Medieval treasure, Nazi pressure: Germany struggles to keep up with demands of its past

The Nazis seized an estimated 20 percent of art in Europe, with scores of items still not returned to the families that owned them.

It was no ordinary art deal.

The sale of a precious medieval collection by a group of tradesmen to the Prussian government in 1935 was notable not only for its treasured contents, but also for its participants.

The sellers were Jewish, a fact that defined their fate in Nazi Germany and hangs over the transaction to this day.

“They know they're under the gun,” Marc Masurovsky, a historian who specializes in plundered art during the Holocaust, said from his home in Washington. “The average position of Jews in Germany as of 1933 is nothing short of dangerous, perilous, fragile and precarious.”

Though historical consensus is clear that state-sponsored Jewish persecution took place from the start of Adolf Hitler’s rule, today three heirs of those very art dealers are struggling to prove just that.

And experts fear a recent U.S. Supreme Court ruling could prove a bitter blow not only to those heirs, but also to hundreds of Jewish families seeking restitution from Germany as it struggles to atone for its past.

Pressured by agents sent by Hermann Goering, the second-most-powerful man in the Third Reich, the dealers sold half of the golden Guelph Treasure to the state for what the heirs say was a third of its value.

After a decade long fight that saw a German commission on Nazi-looted art reject their claims that the treasures were forcibly sold, the heirs took their case across the pond.

But earlier this month America’s highest court unanimously ruled it had no jurisdiction in the case, as the Germans had argued.

The Prussian Cultural Heritage Foundation, which runs Berlin’s state museums, has fought to keep the collection in the city’s Museum of Decorative Arts. It attributed the low sale price to tough negotiations in a damaged art market reeling from Europe’s financial crash, rather than Nazi persecution.

A bipartisan group of U.S. lawmakers called the claim that pre-1939 conditions for Jews in Germany were not persecutory “deeply concerning” in a letter to the country’s ambassador in Washington in October.

“Hearing your grandparents being accused of simply being dissatisfied with whether they made enough profit in 1935 in Nazi Germany is pretty brutal,” said Nicholas O’Donnell, the heirs’ lawyer.

“By the time my clients came to me they felt very ill-treated by the German government.”

The consortium of Jewish art dealers first purchased the collection in 1929, just three weeks before the onset of the Great Depression, in a period of German history known for political upheaval and creative expression. 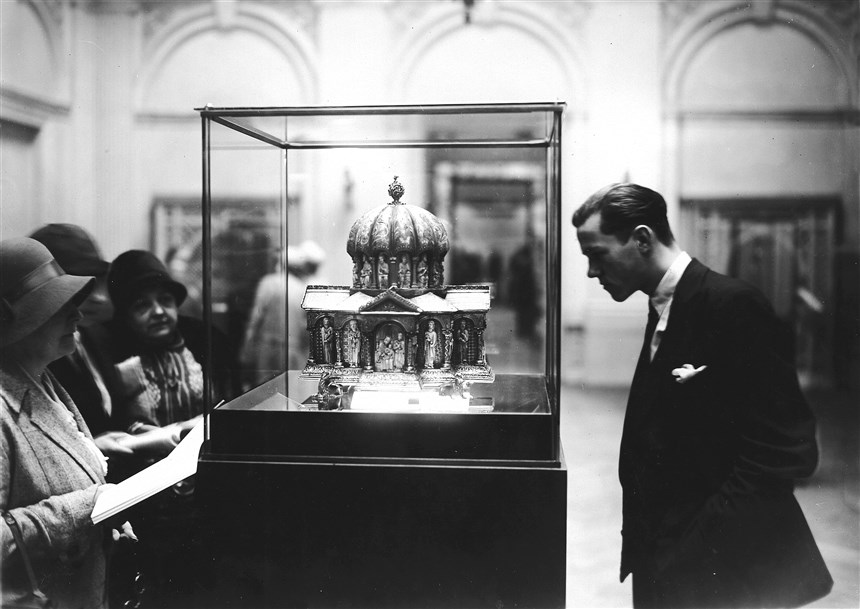 The treasures are now worth an estimated $250 million, but the cost of the case and others like it runs much deeper.

Germany has garnered praise for addressing its dark history, with concerted efforts in education and cultural spaces, but recent years have seen a resurgence in far-right support and anti-Semitism.

And while it also established the expert commission specifically to handle such cases, Jewish families and experts alike have cast doubt on the country’s appetite to help heirs retrieve their stolen property.

The Nazis seized an estimated 20 percent of art in Europe, with scores of items still not returned to the families that owned them.

Faced with the hefty task, dozens of countries signed up to the Washington Principles on Nazi-confiscated art in 1998 in an effort to boost the process.

The German federal government has appealed to private owners, collectors and institutions to follow the nonbinding agreement — under which thousands of objects have been returned to their rightful owners — a spokesman for the commissioner for culture and media said.

The commission has dealt with a mere 18 cases since its creation in 2003. Compared to Austria, the light caseload reflects Germany’s “ad-hoc” approach, O’Donnell said.

“Germany doesn't deserve a win in Nazi restitution cases and I fear that this procedural victory will prejudice other claimants going forward,” said Christopher Marinello, a lawyer and the CEO of Art Recovery International, a firm that specializes in returning looted art. “Seventy-six years after the war, German laws remain wholly inadequate to deal with Nazi-restitution claims,” he added.

Enforcement is also an issue, with the commission struggling to implement its decision over a Jewish family’s rare 300-year-old Guarneri violin in a case that has drawn recent media attention.

It determined in 2016 that the instrument, currently owned by a private music foundation in Nuremberg, was either forcibly sold or seized by the Gestapo after Felix Hildesheimer's family fled persecution. 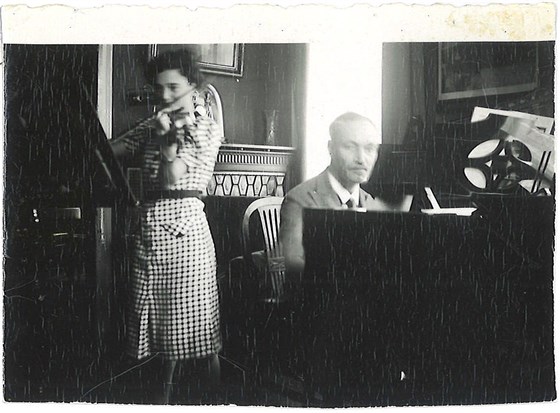 Felix Hildesheimer sits at his piano in Speyer, Germany. The music store owner lost his non-Jewish customers because of the Nazi boycotts, and by 1937 he was forced to give up the business and his family's home.

Because of scant surviving sales records, the commission urged the music foundation to pay the equivalent of $120,000 to the family's surviving grandchildren and keep the violin as a compromise.

But four years later, the heirs have still not received the funds. Last month, the commission issued a stern censure to no avail.

A spokesman said the commission's proposals are not legally binding for citizens and private foundations due to legal fears over infringements on property rights.

Marinello, who is in a separate bitter tussle with Germany on behalf of a Jewish family hoping to retrieve their stolen Degas painting, described stalemates in such cases as “typical.”

“There has been an ever-increasing level of frustration on the part of everyone,” said Sidney Strauss, Hildesheimer’s grandson.

“It is also very important to remember that behind every item reviewed by the commission is a unique, personal family story,” he added. "That may include the loss of a business or a life."

For families like his, the fight to reclaim what they still can goes on.