Database is at the heart of the Italian art squad

A database with data on 1.3 million stolen art objects is the heart of the first and most important art police in the world. 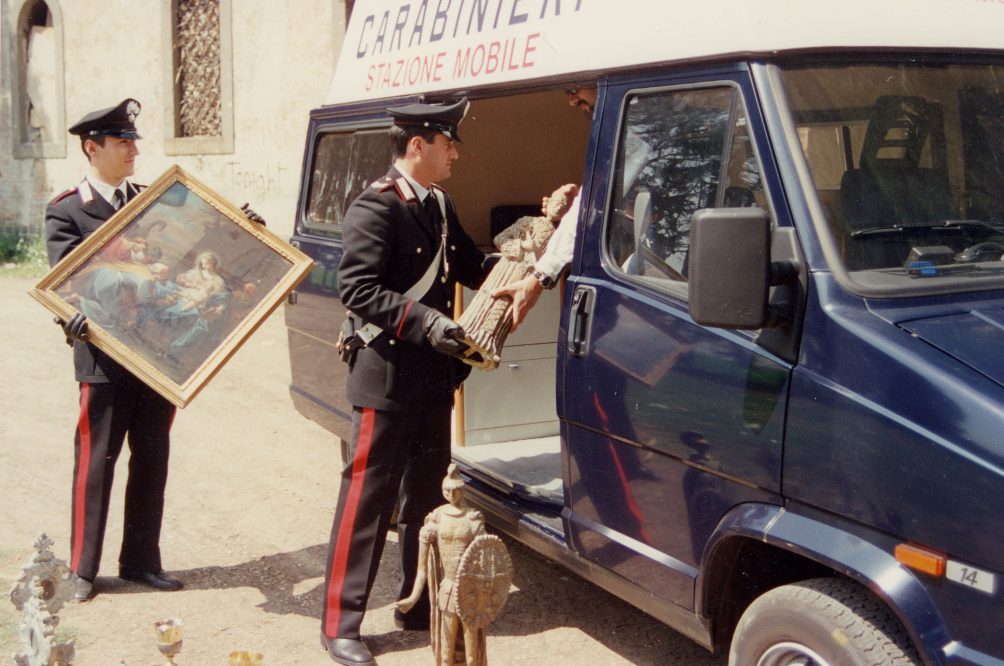 ry buying a Roman amphora, an Etruscan vase, or a (pompous) baroque oil painting on the internet. If you do, there’s a good chance there’s an Italian policeman looking over your shoulder.

Dozens of policemen scour the internet day after day in search of looted art. They are part of the Carabinieri Commando for the Protection of Cultural Heritage; (Comando Carabinieri per la Tutela del Patrimonio Culturale), or art squad for short. “Unlike my colleagues who deal with criminals, our main task is to track down and recover looted art,” says Nicola Candido, the head of the operative department in Rome. If in the meantime, criminals – thieves, fencers, buyers, sellers – are also tracked down, that’s fine, too. “But our absolute priority is to get the art back to Italy,” says the 53-year-old Lieutenant Colonel.

After the Second World War (and also during that war, but that is another story) a massive amount of art and illegally excavated archaeological finds were stolen in Italy and taken abroad. That this could happen (and is still happening), is not so strange. Italy is probably the country with the richest cultural heritage in the world and ranks number one on Unesco’s list of world heritage sites. Italy has more than 4,000 museums and almost 300 archaeological parks, not to mention the countless sites with Etruscan tombs (not yet or illegally excavated) and remains of Greco-Roman culture. There are also some 100,000 Roman Catholic churches, many with art from the Renaissance and Baroque periods. 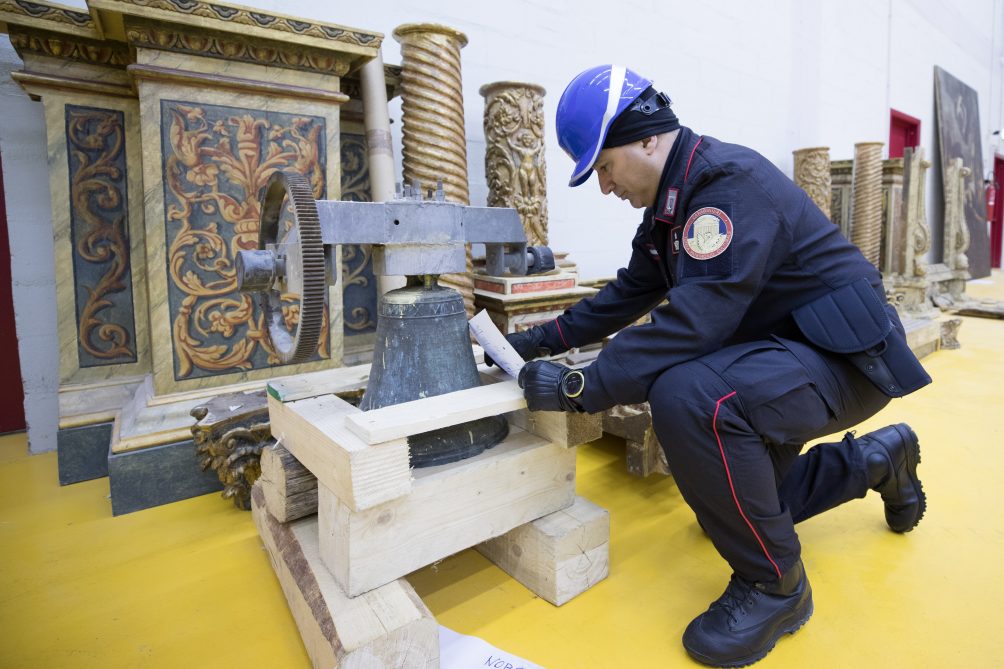 Because of the seriousness of the situation, the Italian art squad was set up in 1969, which was assigned to the carabinieri, the military police. It was the first art squad in the world. Although other countries subsequently set up similar investigative units, the Italian art squad is still considered the world’s benchmark. This is due to the experience of this department, its large number of staff (300 people), its regional presence (15 branches across the country) and, above all, its database of looted art.

When the art squad was first formed in May 1969, they immediately started systematically gathering information about looted art. This developed into a database with detailed data on 1.3 million objects of art, the heart of the art squad. The database is, in fact, anchored in a law from 2004. As long as the Italian Parliament does not decide otherwise, the development and maintenance of this database are obligatory. However, the art squad will never be disbanded because they provide a demonstrable cultural and economic advantage. In 2019, art objects worth more than 100 million euros were recovered.

Luigi Spadari shows a cardboard map measuring 20 by 15 centimeters. “This is what our first database looked like,” says the Lieutenant Colonel, who heads the data processing department. On one side of the cardboard is a photo of and information about a stolen work of art, while the other side features data about the crime. The card held up by the 58-year-old officer is the ‘data entry’ of one of the most sought-after works of art in the world. On the back of the card it says that on the night of 17 October 1969, unknown thieves stole the oil painting “Nativity with St. Francis and St. Lawrence” from a church in Palermo. The work is by the Italian painter Caravaggio. If it were put on the market now, it would easily fetch 200 million euros. But there is no trace whatsoever of the work.

The paper archive was computerized in 1980. But because computer memory was limited in those days, only the texts in the digital database were available. The photos were too big. This was, of course, remedied in a subsequent version. Over the course of decades, the system has developed in such a way that advanced photo recognition is now possible, among other things. Spadari’s team uses this to search the internet. They check international marketplaces and auction sites online for similarities with the database’s data. Thanks to this activity, 623 investigations were launched in 2019.

Most of the stolen art is Italian. Yet ten percent are of foreign origin. For example, in 2015 the French police asked the Italians to enter Banksy’s stolen work from the Bataclan theater in Paris into their database. As a result, the painting was found during a search of a farm in central Italy last June.

The database will be updated shortly (the last update was in 2017). A special search engine is also being built to enable the art squad to automatically obtain information about (potentially illegal) works of art on offer. The new version should also cover the darknet. The art squad has also developed a free app (iTPC Carabinieri). Among other things, people can use their phones to photograph a piece of art and have that photo compared to data from the database.