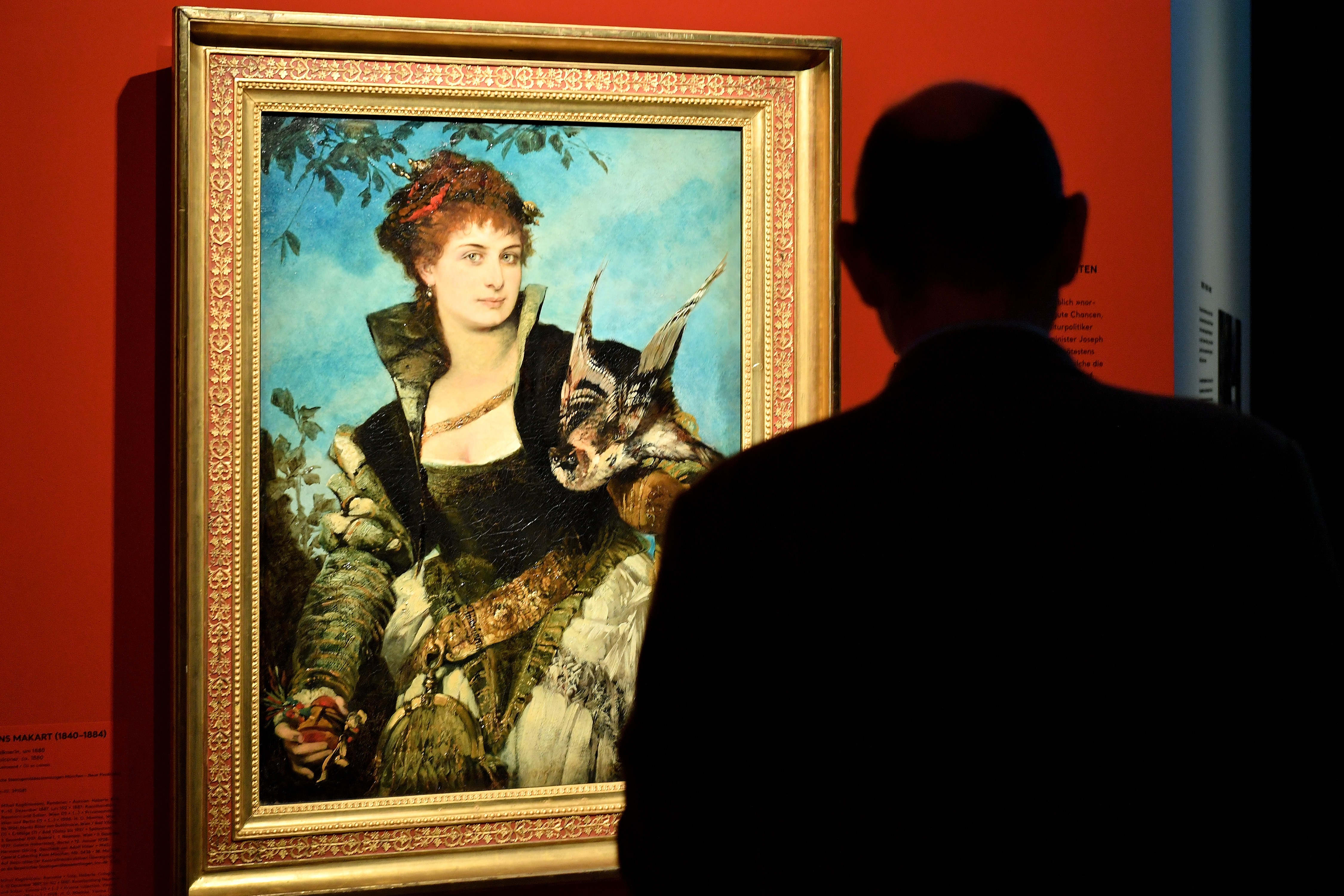 The Falconer' by Hans Makart, on display in the exhibition 'Gurlitt: Status Report Nazi Art Theft and its Consequences' at the Art and Exhibition Hall of the Federal Republic of Germany in Bonn, Germany.

One of the most publicized cases of potentially Nazi-looted art began in 2010, when customs officers stopped 80-year-old Cornelius Gurlitt for a routine check aboard a train traveling from Zurich to Munich. They found that he was carrying a large sum of money, which he claimed was from a recent sale of art. In 2012, Bavarian authorities searched his Munich apartment, expecting to find evidence of tax evasion, and instead discovered approximately 1,500 works by artists including Paul Klee, Édouard Manet, and Wassily Kandinsky. Another cache of art was found in his Salzburg property. Since then, the collection, dubbed the Gurlitt Trove, has been the subject of an international provenance investigation—which, according to a new report by the German publication Monopol, has reached its conclusion.

The results have been published as a series of essays in the anthology “Gurlitt Art Find: Paths of Research,” which was conducted by a consortium of experts and backed, in part, by the German Lost Art Foundation in Magdeburg. The findings offer little in the way of answers about the true provenance of the artworks. Just 14 works from the trove, including paintings by Henri Matisse, Thomas Couture, and Max Liebermann, have been formally identified as having been looted and restituted to the rightful owners. And experts now believe that more than 400 works in the trove were not looted.

That leaves around 1,000 works with provenances yet to be firmly identified. “There is a very large gray area,” said Gilbert Lupfer, head of research at Dresden’s SKD Museum and co-editor of the report, said in an interview with Monopol.

Gurlitt died in 2014, and upon his death, his collection went to the Bern Art Museum in Switzerland. Gurlitt’s father, the museum director and art dealer Hildebrand Gurlitt, had collaborated with the Nazi regime to confiscate and sell artworks from public and private collections considered “degenerate” (largely modern masters). Works from the Gurlitt Trove discovered in 2012 are believed to have been smuggled across the French border by Gurlitt Jr. for his father after the war. Hildebrand Sr. was exonerated of criminal collaboration in 1947, but many have raised suspicion about the works’ provenances.

According to Monopol, the Bern Art Museum will continue its provenance research into Gurlitt’s collection. “If new clues or sources appear, we will investigate,” Lupfer said.