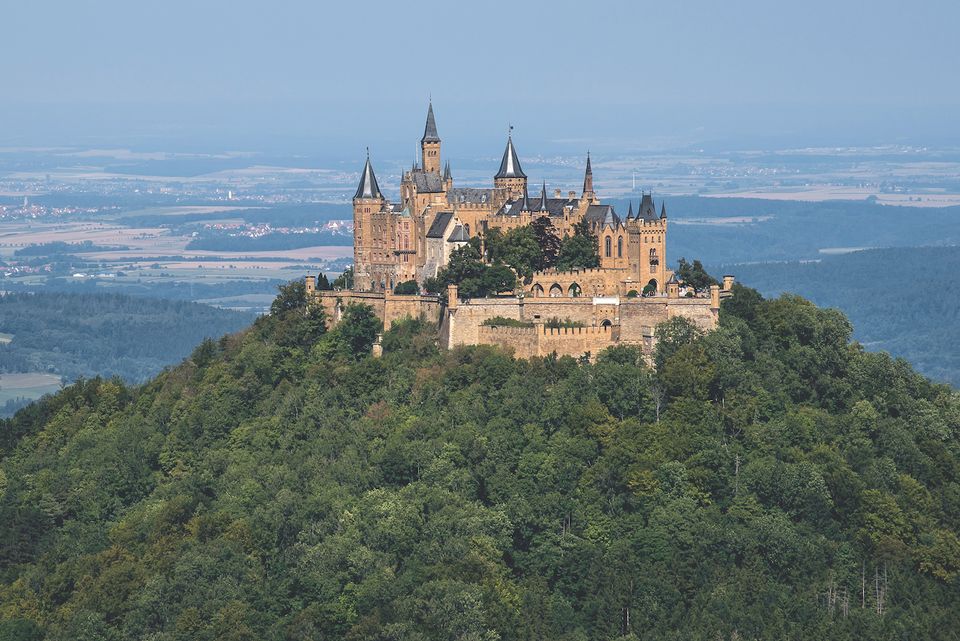 Crown Prince Wilhelm retained some of his assets, such as Hohenzollern castle, but Soviet forces took “by far the majority” of his family’s wealth

Crown Prince Wilhelm of Prussia, the son of the last German Kaiser, who abdicated in 1918, naively hoped that Adolf Hitler would reinstate the monarchy and wrote him flattering letters. The prince was guest of honour at the Day of Potsdam ceremony for the opening of the new parliament on 21 March 1933 following the Reischstag fire. The event was a show of support for Hitler by conservative nationalists that helped him cement power.

But how far did the crown prince go in helping the Nazis? This is the key question in deciding the current claim by his great-grandson, Georg Friedrich, Prince of Prussia, for compensation for thousands of paintings, sculptures, porcelain objects, medals, furnishings, books and documents from the German government and the states of Berlin and Brandenburg. Georg Friedrich has also said he would like to live at the Cecilienhof palace in Potsdam and has demanded at least €1.2m in compensation for expropriated property.

Georg Friedrich’s claim relates to property confiscated during the Soviet occupation and under the communist East German regime. The Hohenzollerns say they lost “by far the majority” of their wealth in the post-war era.

Secret negotiations between state authorities and Georg Friedrich, the head of the former German imperial dynasty, the Hohenzollerns, began in 2014. When reports of the talks emerged last year, they touched off a storm of outrage.

The Left Party launched a petition titled “No gifts for the Hohenzollerns”.

Newspapers dug out a 1934 photo­graph showing the crown prince in a stormtrooper uniform. One of Germany’s leading satirists, Jan Böhmermann, leaked four historical reports on the crown prince’s Nazi ties that negotiators had kept under wraps. He lambasted Georg Friedrich as “Prince Dumb” in a tirade contrasting the government’s discussions with the Hohenzollerns to its failure to compensate victims of genocide in German colonies in the reign of the last kaiser, Wilhelm II. 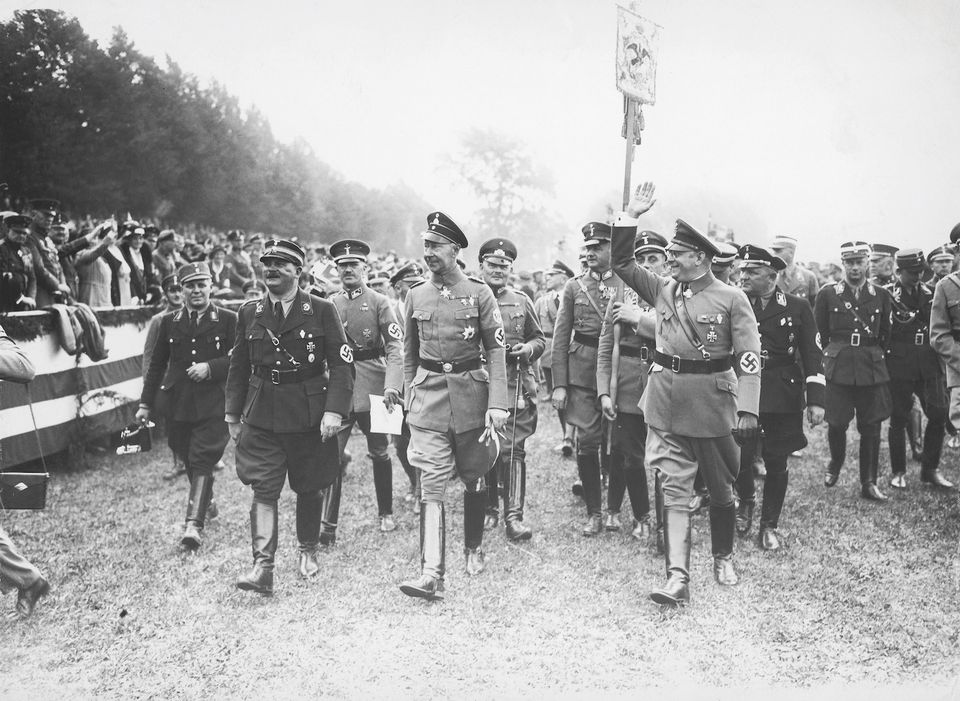 In January, four historians testified to the level of the crown prince’s support for Hitler before the German Bundestag’s culture committee. Three said the crown prince had “considerably abetted” the Nazis, while the fourth said the question could not be answered unequivocally. If a court decides he “considerably abetted” the Nazis, the family will be ineligible for compensation.

Georg Friedrich, whose family ruled in Brandenburg-Prussia for more than 500 years, says he hopes the parties can reach an “amicable settlement” without going to court. “My goal is that all the objects on display should remain where they are,” he said in a statement.

The contested objects are currently in the former royal palaces and residences that now serve as museums in and around Berlin and thousands of objects in Berlin museum collections. The items include works by Lucas Cranach, Adolph von Menzel, Fried­rich Tischbein and Karl Friedrich Schinkel, as well as historic objects such as the armchair in which Frederick the Great died.

In 2016, the Hohenzollerns began withdrawing items in their possession that were on loan to museums such as Charlottenburg Palace in order to enforce their position. Negotiations reached an impasse last year. Christoph Martin Vogtherr, the general director of the Prussian Palaces and Gardens Foundation, told the Bundestag that the state had “reached the limits of what can be justified to the public”.

Political parties are divided on whether to revive the talks. Elisabeth Motschmann and Ansgar Heveling, conservative Bundestag members of Angela Merkel’s faction, urged a deal to avoid “drawn-out, expensive court disputes with an uncertain outcome”. The Greens argue there should be “no compensation for Hitler’s helpers” and that countless documents prove the crown prince was anti-Semitic and anti-democratic.

Before the First World War, the crown prince’s father, Wilhelm II, was by far the richest man in the country. More than 60 railway wagons transported furniture, art, porcelain and silver to his home in exile in the Netherlands. He was also awarded millions of marks and dozens of palaces, villas and other properties following his abdication.

Around 5,000 of the disputed items in Berlin museums once formed part of the collection of the Hohenzollern museum, located in a palace at Monbijou park in central Berlin. The palace was damaged in the Second World War and demolished in 1959. Georg Friedrich favours founding a new Hohenzollern museum to display exhibits relating to the royal dynasty. This idea, Vogtherr told the Bundestag, is “neither in keeping with the times nor appropriate”.

Stephan Breiding, a spokesman for the Brandenburg culture minister Manja Schüle, says a number of public events are planned and that the state of Brandenburg is in close contact with the federal government on how to proceed. “It’s an open question,” he says.