The most high-profile works, a Pissarro and two Signacs, had been looted by the Nazis and recently returned to the heirs of the original owner. 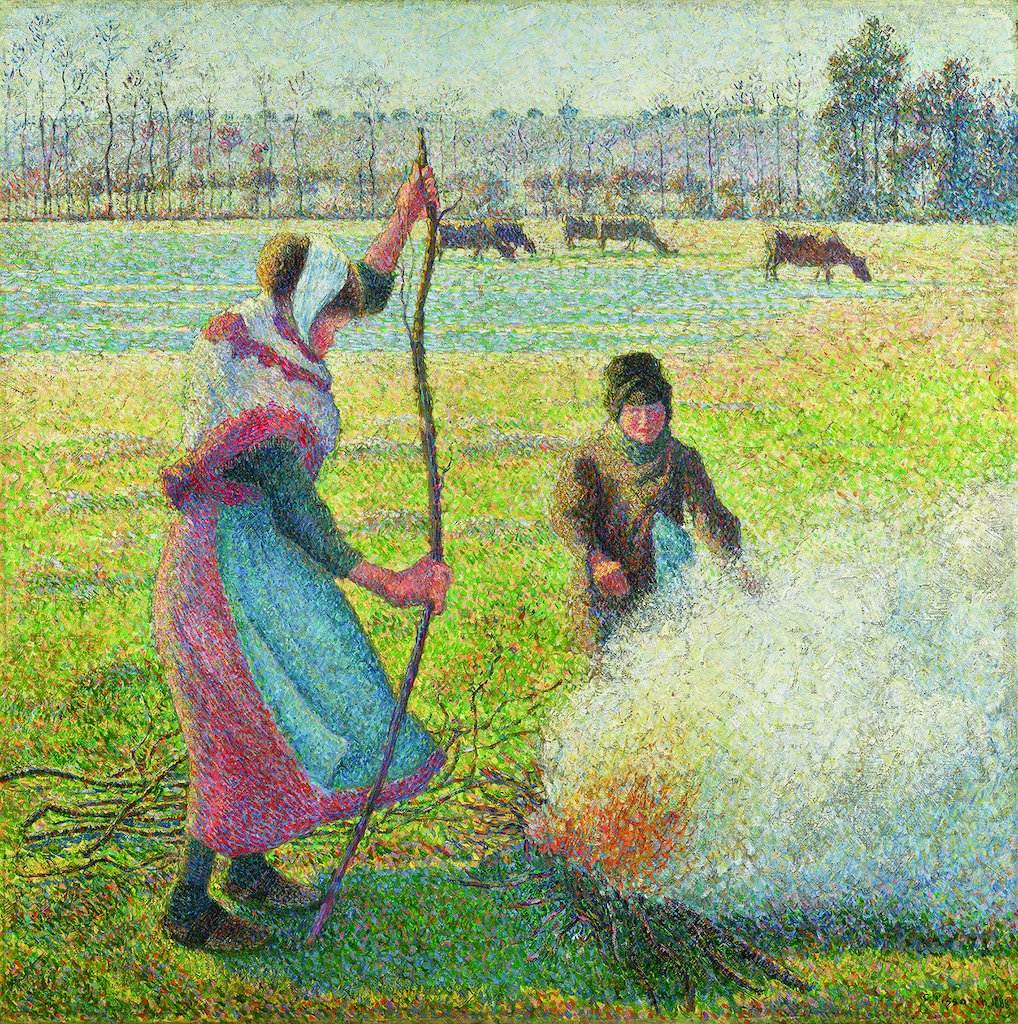 LONDON — In the first serious test of the top end of the auction market since Brexit, Sotheby’s relied heavily on three works that had been looted by the Nazis and restored to the owners’ heirs in an underpowered sale Tuesday of Impressionist, modern and Surrealist art that raised 49.9 million pounds, or $64.9 million.

That total was 43 percent lower than the £87.7 million at the sale last February.

All three of the works had recently been returned to the heirs of the French property developer and art collector Gaston Lévy.

The painting that led the sale, with a price of £13.3 million, was Camille Pissarro’s 1888 Pointillist-style masterwork, “Gelée Blanche, Jeune Paysanne Faisant du Feu” showing two figures in a field on a sunlit winter morning. It had been on display at the Musée d’Orsay in Paris from 2000 to 2018 after having been seized by the French authorities from a private collection in 1988. The painting had been looted from Mr. Levy in 1940, during the Nazi occupation of France, according to the catalog.

The prestige of the Pissarro name and the painting’s former presence at the museum encouraged five telephone bidders to push the price for the canvas beyond its £12 million upper estimate.

The other two high-profile pieces were the work of Paul Signac, a Neo-Impressionist artist, who had been a personal friend of Mr. Lévy. 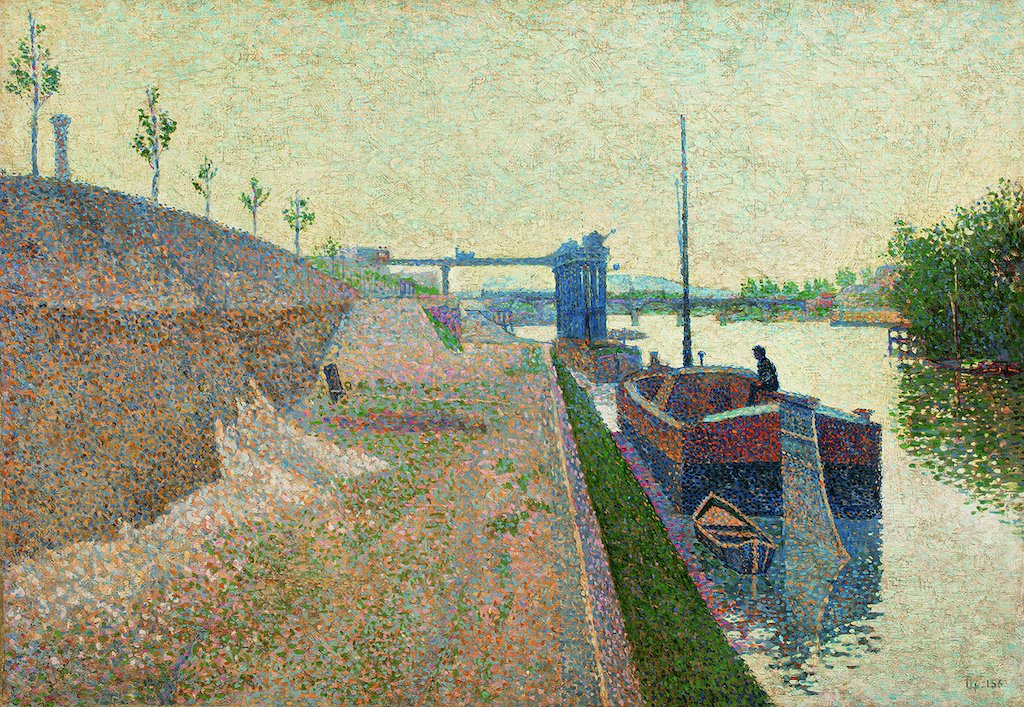 Signac’s fine, if somber 1887 painting, “Quai de Clichy: Temps Gris,” was among the works in the cache found in 2013 crammed into the Munich apartment of the recluse Cornelius Gurlitt, son of the Nazi-era art dealer Hildebrand Gurlitt. Research revealed it had been acquired by the elder Gurlitt in the 1940s. It was only the second ex-Gurlitt work to so far appear at auction, according to Lucian Simmons, a senior specialist in charge of restitution at Sotheby’s Impressionist and modern art department. Five telephone bidders pursued the work, which sold for £1.3 million.

Signac’s opulently colored painting of Istanbul, “La Corne d’Or. Matin,” from 1907, had also hung in the Musée d’Orsay. It sold for £7.6 million.

Mr. Simmons explained that the shadowy pasts of these looted paintings enhance the security of their provenance once they have been restored to the owners’ heirs. “It brings fresh material to the market,” he said. “Once it’s been restituted, you can be confident there isn’t going to be a claim on it. These pictures tell a story, and there’s redemption at the end.” 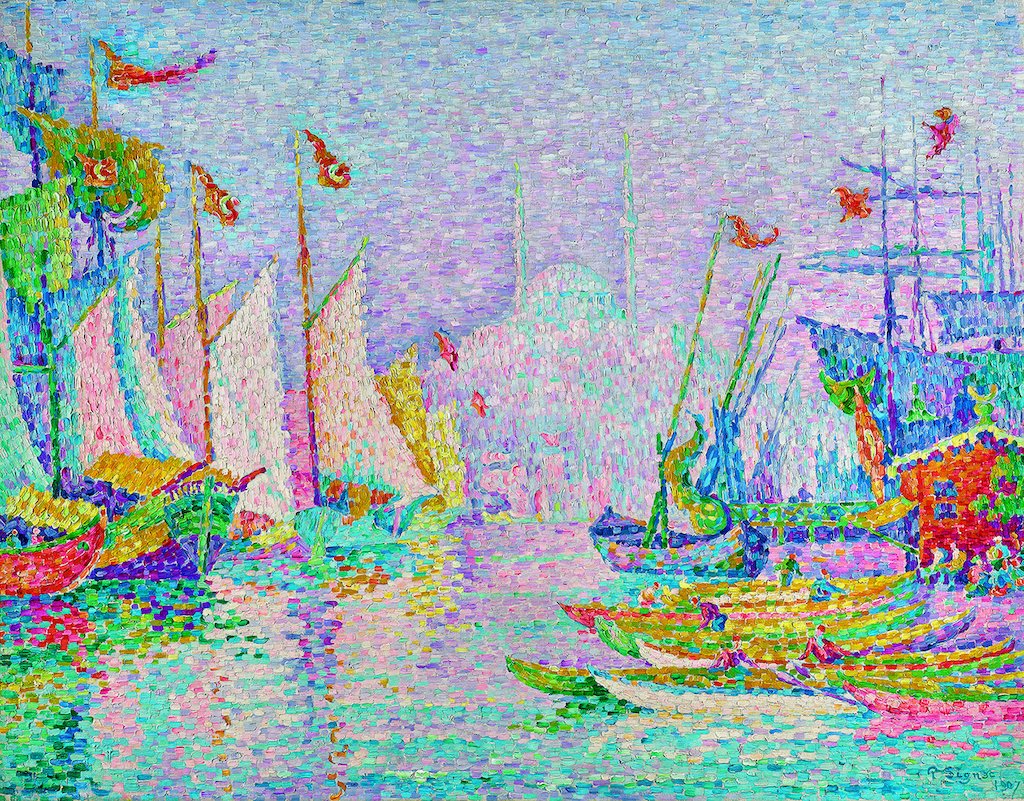 Heinrich zu Hohenlohe, an art adviser based in Berlin, said Sotheby’s had “struggled to get works for the post-Brexit sale.” Instead, he said, “They’re focusing on New York and private sales. The fireworks will be at the auctions in May.” He was referring to Sotheby’s, Christie’s and Phillips’s spring sales in Manhattan.

Richard Nagy, a London-based dealer in German Expressionist art, said, “Brexit and the general election had an impact.” Auction houses are now selling more privately, denuding their public sales, he said. He noted that sellers often use New York as a center for high-market items, and that they “also have to feed Paris and Hong Kong.”

Remarkably, Sotheby’s sale did not include a single work by Picasso, who has been the mainstay of the Impressionist and modern market for years. The rare and vibrant 1912 gouache, “Two Blue Donkeys — Horse and Donkey” by the short-lived German Expressionist artist Franz Marc was instead the night’s other main success, selling for £4.1 million, more than double its high estimate. Unlike the recently returned pieces, this work on paper had been in the same private collection for over a century.

Christie’s rival London auction of Impressionist, modern and Surrealist art on Wednesday evening is estimated to raise at least £73 million.