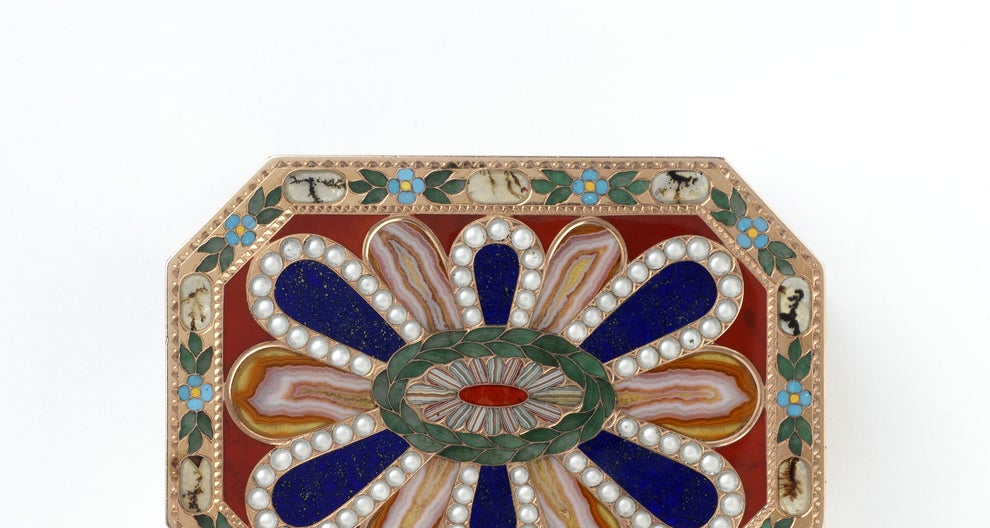 A rectangular, gold-mounted snuff box made in Dresden by Johann Christian Neuber (1735-1808). The box was at one time in the collection of the Gutmann family but its whereabouts for much of the 20th century is not known

In 1943, a Dutch banker and art collector called Friedrich Gutmann and his wife Louise boarded a train which they believed would take them to relative safety in Italy. Instead, the train took them to a Nazi death camp.

Within a year, Gutmann, whose Jewish father founded the Dresden Bank, was murdered. The precise circumstances of Gutmann’s killing in the Theresienstadt Ghetto remain unclear but it is believed he was beaten to death after he refused to sign a document transferring his family’s possessions to the Third Reich.

Among those possessions had been a renowned art collection which at one point included an exquisite gold snuff box made in the German city of Dresden in about 1780. Some 75 years after Gutmann’s murder, the snuff box is one of eight objects that feature in a new exhibition designed to highlight the story of Nazi looting and its links to a collection in one of Britain’s leading museums

The Victoria and Albert Museum has opened its Concealed Histories: Uncovering the Story of Nazi Looting show to highlight the work done by Jacques Schuhmacher, an expert on restitution of stolen Jewish art who is Britain’s first curator dedicated to research on the provenance or previous ownership of art works. 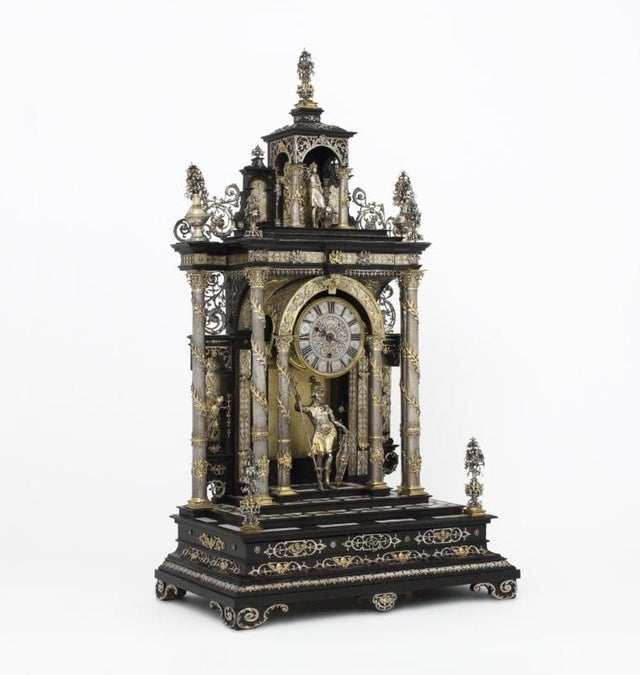 Made around 1610, the Augsburg Clock was owned by German Jewish clockmaker Nathan Ruben Frankel. After his death, his collection was passed to family members, many of whom were murdered in the Holocaust. The whereabouts of the clock during the period of the war - and for many years afterwards - is unknown

His work has focused on 80 objects in the Gilbert Collection - an extraordinary array of 1,000 decorative items gathered by British Jew Sir Arthur Gilbert and his wife Rosalinde, who were themselves the children of eastern European Jewish immigrants.

The resulting exhibition is the first in Britain to not only seek to explain the story of the Nazis’ systematic theft of Jewish-owned art, much of which has never been returned to its rightful owners, but also to appeal to the public for information about items Gilbert Collection where their provenance is unclear.

In the case of the Gutmann snuff box, its fate for most of the 20th century remains unknown. The last confirmed date for the treasure being in the Gutmann family is 1912, when it was listed in an inventory before the collection was passed to Friedrich, who was raised as a Protestant but fell foul of racist Nazi laws on Jewish heritage, upon his father’s death in 1925. 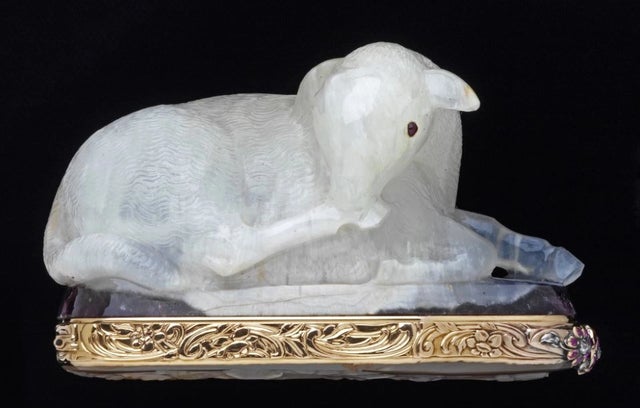 Among those possessions had been a renowned art collection

The collection was seized by the Nazis in 1942 and the box next turned up at an art auction in 1983, four years before it was sold to the Gilberts with no information about its provenance.

Mr Schuhmacher told i: “We don’t know if the box was in the collection when it was taken by the Nazis. It is not listed in the records of what was taken from the Gutmann family, so it may have been sold before then or it is possible there was a mistake in the Nazi documents.

“But clearly there are troubling possibilities. The point of this exhibition and my work is to adopt a pro-active attitude, to be very transparent and to say to the public do you recognise any of these objects - could they have perhaps once belonged to your family?”

The exhibition, which opened on Friday, offers a mixture of objects - some which were seized from Jewish families but then restituted after the war and others, like the snuff box, which were owned by Jewish families whose members were murdered in the Holocaust and whose journey before reaching  the Gilbert Collection is unclear.

Another object with a potentially difficult past is an elaborate 19th century table clock owned by Nathan Ruben Frankel, a German Jewish clockmaker whose own collection of timepieces was split up in 1909 among family members, many of whom were later victims of the death camps. The table clock only resurfaced in 1979, again with no information on where it had been.

Mr Schuhmacher said that, like nearly all collectors active during the 1960s and 1970s, the Gilberts, who donated their collection to Britain in 1996, asked few if any questions about the past history of the glittering treasures they acquired because awareness of restitution issues was minimal. At the same time the Gilberts were also longterm and generous donors to causes to commemorate the Holocaust. 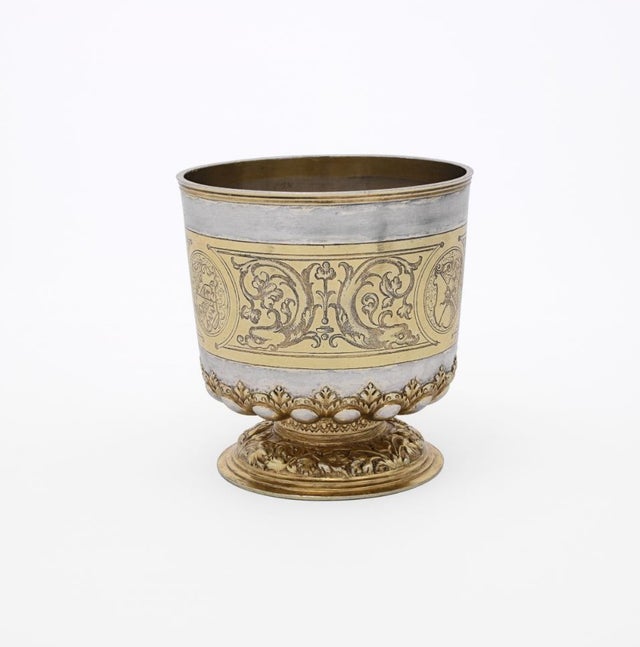 While museums and art galleries in continental Europe, in particular Germany and Austria, have long employed provenance experts to assess and vet their collections for stolen art, British institutions have lagged behind.

Mr Schuhmacher says it is increasingly urgent for all museums to look at their collections for possible restitution issues, not least because survivors of the Holocaust and relatives who may remember objects in pre-war homes, are reaching advanced ages.

He said: “There is a misconception that museums in Britain have been dragging their feet on this issue and hoping that the problem would go away.

“This is not the case but it is difficult and expensive work to establish provenance. It is at the end of the day a funding issue and museums are in a position where they have to make tough decisions on how to spend what money they have.

“My hope is that this exhibition will build some positive momentum. Nobody intentionally wants an object that wrongly derives from the Holocaust in their collection. It is not something to be afraid of - it is right to be proactive.”