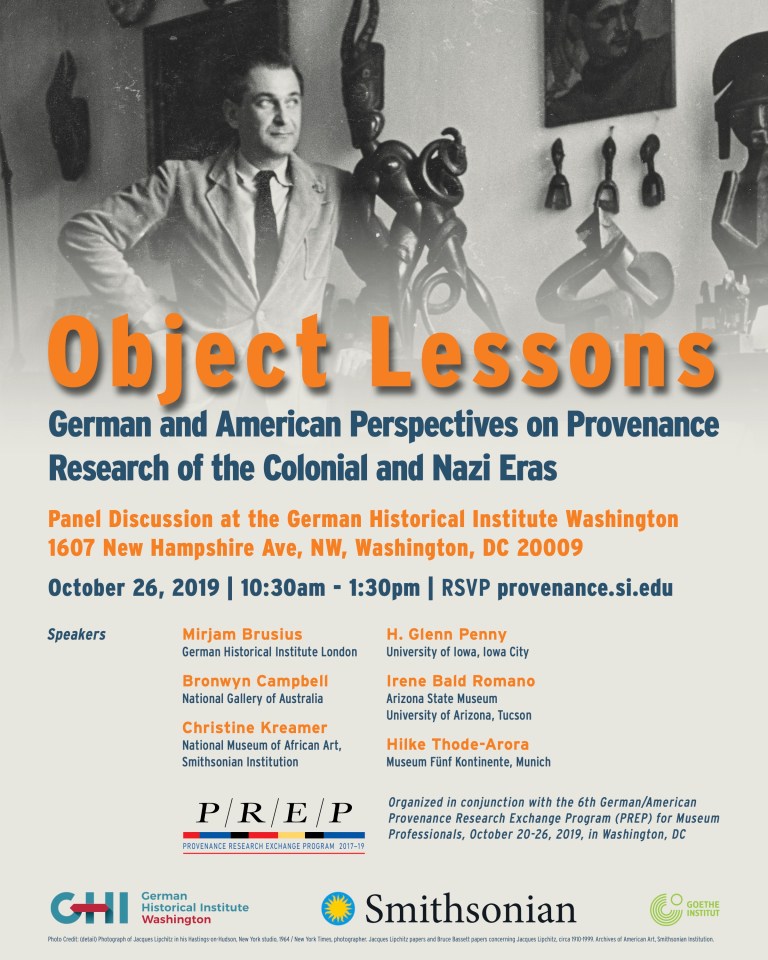 The German Historical Institute, the Smithsonian Institution, and the Goethe-Institut Washington have organized a public panel discussion on October 26, 2019, titled “Object Lessons: German and American Perspectives on Provenance Research of the Colonial and Nazi Eras.” Please register online.

Where is the object from? Who did it belong to? How did it enter the collection? Nowadays, hardly any curator can avoid dealing with these questions before exhibiting or acquiring works of art or other cultural objects. Provenance has become an essential factor for public acceptance of the legitimacy of holdings in national museum collections worldwide as a consequence of two broad trends. On the one hand, a broad Washington Principles. On the other hand, there have been numerous heated public debates in recent years about the unlawful or unfair appropriation of cultural assets and the possible restitution of such items.1 Concern about the origins of objects is growing for libraries and archives too. Thus, provenance research has become a globally sought-after discipline.

From October 20 to 26, participants of the 6th German/American Provenance Exchange Program (PREP) will meet in Washington, DC. As its name suggests, the program brings together German and American museum professionals and other experts in the field to discuss the methods and practices with which they have thus far approached the issue of provenance, in particular for art looted in the Holocaust era. Several of us wish to take the occasion of this meeting as an opportunity to reflect on the nexus of provenance research and the history of knowledge in a short series of posts here. What follows are my nascent ideas about several areas in which provenance research and the history of knowledge might intersect and yield synergies.

In general, provenance researchers try to reconstruct the previous owner history of an object based on the object itself. In a way, they resemble archaeologists attempting to infer knowledge from material remains. For provenance researchers, however, the object is usually only a starting point. In most cases they can work with further documentation. While using objects as sources, they also search the objects for traces of previous owners such as stamps, labels, or engraved numbers. Object histories or “biographies” have long since ceased to be purely of art-historical or legal interest. Since the “material turn,” historians have approached artefacts as alternative sources for understanding knowledge production and started writing histories of—or informed by—material culture.2 For their part, art historians have also been crossing disciplinary boundaries, for example when Bénédicte Savoy explores the “provenance of culture” and asks “how, through the detour of the object, possibilities arise for writing a transnational history of Europe.”3

Provenance research—the determination of the origin of objects—is by no means new, but it has become considerably more a discipline and profession in the last twenty years. A special language, networks, digital platforms, subsidies, academic chairs, and professional associations have emerged relatively recently. Due to accelerated and officially supported provenance research in Germany, which to a large extent responds to public and political pressures, the discipline has developed into something dynamic, experimental, and expanding, even if there are still many open questions about its future orientation and organization.4 Therefore, at this point, a history of knowledge approach could be used to understand provenance research’s own history.5 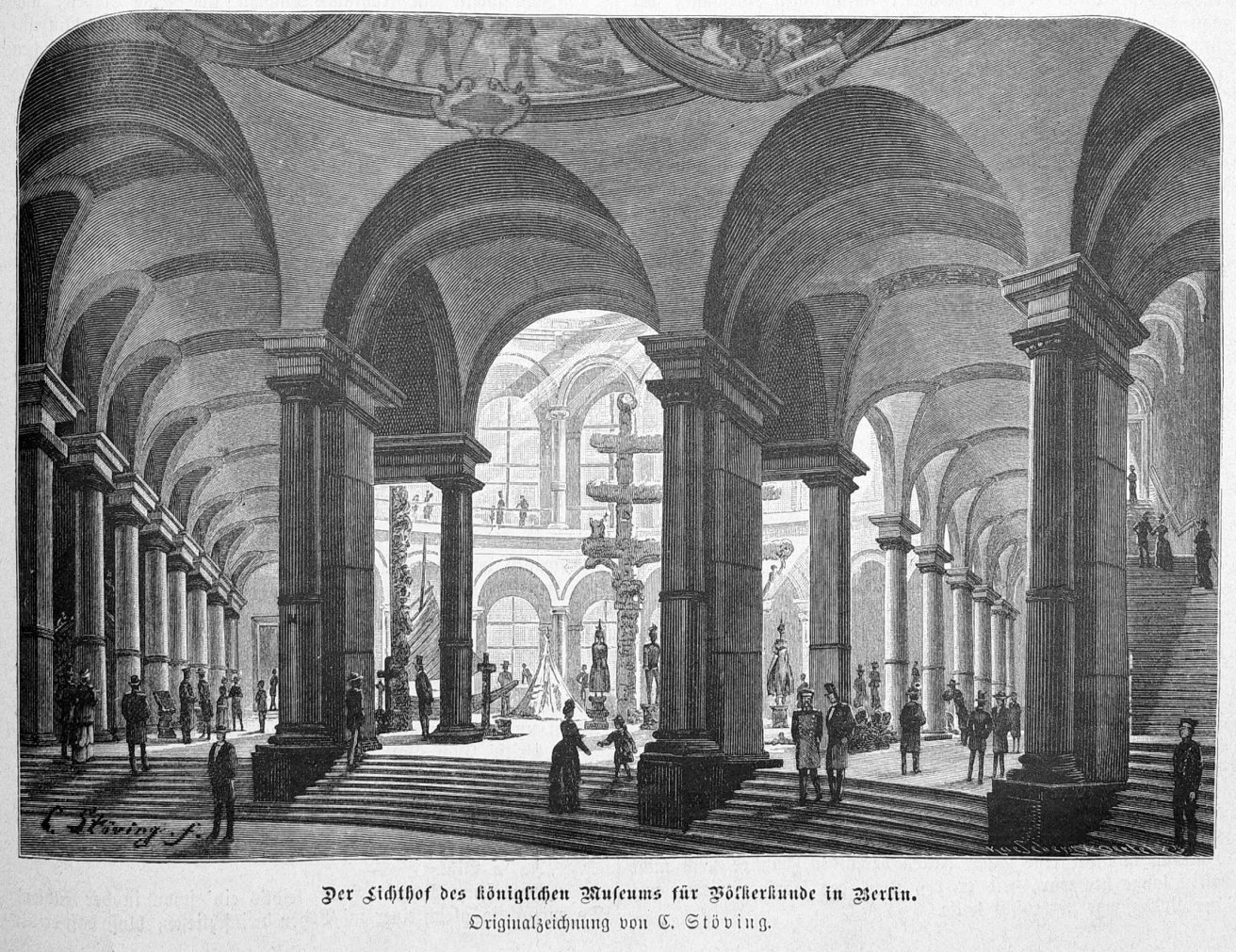 This drawing by C. Stöving from a popular German periodical shows a broad spectrum of different visitors in the Atrium of the Royal Museum of Ethnology in Berlin. Objects such as Indian tents and a huge torture pole are on display. Source: Die Gartenlaube, 1887, p. 549, via Wikimedia Commons.

Provenance research is closely linked to the history of collecting artefacts and thus also to the European boom in creating large national museum collections of art, archaeological finds, and ethnographical materials during the “age of empire.”6 During this time, collecting objects, producing related knowledge, and the quest for imperial power reached their peak and were closely entangled. Expeditions, excavations, conquests, and trade wars in distant countries contributed to the transfer of non-European objects to Europe. These objects were removed from their original contexts, that is, alientated from their origins, with or without coercion. These circumstances meant that museum goers in Europe encountered a version of knowledge about foreign cultures through exhibits that usually had more to do with the formation of Europeans’ own imperial cultural identity and tastes than with the original cultures from which the objects came.7 An unequal “order of knowledge” prevailed.8 Such inequalities are reflected in the transmission of objects’ provenances as well: Provenances considered important—like the origin of the object from a famous aristocrat’s collection—were of course recorded and handed down to the next generation, whereas others were immediately forgotten. 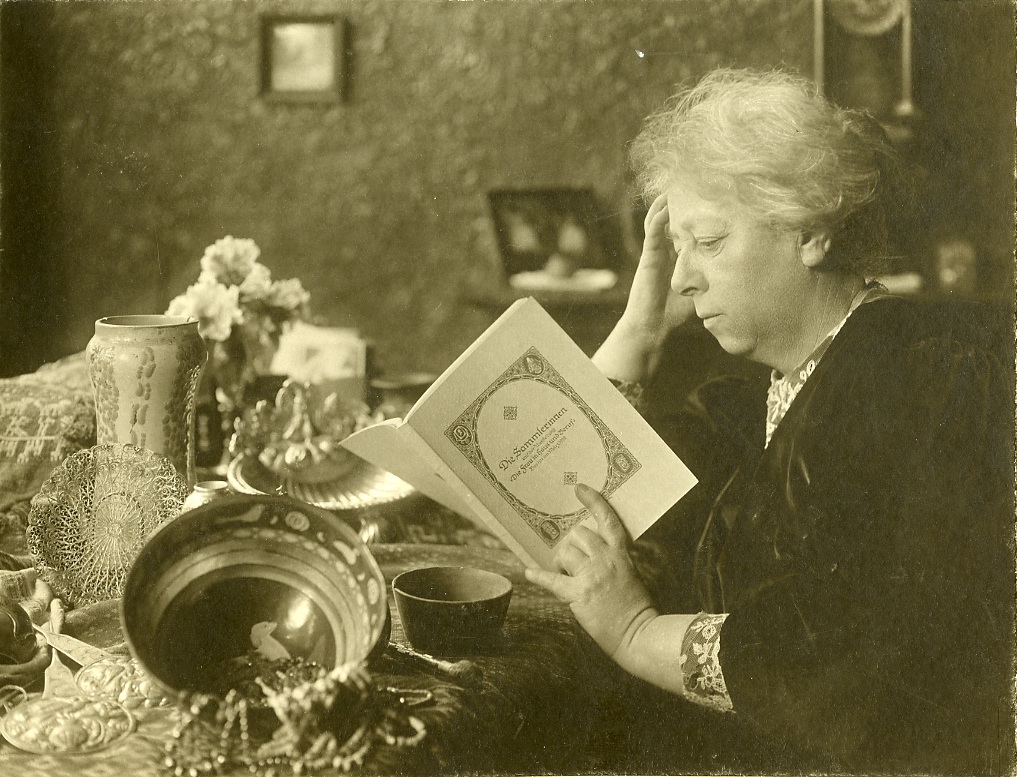 Caecilie Seler-Sachs with objects from her South American ethnographic collection. She is pictured reading the exhibition catalog of a project that attempted to strengthen the role of women in an apologetic and effective way, The Woman as Collector. Source: Die Woche 15, no. 23 (June 7, 1919): 967. 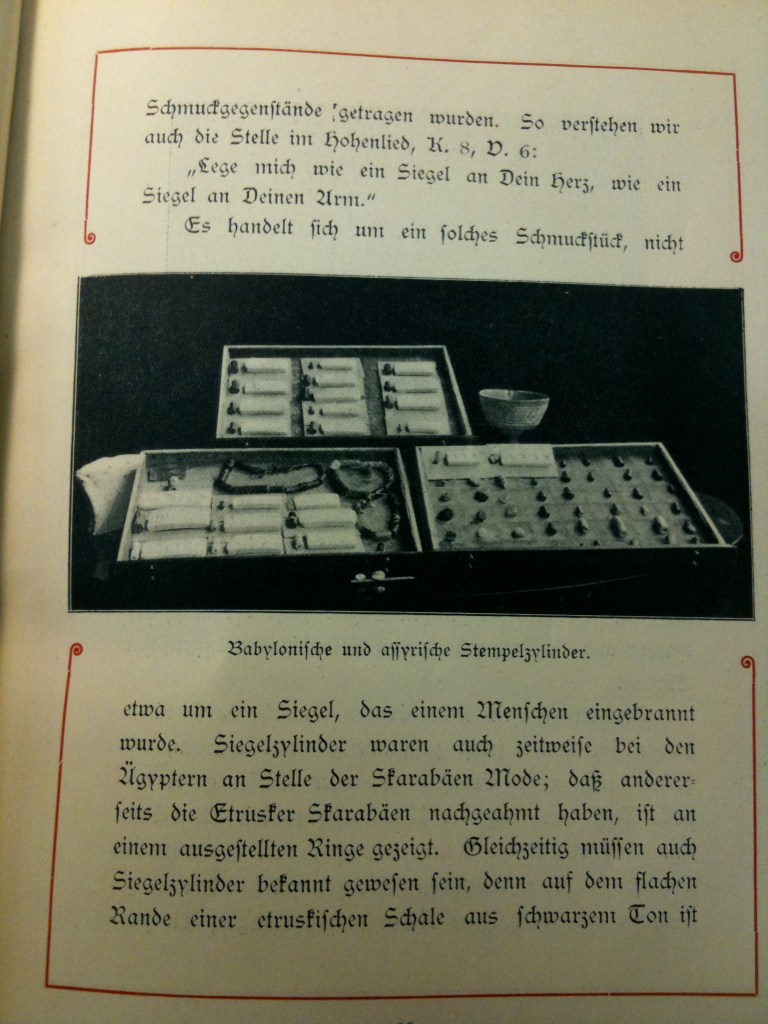 In late nineteenth century, important private collections were built up, and they shaped cultural life in European cities. Some of these collections focused specifically on non-European cultural assets or combined them with European works of art. At the same time, the art market and the various scientific disciplines that dealt with special object groups became more professional. European forms of expert knowledge emerged in public universities and museums in close interaction with object collections. These sites of knowledge production and discipline formation tended to exclude not only the makers or previous owners of the non-European objects in distant countries but also to keep out interested European women. Nevertheless, some women of means stepped in and managed to inscribe themselves in the knowledge production of their time by collecting, exhibiting, and sometimes dealing in non-European objects, albeit at times in the face of harsh misogynistic hostility from contemporaries.9 This exemplary exclusion of women from the process of knowledge production is also noticeable in provenance research, where identifying female collectors as previous owners is often much more difficult than identifying their male counterparts.

Allow me to offer a concrete example of situated knowledge in terms of gender. That of Frida Hahn, a Berlin collector of archaeological artefacts around 1900, demonstrates how knowledge in the context of Orientalism could be derived from an object deployed in the contemporary political struggle for emancipation.10 Stimulated by archaeological lectures and trips to the Orient as well as by the influence of her brother Moritz Sobernheim, a well-known orientalist, she had collected artefacts since her early youth. Her collection included Old Oriental, Greek, and Roman cabarets; Etruscan bronzes; Arabic faiences and glasses; Coptic animal sculptures; magnificent gold jewelry from the Old Babylonian period; and Old Oriental seal cylinders. The most prominent work in her collection was a clay tablet from the 13th century BCE with a text in Assyrian cuneiform script.11 In the inscription the Great Queen Naptera of Egypt expresses to the Great Queen of the Hittites Puduhipa her joy at the conclusion of a peace treaty. The text was considered by contemporary scholars to be the earliest known writing stemming from a woman. Frida Hahn knew how to interpret this assumption in terms of women’s emancipatory aspirations. She argued in a provocative 1912 catalog entry for this object, “It is probably the oldest testimony to the political activity of a woman whose influence in the ancient Orient was apparently greater than it is today.”12 Frida Hahn’s allusion can be read as a criticism of the continuing political and legal discrimination against women in the German Empire, even after the German Civil Code took effect in 1900.

The example of Frida Hahn’s collection reflects not only the derivation and use of specific contemporary knowledge based on old objects but also what Nazi persecution could do. After 1933, Frida and her husband Georg were persecuted as Jews by the Nazis. They managed to emigrate to Rio de Janeiro via Great Britain in 1939. The exact fate of the collection pieces has not yet been researched, but it can be assumed that at least one piece of her collection is now in the Metropolitan Museum of Art in New York.13 The object was sold to the museum after the war by Georg Hahn, so the last link in the provenance chain is pretty clear. Yet Frida Hahn’s name does not appear, nor any explicit knowledge of how and why she came to own it.

I would like to invite others to also consider how insights and terminology from the history of knowledge might be prove useful in provenance research. At the same time, I invite historians to consider what working more concretely and intensively with object biographies might teach them. Please stay tuned for additional posts on this subject by my PREP colleagues, and join the conversation on Twitter with the hashtags #PREPexchange2019 and #histknow.

Anna-Carolin Augustin is a research fellow at the German Historical Institute Washington.