The 15th-century panels are the latest works of art to be restituted to the heirs of Harry Fuld Senior, but hundreds of items are still lost. 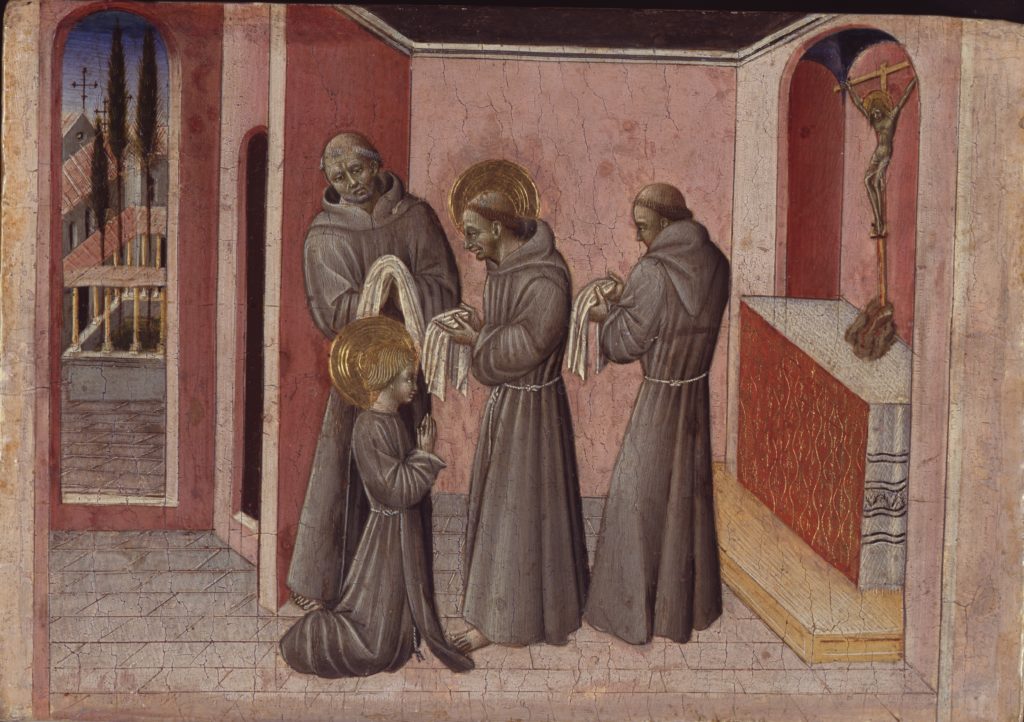 Germany has returned two late medieval panels to the heirs of a famous Jewish art collector. The religious paintings, which were in Berlin’s Gemäldegalerie (Old Master Gallery), originally formed part of the remarkable art collection of the Jewish businessman Harry Fuld Senior. They are the latest pieces of Nazi-looted art to have been successfully recovered by his heirs, although hundreds of items remain missing.

The panels by the Italian artist Giovanni di Paolo depict two scenes of the life of St. Clare of Assisi. The Clothing of St. Clare By St. Francis, and St. Clare Rescuing the Shipwrecked. Both date from around 1455.

The Prussian Cultural Heritage Foundation organized the restitution. “I am glad that the provenance of the two predella panels, which are probably the most important works belonging to the collection of Harry Fuld Senior, could be clarified, and that they could now be returned to the descendants,” the foundation’s head, Hermann Parzinger, said in a statement.

The foundation has previously overseen the restitution of a late medieval alabaster relief in 2009, and two fabric fragments in 2012 to Fuld’s heirs. In an agreement with his descendants, the alabaster relief can still be seen at the Bode Museum in Berlin.

The art collector Harry Fuld Senior owned a Frankfurt-based company that produced and sold telephones. After Fuld’s death in 1932, his wife Lucie Mayer-Fuld and his two sons inherited shares in the company, but they were expropriated by the Nazi regime. In his will, Fuld stated that his estate should not be distributed to his family until 1950, but his wishes were never carried out as his wife, children, and the executors of the will were Jewish.

After the family lost their company, Mayer-Fuld fled to France, and his two sons—Harry Fuld Junior and Peter Fuld—escaped to England. In 1940 the two panels were bought by what was then called the Kaiser-Friedrich-Museum, and entered the national collection. They were sold by the art dealer Carl Bümming, who was acting as an intermediary for an unknown party. While it is unclear who Bümming worked for, the foundation accepted that the works were confiscated during the Nazi era.

More than 500 items in Germany’s lost-art database are listed as belonging to Mayer-Fuld. These include 13 paintings, 18 sculptures, and more than 482 craft and folk artworks, as well as two library objects, and two graphic objects.

Last month, two Louis XVI vases, which are estimated to be worth around $120,000, were returned to Mayer Fuld’s heirs. Christie’s New York alerted the FBI’s art crime team after they were consigned for sale and the Fuld name raised alarm bells.