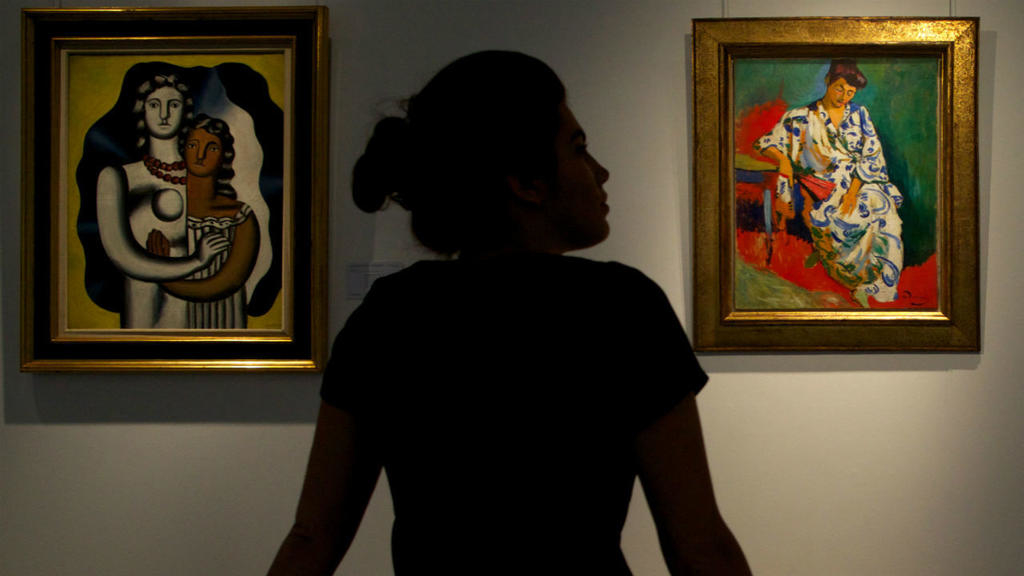 A gallery assistant poses in front of "Madame Matisse au Kimono" (R) by French artist André Derain at Christie's auction house in London on April 4, 2013. This portrait of the wife of artist Henri Matisse was painted by Derain in 1905.

When Claire Touchard entered the Paris courthouse on Thursday, she was hoping the judges would rule in her favour and force the state to return three paintings that belonged to her grandfather, art collector René Gimpel, before World War II.

But as her lawyer received the ruling from the clerk’s office, Touchard's hopes were dashed.

The court ruled there was too much uncertainty to determine whether the paintings, all by Fauvist artist André Derain, had been plundered and sold during the war. The valuable works of art will therefore remain where they are now, at the Modern Art Museum of Troyes and Marseille's Cantini Museum.

“We lost a battle, but not the war. The court was too prudent. You need courage to take paintings away from national museums,” Touchard told FRANCE 24. “We will appeal this ruling and clear up our case.”

She continued: “I’m doing this for my grandfather. He and other great Jewish art dealers were forgotten once they lost their status during the war. He died and couldn’t defend himself. I’m also doing this for other families going through the same hardship.”

The case was closely followed in the art world, as other paintings are believed to be in a similar state of limbo. Tens of thousands of art pieces that belonged to Jews before the war were owned by other people once the war was over. How many of them were looted or illegally sold remains unknown. 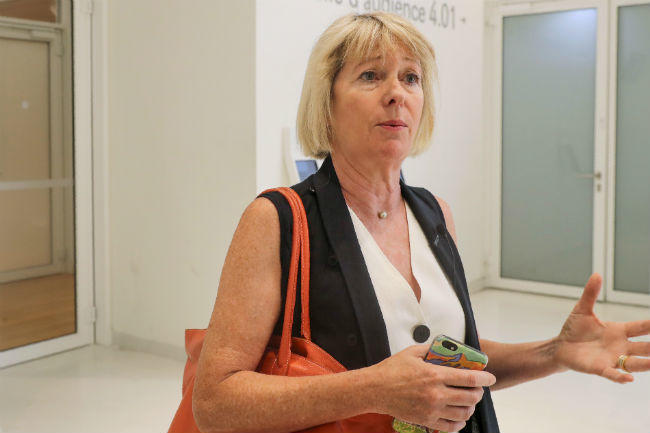 Jacques Demarthon, AFP | Plaintiff Claire Gimpel speaks to the press as she arrives in the courtroom for the opening of a trial with members of her family, descendants of a Jewish art collector, who file suit against the state for restitution of three André Derain paintings looted during WWII, on June 25, 2019.

The story of René Gimpel was a family secret for decades. It is only in recent years that his grandchildren discovered what happened to him.

When he purchased the three Derain paintings in 1921, Gimpel was one of Paris’s biggest art dealers, owning galleries also in London and New York. Pictures from his Paris home and gallery show walls filled with masterpieces, including Derain's “A View of Cassis”, “Chapelle-Sous-Crecy” and “Pinewood in Cassis”, painted between 1907 and 1910.

When the war broke out, the art dealer’s world was shattered. He traveled to the south of France, to take his family to safety, but could no longer return to his home and gallery in Paris. He had no access his art collection. Gimpel could only sell paintings though his housekeeper and a relative who remained back in Paris.

He joined the Resistance with his sons. Too old to fight, he helped with the financing.

“Azure Transport was one of the groups he funded. They smuggled weapons in trucks used to transport coal,” said Touchard.

In 1941 the Vichy regime, led by Marshal Petain, imposed a series of anti-Semitic laws banning Jews from owning and selling property. Gimpel asked two shipping companies he had worked with for decades to transport dozens of boxes filled with art to Cannes, hoping to sell or salvage some of his collection. But before the boxes were shipped off, German officers reportedly seized them.

Gimpel tried to sell other paintings through galleries that agreed to conceal his identity. His family says he sold off what he could, far below market prices due to his desperate circumstances. Under French law, that type of sale is considered a “forced sale” that amounts to illegal plundering or despoliation.

It is unclear if Gimpel sold his Derain paintings and under what circumstances.

In 1944, another art dealer denounced him to occupying authorities. He later died at the Neuengamme concentration camp.

After the war, his sons reclaimed some of the art works seized during the war, but not the paintings that were sold under vague circumstances.

“René Gimpel’s life was tragic, but the case brought forward by his family doesn’t hold together. There are numerous inconsistencies,” said Beatrice Cohen, the lawyer representing the Troyes Modern Art Museum, where two of the paintings are exhibited. “There is no doubt René Gimpel purchased the painting in the Drouot auction room in 1921, but the family failed to prove those specific paintings were still in his possession during the war. Their reference number is different in Gimpel’s stock ledger, the sizes are different and so are their names.”

“Twenty years ago, I pleaded in a similar despoliation case, lost the first trial and won the appeal,” said Hershkovitch.

At least 100,000 cultural objects were looted during the war or sold under pressure, according to a new office under the culture ministry that was created this year in order to return stolen art from the WWII period to families, la mission de recherche et de restitution des biens culturels spoliés.

About half of those objects have been returned to their owners or their descendants. Thousands of others are exhibited in museums and in private collections.

The head of the mission, David Zivie, said he prefers to play it safe.

“If I return art pieces to families whose ancestors once owned them without solid proof that they were looted, what will I say when other families come later on, with all the proper documents showing the pieces were stolen from their ancestors?” he asked. “I would rather be cautious.”