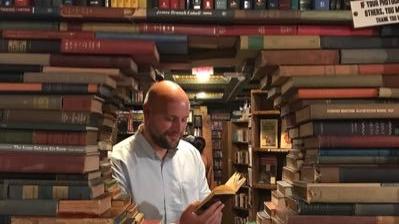 The efforts of the first provenance expert appointed by a UK museum could result in 80 pieces of art looted by the Nazis being restored to their rightful families.

Jacques Schuhmacher from Frankfurt has been working as a curator dedicated to provenance research at London’s Victoria and Albert Museum.

He has identified gold and silver items from the V&A’s Gilbert Collection, founded by Jewish couple Rosalinde and Arthur Gilbert, which are known to have been in Nazi Germany, or countries occupied by the Nazis, or were once part of a Jewish collection.

Mr Schuhmacher, 35, told the Telegraph that Nazi-looted art was a major part of his remit and he had been tracking down families.

However, in some cases, the rightful owners had been murdered and did not have surviving family.

In others, “the family members were scattered all over the world as they managed to escape Nazi-occupied Europe but it’s very difficult to track them down”.

Once families are identified, they can make a claim via the Spoliation Advisory Panel, which will issue a recommendation.

Among objects investigated by Mr Schuhmacher is a gold box once owned by Dresdner Bank founder Eugen Gutmann. After his death in 1925, his son Friedrich inherited most of the collection. There was no information about its provenance when the Gilbert Collection acquired it in 1983.

Friedrich Gutmann was managing director of Dresdner Bank’s London branch before moving to Amsterdam to take charge of its operations there.

According to Mr Schuhmacher, Nazi art dealers raided the Gutmanns’ home in 1942, demanding that the collection be sent to Munich. Mr Gutmann and his wife Louise were both murdered in the Holocaust.

Mr Schuhmacher’s research on the case has taken him to the Netherlands, Germany and America and he has met a descendant of the family.

In December, the V&A will display eight items of dubious provenance from the Gilbert Collection in an exhibition, Troubling Objects, which Mr Schuhmacher hopes will result in new leads.

He added that where applicable, provenance will be detailed on description labels and the V&A website.