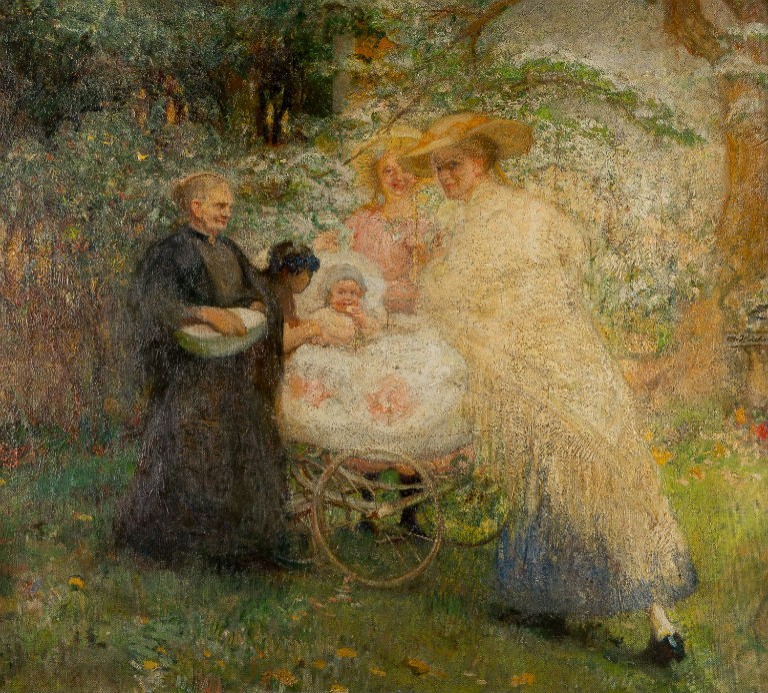 Two German auction houses, working with their clients and the Holocaust Claims Processing Office, settled claims on paintings submitted by the Max and Iris Stern Foundation and its three university beneficiaries — Concordia University and McGill University in Montreal and Hebrew University of  Jerusalem. These are the 19th and 20th art works restituted to the Foundation.

Central to these settlement negotiations was the role of the German Friends of Hebrew University (GFHU) that created a program to encourage possessors of Max Stern’s property to return it in exchange for tax certificates. It is the first such initiative ever to be offered to the community of collectors in Germany holding problematic works from the Nazi period. “We are extremely pleased to be working in such a forward-looking manner with the Stern Foundation to benefit Hebrew University in dealing with these historical wrongs,” said Gunter Stock, GFHU president.

Happy Family in Garden by Otto Heichert (1868-1946) was in the 1937 forced sale of Galerie Stern inventory at Lempertz auctioneers. A resident of Düsseldorf during his early career, Heichert completed numerous portraits for the upper middle-class. His work is in museums in Berlin, Düsseldorf and Antwerp. Happy Family in Garden re-surfaced in 2018 at Hargesheimer Kunstauktionen. Following exchanges with the Düsseldorf auction house, a settlement offer was made, allowing the purchaser to keep the painting and full compensation made through the GFHU program. 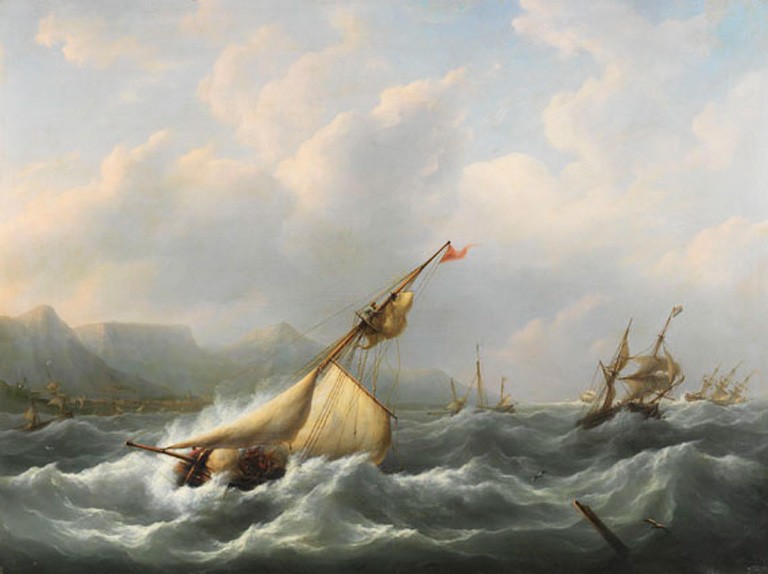 Stormy Sea by Martinus Schouman (1770-1838) was in the Galerie Stern inventory in 1935. The son of a Dordrechts skipper, Schouman was a celebrated painter of Dutch marine scenes. His work was collected by King Louis Napoleon. Stormy Sea last appeared on the market in 2014 at Ketterer Kunst in Hamburg. The buyer of the work, a collector from southern Germany, preferred to retain the painting and the Stern heirs were fully compensated.

The restitution of these two works is an acknowledgement of how from 1933 to 1945 Jewish art dealers in Germany were not operating freely in the art trade. They were seen first and foremost as Jews in the eyes of the Nazi regime, subject to all the persecutorial measures of the fascist government. Jewish dealers such as Max Stern were trying to survive during a period that was anything but ordinary. “Every effort should be made to find fair and just solutions for wrongful property seizures such as confiscations, forced sales and sales under duress. The Heichert and Schouman cases are moves in the right direction,” said Clarence Epstein of the Stern Foundation.

Supported by the Government of Germany, the Munich-based work of the Canadian-Israeli-German Stern Cooperation Project is documenting the history of the Stern family and their role in the arts. Such research will undoubtedly shed light on Nazi period activities and will hopefully encourage the trade in Germany to be more proactive in righting the injustices of their predecessors.