‘We Are Amplifying the Work’: France Starts Task Force on Art Looted Under Nazis 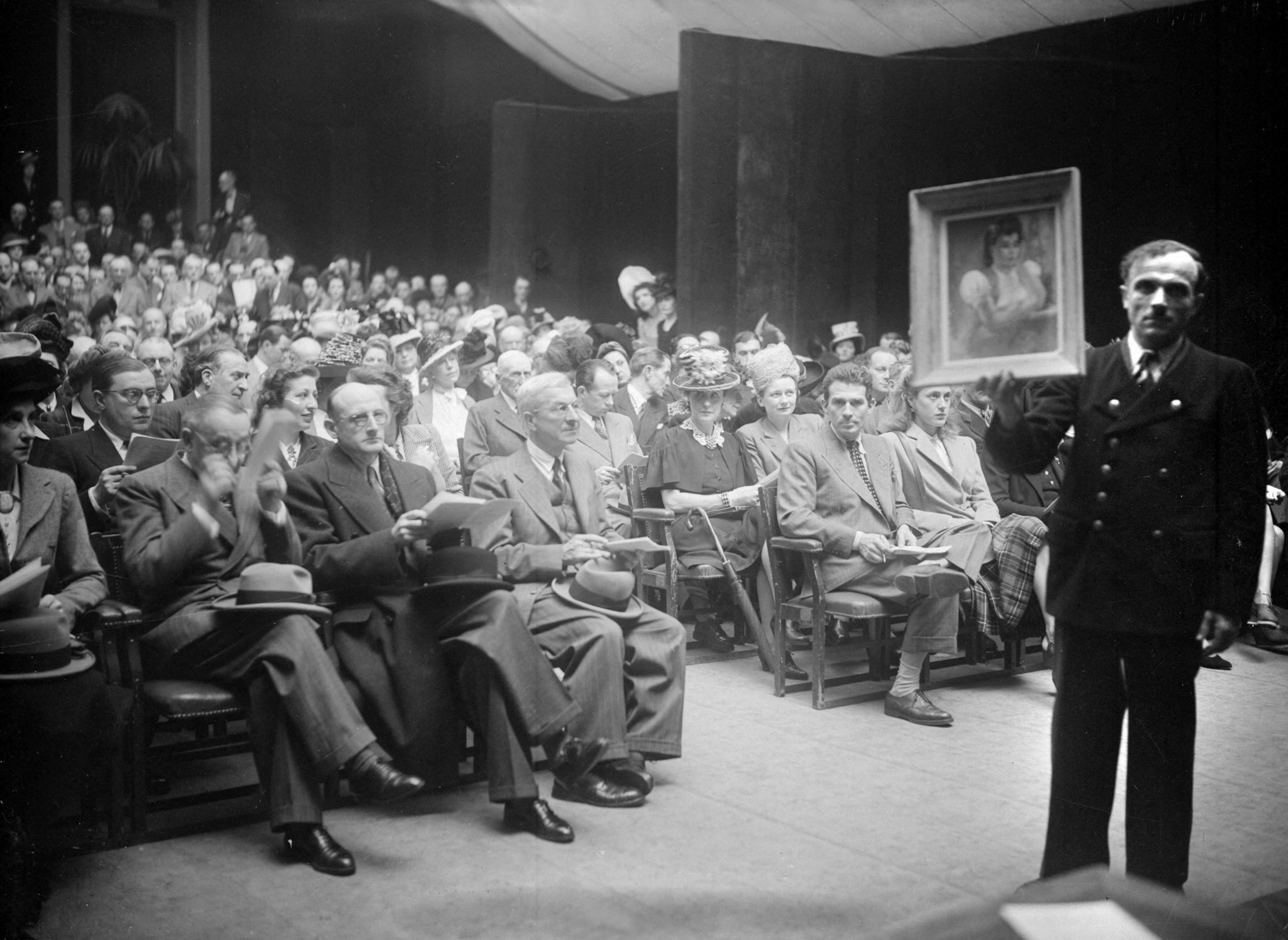 A photograph of an auction at Galerie Charpentier in 1944 — when the art market was flooded with works that had belonged to those fleeing Vichy — provided by the Mémorial de la Shoah in conjunction with an exhibition there.

PARIS — A new task force in France has been given a broader mandate to search for and return artwork that had been looted or sold under duress during the Nazi occupation, after years of criticism that its restitution efforts were not proactive enough.

The task force, announced last year and starting work in the coming weeks, will primarily look at artwork in France that is already suspected of having been looted during World War II, to try to return it to the original owners or their heirs.

But in a step up from current policy, it will also try to determine whether any other pieces acquired by French institutions have dubious origins, though those are only expected to represent a small fraction of France’s vast national art collections.

“We are not starting from nothing, but we are amplifying the work,” David Zivie, a Culture Ministry official who is expected to lead the new task force, said in an interview.

French authorities had faced criticism that they were not doing enough to identify looted artwork in France’s collections and were instead waiting for the owners or their heirs to file claims on specific pieces.

Many belonged to Jewish families whose homes were raided during the Nazi occupation, or who were forced to sell the art — paintings, drawings, sculptures or antiquities — as they fled the country to avoid arrest by France’s collaborationist Vichy government and deportation to concentration camps.

Officials had pledged a more proactive approach to restitution in recent years, but the efforts were still shared by museums, the Culture and Foreign ministries and the Commission for the Compensation of Victims of Spoliation, or CIVS, established in 1999 to examine reparation claims from victims of France’s wartime anti-Semitic laws. 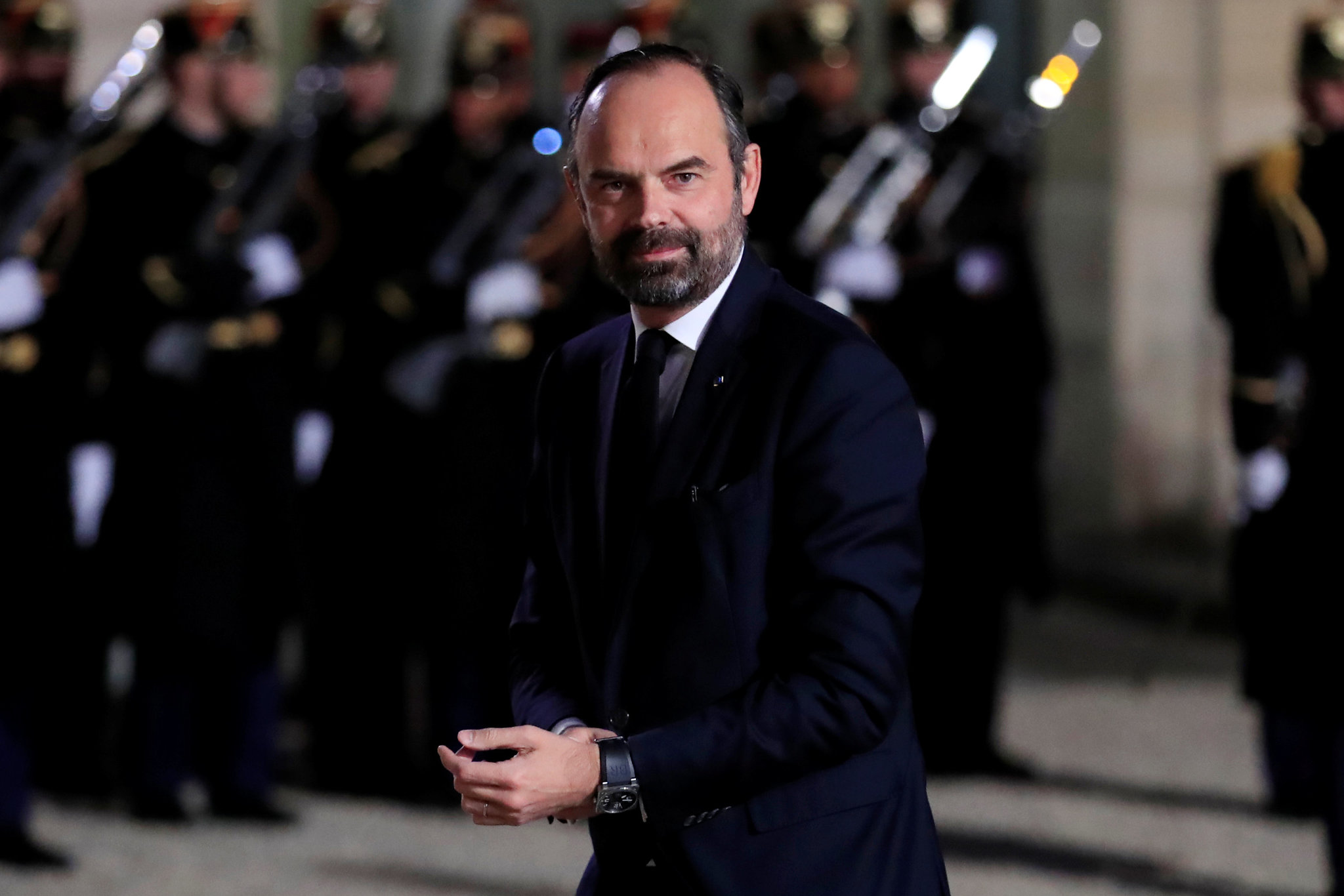 Édouard Philippe, France’s prime minister, said last year that the government had “to do better” in identifying pieces and finding the original owners or their heirs.

Édouard Philippe, France’s prime minister, said last year that the government had “to do better,” despite the “difficulties” of identifying pieces and finding the original owners or their heirs.

“It is a question of honor, a question of dignity, of respect for the victims of this looting, for their memory and for their descendants,” Mr. Philippe said last July in a speech commemorating an infamous roundup of Jews that the French police carried out in 1942.

The creation of the task force, called the Mission for Research and Restitution of Spoliated Cultural Property, was announced shortly after that speech. It will be part of the Culture Ministry, with six to seven permanent staffers and an annual budget of 200,000 euros, or about $225,000, dedicated solely to research, according to Mr. Zivie, the ministry official.

While the funding is modest compared to the German Lost Art Foundation, a similar organization that received nearly 6 million euros from Germany’s federal government last year, it is the first time that France has specifically earmarked funding for restitution work.

The goal is to remedy problems that Mr. Zivie had identified in an official report last year: a “dispersed organization” of the government’s restitution efforts, with an “absence of visibility and coordination” that led to claimants’ “mistrust.”

“We want to make this policy visible, we want to assert it,” by encouraging academic research and curator training and forging partnerships with similar institutions abroad, he said. 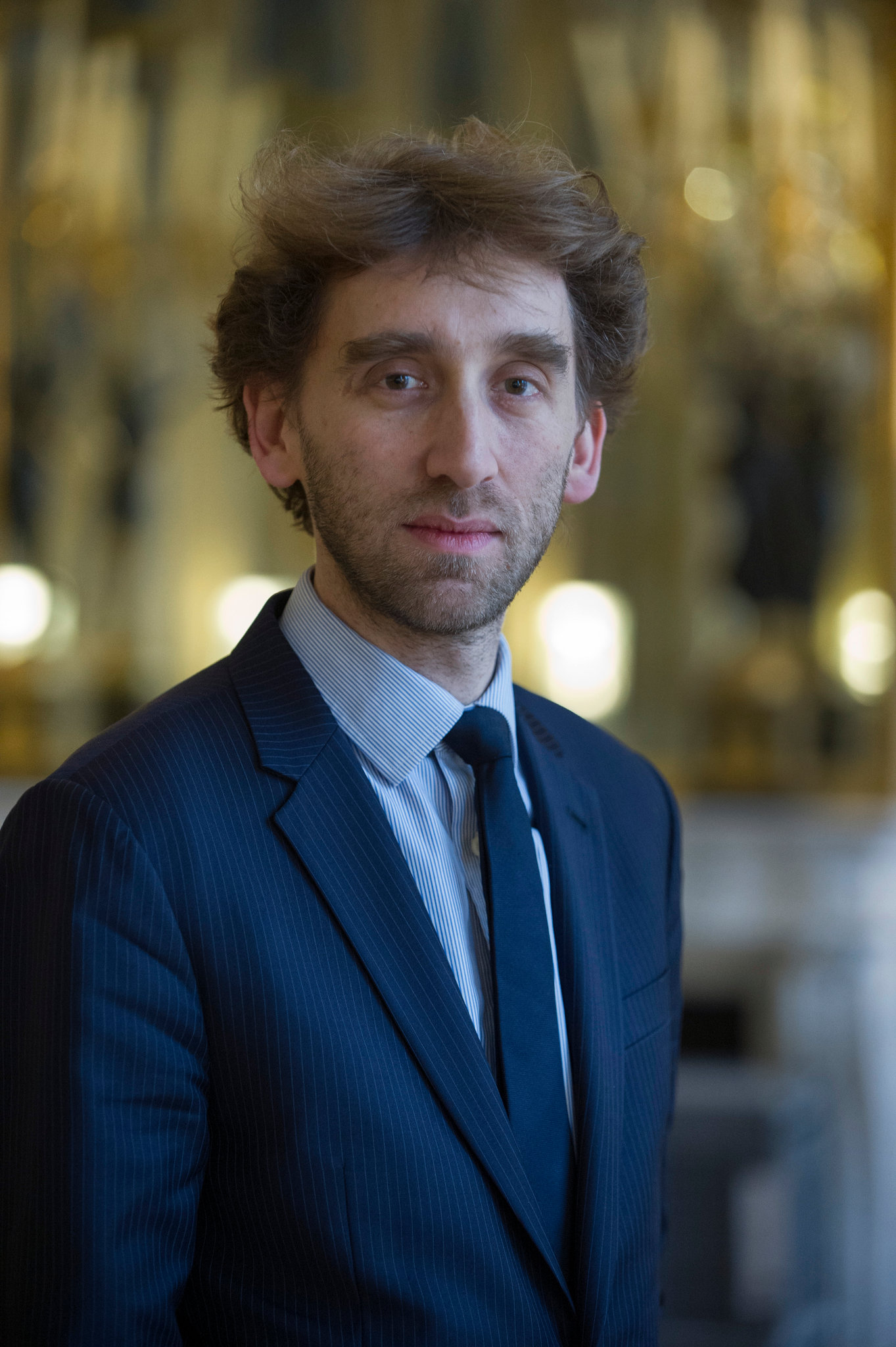 David Zivie, a Culture Ministry official, is expected to lead the new task force, which has a broader mandate to search for and return artwork.

About 100,000 objects in France were looted by the Nazis or sold under duress and transferred to Germany, according to estimates by French authorities. From 1945 to 1949, roughly 60,000 of those objects were returned to France, and about 45,000 were then claimed by their owners.

Most of the unclaimed pieces were sold at auction. But the French state kept about 2,100 and entrusted them to museums. Even today, experts say it is unclear how those pieces were chosen, and they caution that they do not know how many were actually looted or sold under duress, and how many were proper sales that the authorities have been unable to trace.

Since 1951, after the first wave of restitutions, only about 120 among the 2,100 pieces have been returned.

France has streamlined the restitution process with this latest move, and taken some of the decision-making power out of the hands of curators. The ability to file claims has been widened to “any individual concerned,” and only the task force will investigate the claims. Cases will then be referred to the CIVS, which will make a recommendation to the prime minister, who will ultimately decide.

“It’s also a change in response to a criticism that was justified, even though it is now a bit outdated, that the ministry and museums were, by nature, very reluctant about restitution, because a curator’s nature is to curate,” Mr. Zivie said.

Over 70 years after the end of World War II, museums and other institutions around Europe are still returning looted artwork, with varying speed and eagerness. Most recently, in March, a cathedral in Germany agreed to return a Nazi-looted painting to the heirs of an Austrian Jewish couple from whom it was stolen in 1941.

Emmanuelle Polack, an art historian who has worked extensively on the French art market under the Nazi occupation, praised the new task force and said that after years of difficult relations between the state and claimants, “tensions have lifted.”

“There is a real turning point on these questions in France,” she said, adding that museums and curators were now much more open to discussing restitution. “Everyone wants to move things forward.”

For proof, Ms. Polack pointed to an exhibition that she is curating at the Mémorial de la Shoah, a museum on the Holocaust in Paris.

The exhibition, which runs until November, is about the art market in France between 1940 and 1944, which flourished as it was flooded with paintings, drawings and other pieces that had been taken or bought from fleeing Jewish families.

At one auction, held in 1942 at the Savoy Hotel in Nice, a Louvre curator bought a dozen pieces that were from the collection of Armand Dorville, a Jewish lawyer who had died the previous year.

Because of anti-Semitic legislation applicable in France at the time, the artwork was sold by a temporary administrator named by the Vichy government, in a complex case that will be one of the first to be picked up by the task force. (Some pieces from Mr. Dorville’s collection also ended up in the trove of artwork amassed by Cornelius Gurlitt in Germany.)

The Louvre has lent three of the pieces bought in 1942 — drawings by the French artists Jean-Louis Forain, Camille Roqueplan and Henri Monnier — for the exhibition at the Holocaust museum. Ms. Polack called that “a real step.”

“We won’t be able to return everything,” Ms. Polack said, noting that passing time and fading memories were making it increasingly hard to pinpoint the rightful heirs to a stolen piece of art.

“But at least we should feel, in good conscience, that we did as much as we could,” she said.