The new office will try to return thousands of items stolen by Germany during the war.

The French government is about to launch an official mission for the research and restitution of Nazi-looted art held in French museums.

The newly dedicated office within the ministry of culture will have a five-person staff and an annual budget of around €200,000 to seek out the rightful owners or heirs of artworks stolen or sold under duress during the country’s occupation. Around 2,000 “homeless” artworks came into the French government’s possession after the Second World War, and the country has long been subject to criticism that it has mishandled the repatriation process.

Last March, a report commissioned by then-culture minister Audrey Azoulay called for “urgent measures” to address these issues, including the creation of a government task force to resolve a host of problems with the country’s existing strategy.

The civil service program officer for looted art, David Zivie, who authored the report, will head the new office. Official documentation sanctioning it is expected to be signed before April 15.

“We want to have one very clear office in the ministry because this public policy was already there, but not very visible,” Zivie says. “Now we want to take it further and go faster, because it’s 75 years after the war. We want to have more means including people, help, and financial resources.” 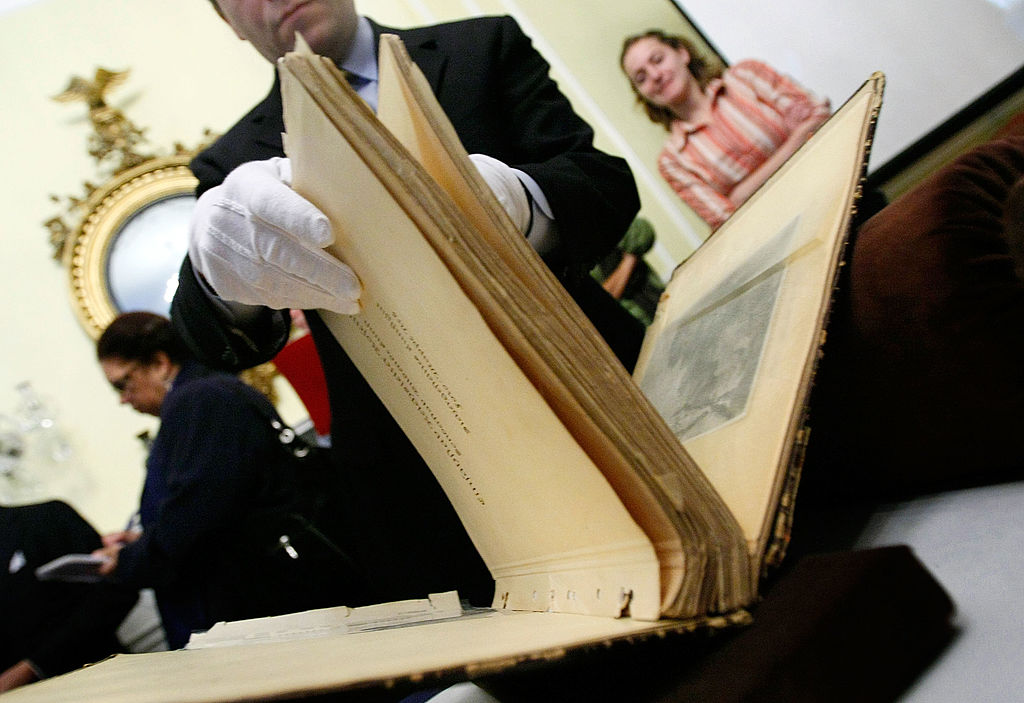 A conservator from the French national archives shows two leather bound photo albums documenting art that was looted by Nazi forces during the Second World War.

What Will It Do?

The purpose of the office will be to coordinate research and investigate claims submitted to the Commission for the Compensation of Victims of Spoliation, but also to proactively mobilize museum experts, support university-level research, and aid in the appointment of in-house specialists at art institutions.

Importantly, the ministry of culture will no longer have the final say on restitution. That authority will be handed over to the commission, which will advise the prime minister on how to act. The degree of separation from the ministry, which oversees national museums and heritage, was implemented to answer criticisms that museum officials would be reluctant to hand over valuable artworks.

The office will also work closely with its counterparts abroad, in Germany, Austria, the Netherlands, and the UK. Additionally, it will work with museums and higher education establishments to help train more professionals in provenance research.

While its €200,000 budget pales in comparison to the dedicated €6.5 million Germany has set aside for similar purposes, Zivie says he is optimistic about the office’s ability to find additional financial resources, including from private sources. 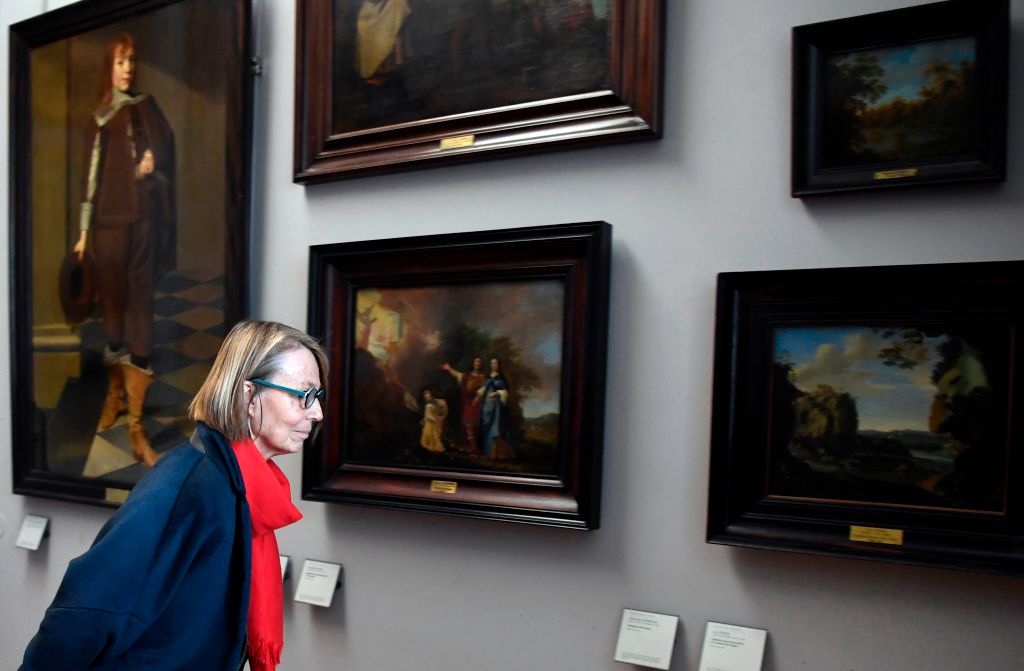 Then-French Culture Minister Françoise Nyssen investigates paintings at the Louvre whose owners have not yet been identified.

Where Will it Begin?

The office’s first focus will be on artworks brought to France from Germany at the end of the war.

It is thought that some 100,000 paintings, drawings, sculptures, and antiquities were either looted by the Nazis or sold under duress during the German occupation of France. Between 1945 and 1949, some 61,000 artworks were returned, and around 70 percent were reclaimed by their rightful owners. Most of the remaining works were sold at auction, but the French state kept 2,143 because of their artistic quality, and placed them in an inventory.

Museums in France have since been safeguarding them while they await ownership claims. The Louvre is responsible for around 800 paintings, 500 of which have been dispersed across 130 museums in France. About 70 works from the inventory are scattered throughout the Louvre’s painting department, and last year the museum began displaying some 30 others in two dedicated rooms, a sort of lost-and-found, in the hopes that someone might recognize them (a further 200 are in storage).

But since the 1950s, only around 100 of these works have been restituted to their legitimate owners or descendants. While Zivie acknowledges that it has been slow-going, he emphasizes that not all the these examples are necessarily looted; some were acquired legally by German people. Nevertheless, the new office will encourage museums to prominently display these works and the known provenance details on site and online.

Zivie’s team will also look into additional artworks in national collections that have missing or dubious provenance. “We don’t have to suspect every acquisition made since the 1940s,” Zivie says. “It remains a minority in the national collections. But we are beginning to investigate some of them.”

There is also research to be done on a lesser-known trove of around 15,000 books that are in the possession of public and national libraries around the country. Zivie says that restituting these items is especially difficult, as the owners are nearly impossible to find. “But we hope to open all the books at least once to check for names or other clues that could lead to a name,” he says.

Agenda Item No. One

Zivie says the office’s first mission will likely concern the claim for the restitution of artworks formerly in the collection of a Jewish lawyer, Armand Dorville. The Louvre and the Musée d’Orsay recently loaned three drawings an exhibition at the Shoah Memorial in Paris that were bought by the national museums at an auction in Nice in 1942. The sale is is suspected to be a case of spoliation from the Dorville family.

Both museums were aware of the dubious provenance of the drawings and will work with the family and the curator of the Shoah Memorial exhibition, Emmanuelle Polack, to investigate. Speaking to artnet News, Polack emphasized that the national collections were not on trial, but that all parties were actively seeking “to find a fair and just solution” for everyone.