With the Word ‘Stolen,’ the Uffizi’s Director Shames Germany for Not Returning a Painting Looted During World War II

The German-born director has displayed a framed photograph of the Dutch still-life with a label declaring that it is "stolen" as talks hit a stalemate. 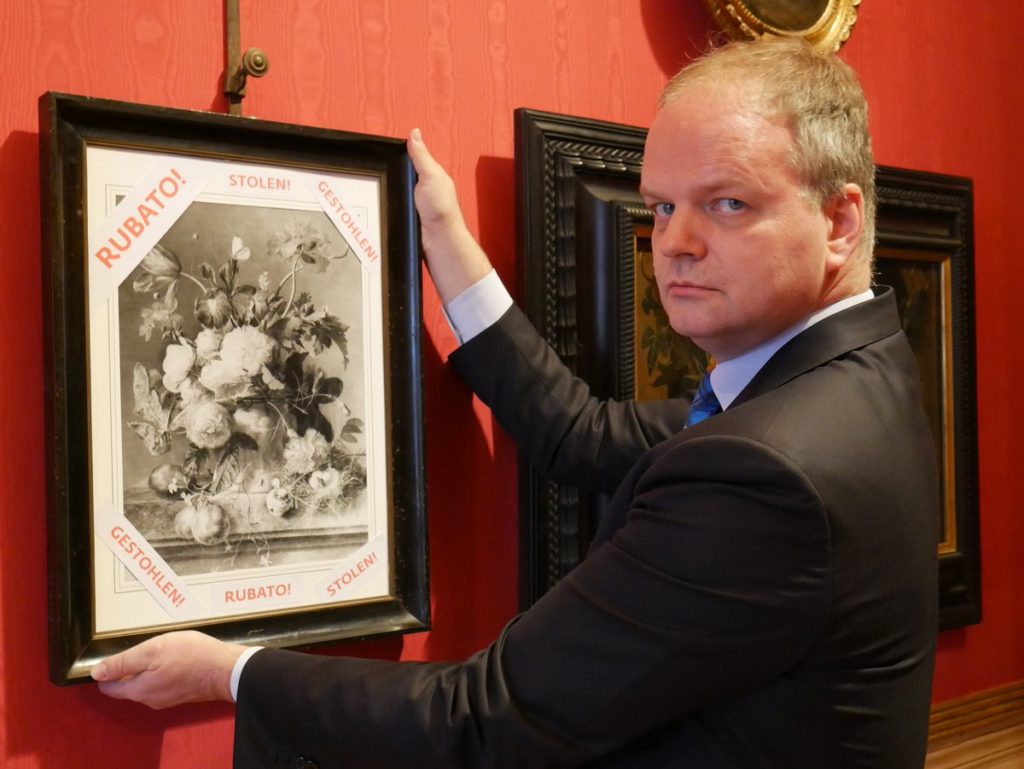 Uffizi director Eike Schmidt poses with the black-and-white photo of the stolen work.

The director of Florence’s Uffizi Galleries, Eike Schmidt, has called on Germany to return a Dutch still-life looted by Nazi troops during World War II. The painting was plundered by retreating Nazi soldiers in 1943 and disappeared for decades until 1991, when it was rediscovered in a private collection in Germany.

Vase of Flowers by the Dutch master Jan van Huysum (1682-1749) was originally brought to Florence by Grande Duke Leopoldo II in 1824 and was on display at the historic Pitti Palace until 1940, when it was moved to a nearby village for safekeeping.

Schmidt, who is German-born, told Reuters: “Germany has a moral duty to return this painting to our museum. This story is preventing the wounds inflicted by World War II and the horrors of Nazism from healing.” 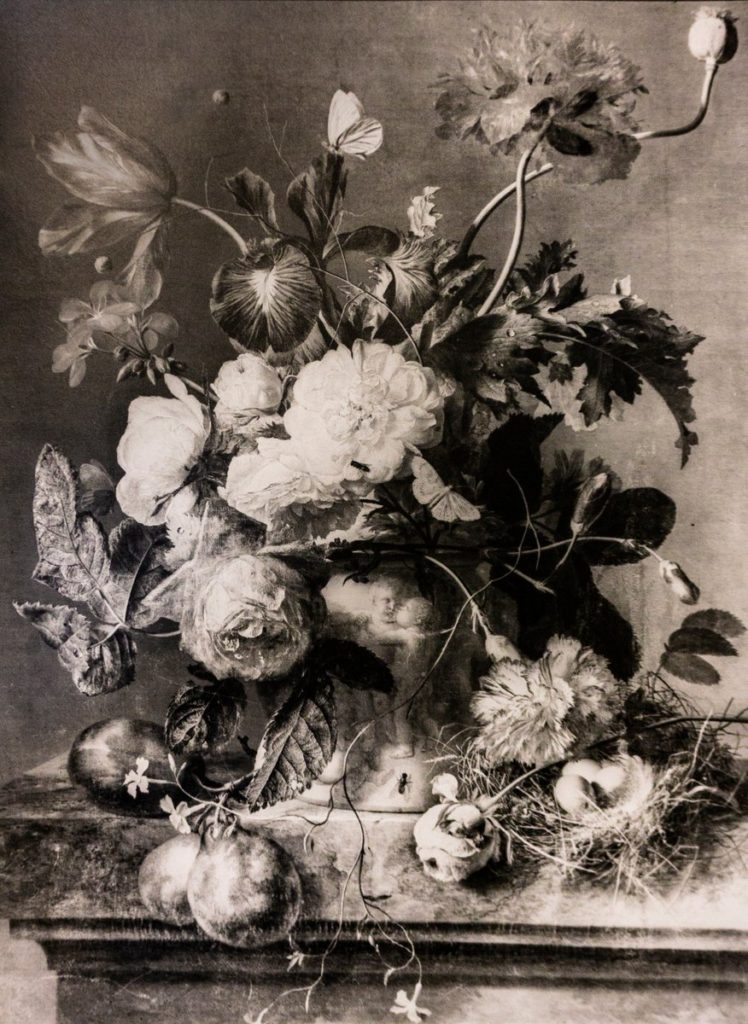 Negotiations for the return of the painting have stalled as intermediaries working on behalf of the family that holds the work have demanded payment. The Uffizi cannot launch a lawsuit in this case because under German law the statue of limitations, set at 30 years, has expired.

“Germany should not apply the statute of limitations to works of art stolen during the war,” Schmidt said. The director has displayed a framed, black-and-white scale photograph of the missing work in the place where it once hung at the Pitti Palace. It is emblazoned with the word “stolen” written in Italian, English, and German for all to see, in an effort to shame the owners into giving up the painting. The Uffizi also published the image on its Twitter account to more than 29,000 followers. 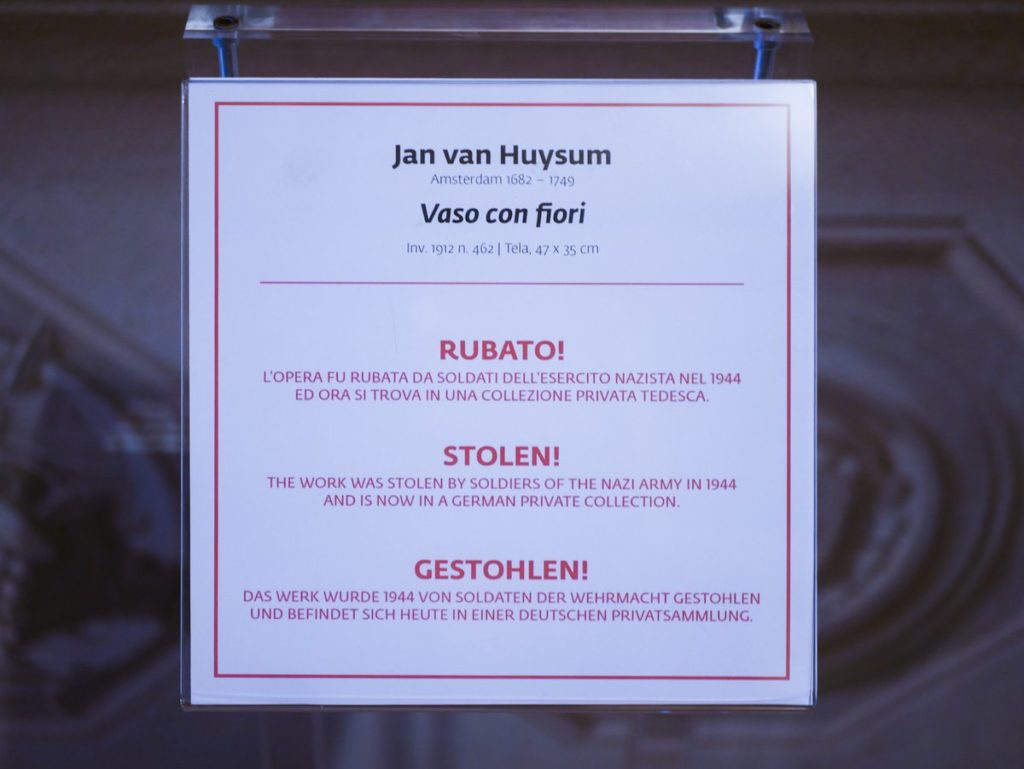 A label explaining how the painting was looted during World War II.

But for now the struggle for the return of the painting remains unresolved. If Schmidt is successful it could be a great parting gift for the museum and Italy. He is due to leave in 2020 to become the director of the Kunsthistorisches Museum in Vienna.