The self-portrait by the female Old Master is listed among the paintings that could have been looted during World War II. 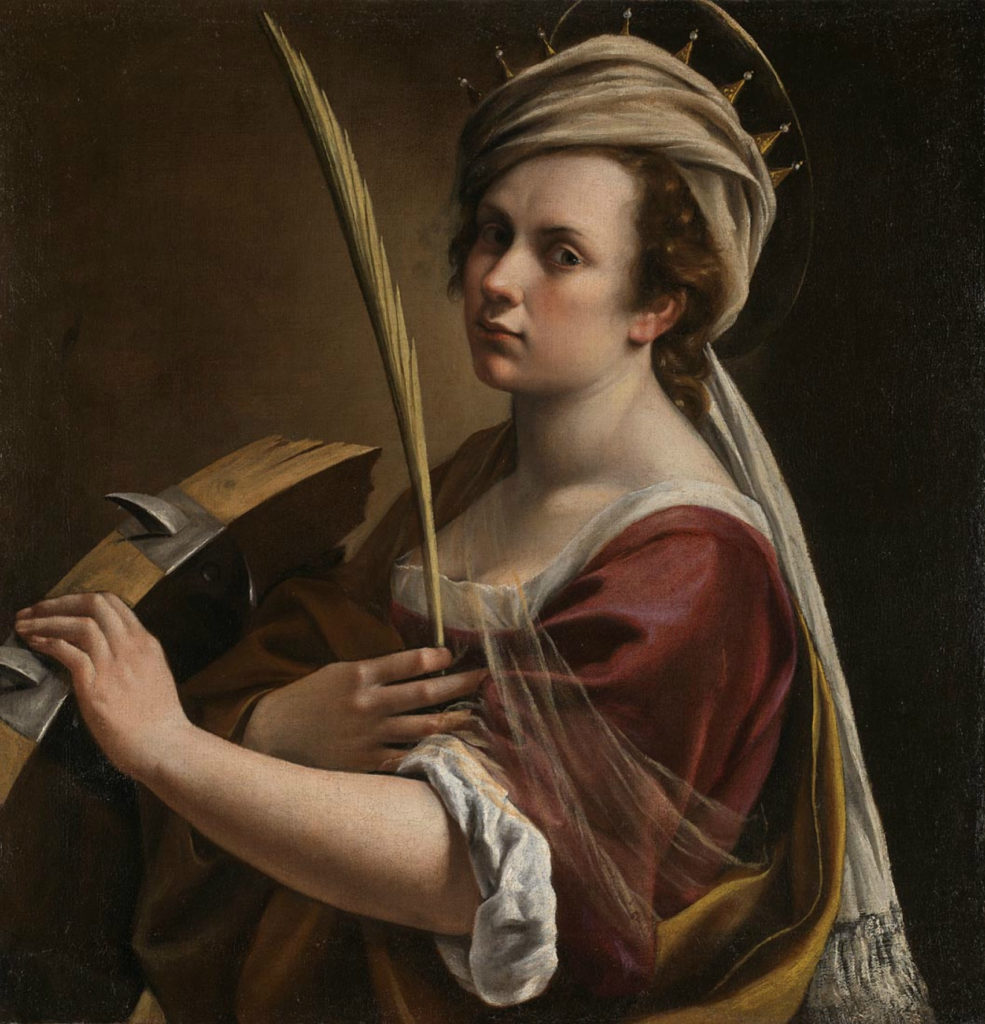 The National Gallery in London will unveil Artemisia Gentileschi’s Self-Portrait as Saint Catherine of Alexandria, one of the most talked-about museum acquisitions of 2018, next week. In a statement, the gallery describes the painting’s unveiling on December 19 as a “Christmas present for the nation.” But there is a shadow hanging over the recently discovered painting by the pioneering female Renaissance artist, which is only the 21st artwork by a woman to enter the gallery’s 2,300-work-strong collection. The museum has quietly added it to a list of objects that could have been looted during the Nazi era, artnet News has learned.

When the trustees of the National Gallery agreed to purchase Gentileschi’s painting for £3.6 million ($4.5 million) in May, they also decided to add it to the list of works in the collection that may have been “improperly acquired” during the years when the Nazis were plundering Europe’s art.

The minutes of the National Gallery trustees’ meeting on May 18 reveal members’ concern about the lack of documentation about the painting’s ownership by the Boudeville family in France in the 1930s and ‘40s. On its website, the gallery says there is a specific question mark over its ownership prior to its acquisition by Charles Marie Boudeville, who died in the early 1940s. How he came to possess the work, which he bequeathed to his teenage son during the war, remains unclear.

A spokeswoman for the National Gallery says it carried out a “full exercise of provenance checking and due diligence in relation to the ownership history of Self-Portrait as Saint Catherine of Alexandria.” She added that it was entirely satisfied with the outcome before proceeding with its purchase.

It has been well documented that in France during the Nazi occupation, Jewish collectors were forced to sell works cheaply or leave them behind when they fled or were deported. Opportunistic neighbors often helped themselves to art and other possessions.

Noah Charney, an art historian and expert on lost art, tells artnet News that a museum purchasing a work with a question mark over its provenance during World War II is “highly unusual and problematic.” But he also stresses that just because its history is undocumented does not mean it is illegitimate.

Anne Webber, the founder and co-chair of the Commission for Looted Art in Europe, says that transparency is crucial in these circumstances, “so that anyone looking for the painting can be alerted.” She is surprised that the National Gallery has not so far publicized the fact that there is a gap in the painting’s provenance, but hopes that it will do so in the future. In 1999, the National Gallery was the first major art museum to publish a list of paintings with incomplete provenance. It did so within weeks of the launch of the Washington Principles on Nazi-Confiscated Art.

The gap in the painting’s provenance stretches from the time Gentileschi created the work in Florence around 1615 until the 1940s. At an unknown date, the Baroque painting entered the possession of the Boudeville family in France under circumstances also shrouded in mystery. While not unusual, the lack of labels on the back of the unframed canvas indicating past sales has made tracing the painting’s history in the early 20th century more challenging.

In response to inquiries about the painting’s provenance, a spokeswoman from the National Gallery says the museum has good reason to believe it was part of the family’s collection before the war. “There is strong evidence to suggest that the work was not purchased by Charles Marie Boudeville, who was not a collector or person of great means, but was inherited by him,” she noted. The gallery says that this “points to the work having been in family ownership since well before 1933,” the year many governments agree that Nazi plundering began.

She stressed that the former owner and consignor of the painting to the sale in Paris in 2017 has given a “clear account” of his family’s ownership “for at least three generations.” It passed from the grandfather, whose exact dates of birth are unknown, to his son George Boudeville (1930–1984) in the early 1940s, and then to Nicolas Boudeville (born 1966). Meanwhile, Webber says that while the previous owner is often the first port of call in provenance research, they cannot always be relied upon for precise details of the place and acquisition of a painting that has been in a family for some time.

For decades before its recent appearance on the market, the true authorship of the painting had been obscured. Paris-based auctioneer Christophe Joron Derem was the first to spot that the painting was by Artemisia Gentileschi and sold it for €1.85 million ($2.1 million) in December 2017, then an auction record for the artist. The auctioneer says that it was in the Boudeville family for “several generations,” and notes that it does not appear on the Art Loss Register’s list of works seized or sold under duress during the Nazi era.

The buyers of the work at auction were Old Master dealers Marco Voena and Fabrizio Moretti, who, six months later, sold it to the National Gallery. A spokesman for the gallery Voena + Robilant says it assisted the gallery with its provenance research and is “happy with it.” (Nicholas Boudeville did not respond to a request for a comment.)

Next week, the National Gallery promises to reveal “exciting” plans to celebrate the arrival of the painting in the national collection. Gentileschi, who has long been known more for her tragic life story than for her art, has been enjoying increased visibility of late. As a teenager, she was raped by painter Agostino Tassi and then subjected to intense questioning and physical torture during the seven-month trial that followed.

Hannah Rothschild, the first female chair of the National Gallery, said in a statement: “This picture will help us transform how we collect, exhibit, and tell the story of women artists throughout history.