Despite recent restitutions, Germany is stalling on the return of Nazi-looted art. Ahead of a Berlin conference 20 years after an agreement to track proper ownership, African countries are now also claiming restitution.

Pablo Picasso's "Seated Nude drying her feet" was stolen during the Nazi era. Returned after the war, it can be admired today in Museum Berggruen in Berlin. Hamburg's Museum für Kunst und Gewerbe is preparing to return an Afghan wall panel that is also regarded as looted art. Hermanus Koekoek's painting "Seesturm," from persecuted Jewish art collector Max Stern's collection, was returned a few days ago, shortly before it was put up for sale in Düsseldorf.

These represent three recent cases of restitution — two of which were expropriations by the Nazis. But according to Ronald Lauder, president of the Jewish World Congress, Germany is still reluctant when it comes to returning stolen works of art. Lauder is set to speak Monday at a conference in Berlin marking the 20th anniversary of the Washington Principles. In 1998, 44 signatory countries made a commitment to track down stolen art in public museums and find settlements for the heirs of the Nazi victims. However, this commitment does not apply to privately owned art. In the last 20 years, Germany has "done far too little," Lauder told German newspaper Welt am Sonntag earlier in November. 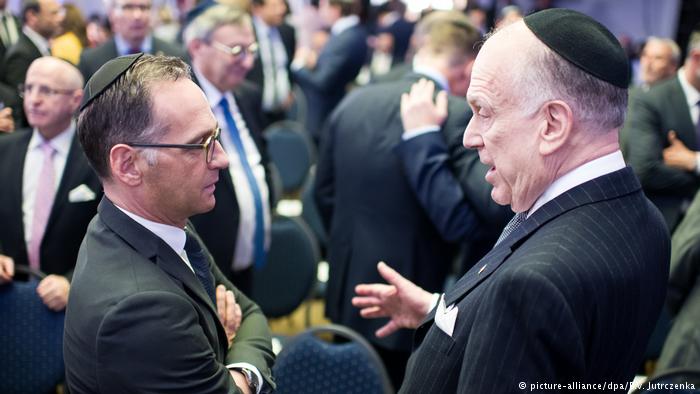 Hartmut Ebbing, the cultural policy spokesperson for the business-friendly Free Democrats (FDP) party, told DW that he "fully agrees" with Lauder that the issue of restitution is still being "neglected" in Germany. As the country where the Holocaust took place, Germany has a "moral obligation" in the matter, he said.

Cultural heritage legitimacy is 'up to us'

But that may be changing in the wake of increased public consciousness: The origin of paintings is now even the subject of several exhibitions, including a current show in Berlin. "The Lives of Images. Provenances in Museum Berggruen. Picasso-Klee-Braque-Matisse," shows the partly twisted and sometimes criminal paths in the histories of the exhibited works. From 2015 to 2018, experts examined whether 135 pre-1945 works from Jewish art collector Heinz Berggruen's former private collection were Nazi looted art. The works are now owned by the Prussian Cultural Heritage Foundation.

Hermann Parzinger, the foundation's president, believes that his institution has done a thorough job. The foundation systematically checked the origin of its collections and, in recent years, has returned more than 350 pictures. For a long time, public museums only responded to requests from potential heirs in individual cases, instead of initiating action. Parzinger told DW that he was guided by a simple idea: "Ultimately, all cultural assets in public institutions that found their way there after 1933 are per se suspicious. And it is up to us to demonstrate the acquisition's legitimacy if the previous owners were Jewish fellow citizens."

Calls for a digital museum

The Prussian Cultural Heritage Foundation may be exemplary in terms of provenance research. Ronald Lauder, however, accuses German museums of blocking digital lists of their holdings and thus preventing possible returns. Hartmut Ebbing is demanding that public museums "must register, archive and digitize the art objects that are in the depots, that we don't even know about yet, in order to give potential restitution beneficiaries a chance to find out whether a painting is in a museum." In his opinion, the federal government does too little and hides behind financial arguments. These funds would have to be provided by the state, "so that the excuse can no longer be made that 'We have no money, we have no staff.'"

Ebbing considers the current Limbach Commission, which can be called upon to deal with questions relating to the restitution of looted art, to be unsatisfactory. He says that this is because it only becomes involved if both sides are active. Museums often say that the art is not looted, Ebbing says, "in which case procedures are not even initiated by the Commission." He says it's important that either side can call on the Commission. Lauder welcomes the fact that Monika Grütters, Minister of State for Cultural Affairs, wants to reform the Limbach Commission a second time. But this time, says the Jewish World Congress' Lauder, all controversial questions must be solved.

Cultural heritage expert Parzinger admits that it naturally hurts every museum to lose an art object, but "We don't want stolen things in our collections, no matter how painful it is with an important work of art." In the case of returns, it is often possible "to agree with the heirs that it will remain with us as a permanent loan or that we can repurchase it."

In the case of Nazi looted art, the discussion has at least been going on for quite some time, as the Washington Principles show. However, such discussions are still at very early stages in Germany and Europe, regarding art that came to Europe from colonies in Africa and Asia. Today, many of the former colonies are demanding the works of art be returned. In France, none other than President Emmanuel Macron has committed to this. It highly controversial in his country, and he has also put Germany under pressure.

In Germany, there are two particular events next year that will put the topic on the agenda. In 1919, exactly 100 years ago, Germany lost its colonies in Africa, Asia and the Pacific under the Treaty of Versailles. And in 2019, the new Humboldt Forum will also open its doors and exhibit valuable cultural objects from different parts of the world. Grütters has said that, for far too long, the German colonial period has been "an almost blind spot" in the German culture of remembrance.