Feds go to court to reclaim painting stolen by Nazis 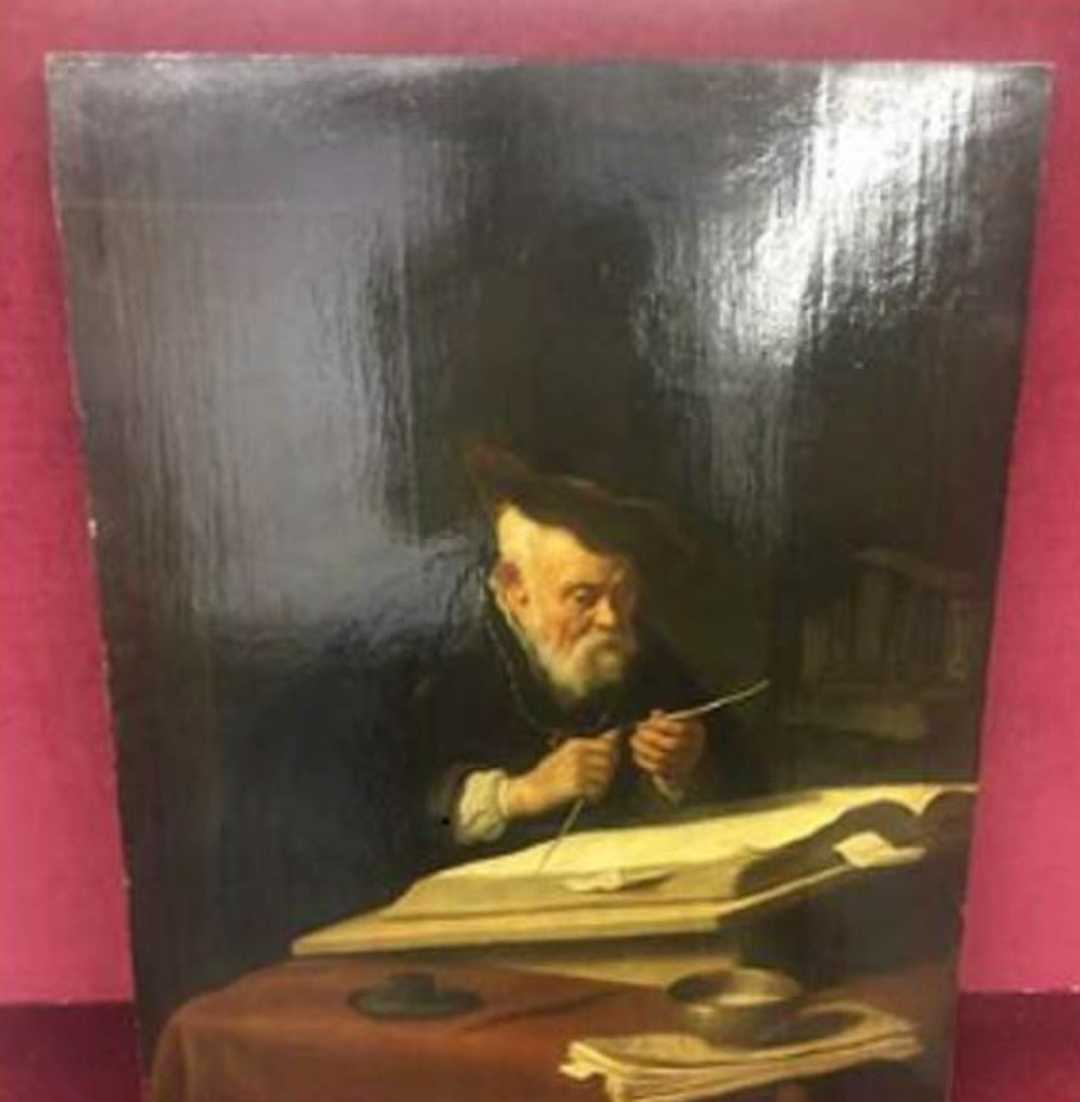 "A Scholar Sharpening His Quill," painted in 1639 by Salomon Koninck, was stolen by the Nazis in 1943. Federal prosecutors have now filed a complaint in U.S. District Court to return the painting to its rightful heirs. U.S. District Attorneys Office, Southern District

In a complaint filed in federal court, the U.S. Attorneys Office said "A Scholar Sharpening His Quill," a 1639 painting by renowned artist Salomon Koninck, was looted from a Paris gallery by the Nazis in 1943.

The painting was sold to a Chilean collector in 1952 by Andreas Hofer, the former purchasing agent for Hermann Goring, a key figure in the Nazi party during the war and one of Adolf Hitler's closest associates.

Last year, the family of the Chilean collector attempted to auction off the painting through a New York auction house, alerting the FBI and the U.S. Attorneys' Office and prompting Friday's forfeiture complaint to return the painting to its rightful owners.

"We can never reverse history and undo the horrors committed at the hands of the Nazis," Manhattan U.S. Attorney General Geoffrey Berman said in a statement Friday. "But we are steadfast in our determination to remember those who suffered and do what we can to return what was taken.”

The painting was one of 262 pieces of art allegedly stolen from renowned Jewish art collector Adolphe Schloss, one of the most important private collections of Dutch and Flemish art, the U.S. Attorneys Office said.

During the war, the Nazis created an agency that focused on seizing artworks and cultural artifacts owned by Jews. Those stolen items are now documented in a digital database, thanks to the work of the Claims Conference on Jewish Material Claims Against Germany, founded in 1951 to reclaim artifacts stolen by the Nazis.

The FBI Art Crime Team at the agency's New York City office has scored several high-profile victories in recent months, including last year's arrest of a 48-year-old Queens man, Leon Zinder, who pleaded guilty to charges that he stole more than $600,000 worth of artwork from his former employer.

In September, the agency returned "Deux Femmes Dans Un Jardin" — or Two Women in a Garden — to its rightful heirs at the Museum of Jewish Heritage in Manhattan.

Painted by the legendary artist Pierre-Auguste Renoir in 1919, the piece belonged to art collector Alfred Weinberger when it was stolen from a Paris vault during the war.