Paris court orders US collector to turn over Pissarro painting

The work, seized by the pro-Nazi Vichy government, had been lent to an exhibition at the Musée Marmottan 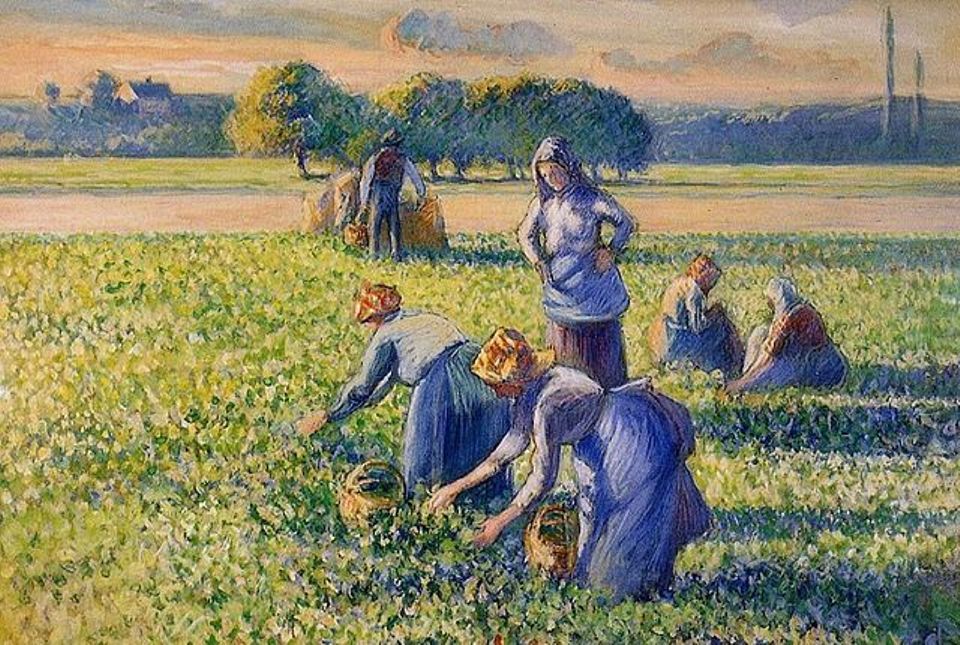 The American collector and luxury homebuilder Bruce Toll has been ordered to turn over The Pea Harvest, a painting by Camille Pissarro (1887) that was seized in May 2017 while on loan to the Musée Marmottan in Paris. On Tuesday, 2 October, a Paris court of appeal decided it has to be returned to the heirs of Simon Bauer, whose collection was seized in 1943 by the pro-Nazi Vichy government in France.

The court upheld an earlier judgement handed down in Paris last November, on the basis of an order issued by the French government on 21 April 1945. This considers “null and void” any seizures carried out during the German Occupation and all later transactions of such looted goods—regardless of how much time has passed. Any “buyer or subsequent buyer” is automatically considered a “possessor in bad faith” and must restitute the item. Cedric Fischer, the Bauer family’s lawyer, welcomed the judgement as providing a “global scope” to the French law, since it was applied to a collector in the US.

Toll, who had lent the painting to the Musée Marmottan for an exhibition dedicated to the impressionist artist, warned the appeals court that: “No one will ever lend a work of art to France.” He insisted that he bought the painting in good faith at Christie’s, New York in 1996, for $880,000. Thirty years earlier, it had been granted an export licence by France, before being sold at Sotheby’s in London.

Nevertheless, the court stated that if Bruce Toll wanted his money back, he would have to sue Christie’s in New York. But his lawyer, Ron Soffer, says the contract signed with the auction house included a cut-off date—now long past—for any such action. “It is absurd to condemn all good faith transactions for ever and ever,” Soffer says. He adds that his client intends to take his case to France’s highest court—but this will not prevent the painting’s return to the Bauer family.

On the same day this decision was handed down, the French government issued an order reorganising the administration that deals with claims on art held by museums and public institutions, with the aim of streamlining the process. Going forward, any investigations and proposals for restitution will be done by a special unit created under the authority of the Prime Minister.