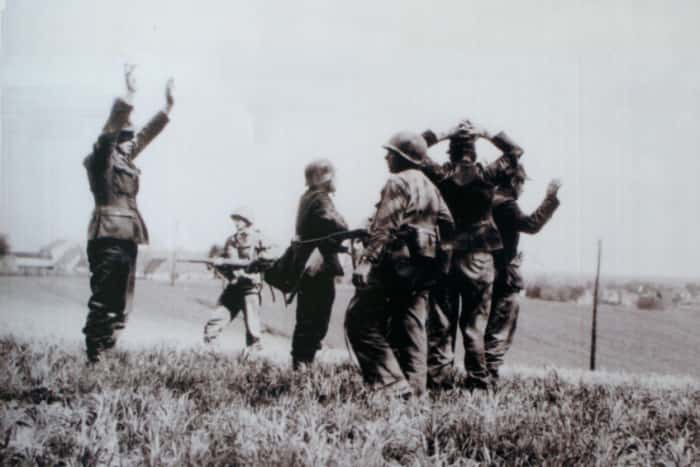 
A World War II survivor who served as a Belfast air raid warden before fighting his way across Europe with the US Army was honoured in his home city this week with a special luncheon.
Cregagh resident Edward ‘Teddy’ Dixon and his family were guests of deputy lord mayor Sonia Copeland who said it was a privilege to host a man who had witnessed the horror of the Nazis at first hand. 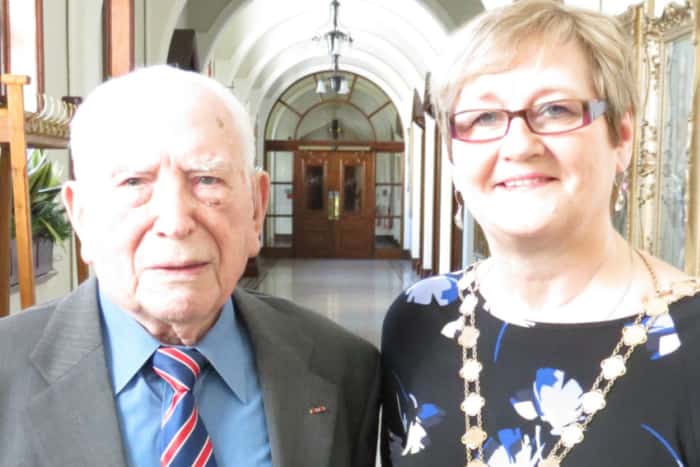 
As an infantryman in the 42nd Rainbow Division, Sgt Dixon helped liberate the Dachau concentration camp - and just days later in Austria would play a key role in recovering one of the greatest hoards of looted art treasures ever assembled.

Although he was born in New York just a few years after the end of World War I, Teddy’s parents returned to their home city of Belfast in time for their son to start primary school and his early memories of the US quickly faded.


However, following the D-Day landings in June 1944, the US Government issued draft notices to citizens living abroad and Teddy’s call-up papers arrived at his then Carrington Street home.

Councillor Copeland said a friend of the war hero had asked if he could be granted the Freedom of the City but, as she feared he wouldn’t match the criteria for that award, she organised a special lunch in the lord mayor’s parlour on Thursday instead. 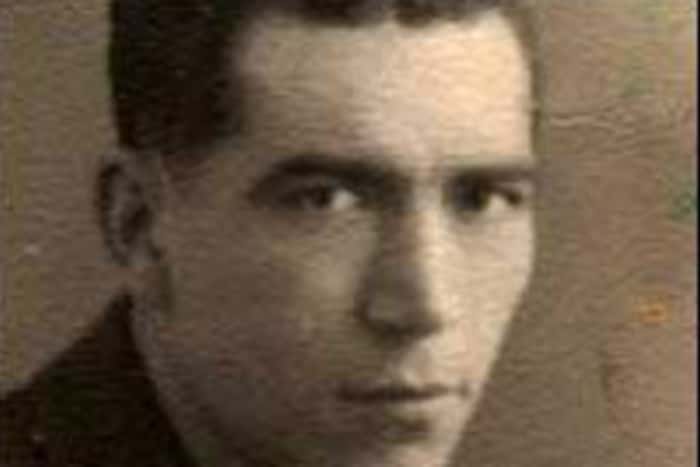 “The lunch was to recognise the journey in his life and what he had done,” Cllr Copeland said. “I was amazed once I started delving into his background, and he was thrilled to bits with the invite. As well as Dachau, I was also talking to Teddy about recovering the art treasures from the salt mine in Austria. I came home and I was just elated. It has really whet my appetite that I want to learn a bit more about this period of military history,” she added.


Mr Dixon’s memories of Dachau have remained ingrained in his memory for more than 70 years, and he remains committed to sharing his experiences with younger generations to ensure the Holocaust is never forgotten.

The 98-year-old is also regular guest of honour when the Wartime Living History Association stage re-enactments of US military WWII battles.

Mr Dixon said: “I’ve been in the city hall before but never in the lord mayor’s parlour so that was great. “We had a lovely meal with my son Johnston and his partner, and my nephew and his wife. There were about 16 of us altogether.”


Despite having only been called up in 1944, Mr Dixon’s wartime experience was a particularly memorable one.

Following the capture of Hitler’s deputy Hermann Goering in Austria by the US Rainbow Division, news of a hidden treasure trove soon reached the ears of Sgt Dixon’s commanders. The Belfast man was one of those dispatched to investigate the claims and a short time later he was in a salt mine surrounded by thousands of priceless artworks – including Michelangelo, Vermeer and Van Eyck masterpieces.

Sgt Dixon was then tasked with guarding the 80 truckloads of treasures at Salzburg Castle while the ‘monuments men’ (the taskforce responsible for tracking and saving art looted by the Nazis) did their detective work.


However, it was the discovery of thousands of dead bodies, and hundreds of the emaciated survivors, at Dachau that provides the most vivid memories.

I still like doing the talks in schools but it can annoy you a bit sometimes when you think about it,” he told the News Letter on Friday. “Many a time when I wake up I find I’ve been dreaming about the Holocaust.”