A New York investor and art collector is ignoring pleas to return a painting looted by the Nazis, according to a lawsuit.

Imre Pakh, 67, has dozens of works by renowned Hungarian artist Mihaly Munkacsy, and in 2009 launched a foundation to cement the artist’s legacy. 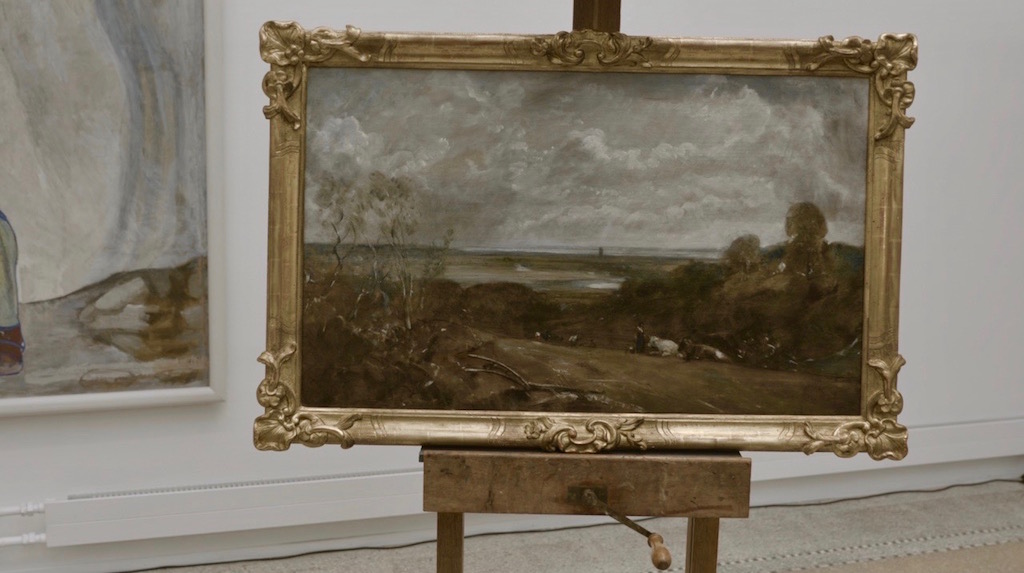 One of the works in his collection is “Dorf Im Winter,” or “Village in Winter,” a painting of a snowy landscape under a gray and red sky.

But Pakh has no right to the painting, insist two people who say the art was cruelly stolen from their ancestor in 1930s Germany.

The Bleichroeders were among the wealthiest families in Germany. Gerson von Bleichroeder was one of the first Jews to be elevated to nobility, according to court papers.

They owned works by Rembrandt, Hogarth, Breughel and other artists, many now housed in Harvard University’s Baker Library. One of the most prominent paintings in their collection was “The Raising of Lazarus,” a famous work by an unknown German artist.

Even though James converted from Judaism to be an evangelical, and his wife wasn’t Jewish, the couple couldn’t escape the wrath of the Nazis.

His art, including “The Raising of Lazarus” and “Dorf im Winter,” was sold off at a Nazi auction in 1938, a year after James’ death. James’ wife, Maria, was forced out of their country home. Their children were scattered, with one killed in a concentration camp and another eventually making her way to America.

In 2011 Bleichroeder’s heirs hired a Canadian company, Mondex, to help them track down the family’s missing art. “The Raising of Lazarus” was recovered by the family last year.

Mondex identified Pakh as the current owner of “Dorf im Winter,” and sent him letters seeking its return, according to court papers.

They claim Pakh has ignored their written claims to the art.

New York law bars anyone from claiming rightful ownership of art stolen by the Nazis, according to court papers.