Legislation would bar most survivors’ heirs from property claims; Jewish leaders urge that rules be ‘fair and just.’ 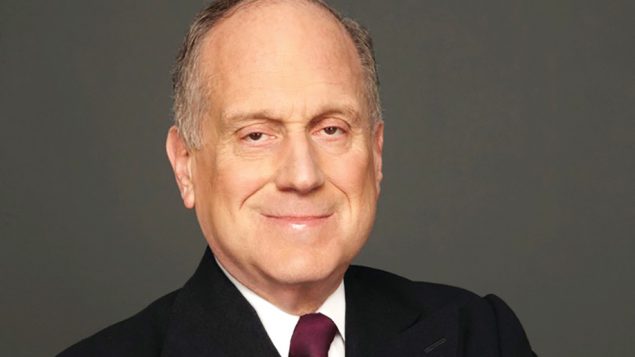 Ronald Lauder, chairman of the World Jewish Restitution Organization, said in a statement that the proposed bill “excludes the vast majority of Polish Holocaust survivors and their families.” Ronald S. Lauder Foundation

When Rabbi Royi Shaffin was a group leader for the March of the Living in Poland in 1999, he accompanied one of the Jewish women in his group as she knocked on the door of a home that her grandmother’s family had owned before the Holocaust.

“An old Polish lady answered,” he recalled. “She asked if she could see her grandmother’s old house and the woman said, ‘Absolutely not, we thought we were through with you Jews and now you come back and probably want your house back. They gave it to me and you can’t have it back.’”

Such hostility to Jewish Polish survivors and their heirs who might be seeking restitution of their family’s property is now being compounded by a proposed Polish law that would preclude most of them from even filing restitution claims in the first place. For more than 70 years Poland has failed to address the issue of Holocaust property restitution not only for Jews but for non-Jewish property owners as well.

Although legislation has been proposed a number of times since Poland became a democracy in 1989, none became law. The World Jewish Restitution Organization (WJRO) noted that Poland is the only major country in Europe that has not passed national legislation for the restitution of property unjustly seized by the Nazis and/or nationalized by the Soviet’s Communist regime in 1945. In fact, in the spring of 2012, the Polish government actually announced that such a law was unnecessary and that claims should be pursued through the court system. However, there is no legal basis to file such claims, save for the handful of cases in which a technical flaw could be found in the original confiscation documents.

Although it has yet to deal with Holocaust-era restitution claims, Poland was one of 47 nations that in July 2009 signed the Terezin Declaration on Holocaust Era Assets and Related Issues. Signatories promised to “address the private property claims of Holocaust victims concerning immovable property of former owners, heirs, successors, by either restitution or compensation … in a fair, comprehensive and nondiscriminatory manner … .”

In addition, they promised that restitution or compensation would be swift and not costly.

But objections are being raised about the legislation proposed in draft form last Friday by Deputy Minister of Justice Patryk Jaki that would serve as a framework for a comprehensive national privatization law. Among the most serious is that it would bar all heirs except spouses and children and grandchildren from making restitution claims. In addition, claims would be accepted only from those who had Polish residency at the time their property was seized — and it would require claimants to be Polish citizens today. Thus, the vast majority of Holocaust survivors and their families would not be eligible because they left Poland during the Holocaust or in the immediate aftermath and thus were not there when the Soviets nationalized it in the years after the war. Most private property in Warsaw, for instance, was confiscated in 1949.

The WJRO, its chairman, Ronald Lauder, and chair of operations, Gideon Taylor, issued a statement calling for the legislation to be amended to make the eligibility rules for compensation “fair and just to those who suffered and lost so much.”

“We are profoundly disappointed that the Polish government’s proposal excludes the vast majority of Polish Holocaust survivors and their families,” they said. “Polish Holocaust survivors and their families were an integral part of Polish life for centuries. Their property is often their last tangible connection with the life they lived before the destruction of the Holocaust.” A spokeswoman at the Polish Embassy in Washington did not respond to  emails seeking comment.

Some 3.3 million Jews lived in Poland before World War II, of whom only 10 percent survived.

Taylor said that today there are “potentially thousands of Polish Holocaust survivors and their descendants living in the United States and around the world who could be eligible under the law [for property restitution] if the law is amended. Some Polish Jews were wealthy, others were not. The property might range from homes that are of significant size to small homes, but for many Holocaust survivors the issue is not about the size of the property or the amount of its value but about a recognition of history.

“Every house was a home where a family lived, and we are seeking legislation that would acknowledge that and establish a compensation program that is fair and just for Holocaust survivors and their families,” he said.

Among the other issues of concern to Jewish groups is that survivors and their family members who are entitled to apply for Polish citizenship may have a difficult time because they often do not have birth certificates or documents attesting to their Polish citizenship. And many elderly survivors cannot afford to pursue their claim.

The Terezin Declaration, it should be noted, stipulates that the claims process should “encourage solutions to overcome citizenship and residency requirements.”

The issue of Holocaust-era property restitution in Poland comes at a time when a new feature film, “1945,” deals with provincial villagers in Hungary who profited from the deportation of their Jewish neighbors. (See story on page 50.)

Rabbi Shaffin said all four of his grandparents were born in Poland and all four miraculously survived the Holocaust.

“One grandmother fled the train taking her to Auschwitz,” he said. “The train broke down and everyone was ordered off to await a replacement train. My grandmother fled into the woods while the guards were looking the other way.”

Under the proposed law, their children would not be eligible to apply for restitution of the property their parents owned because all four of their parents left Poland right after the war in 1945.

“There is a lot of Polish complicity in the war crimes of the Holocaust, and this latest proposed law is an attempt to deny responsibility — to try to erase Polish guilt for these crimes,” said Rabbi Shaffin, spiritual leader of Temple Beth-El in Bellmore, L.I. “Poland has long tried to present itself as a victim of WWII rather than as a perpetrator of the Holocaust. The truth is that it was both. The lives that were taken at the hands of Nazis and their collaborators — Poles and others — can never be returned, and there is no atonement for murder. However, theft, which is another crime that took place, is another story. At the very least Poland should return all of the financial assets and real estate that were taken from Jews — and possibly with interest.”

The proposed law would eliminate the possibility that any of the actual property or even substitute property would be returned, and compensation would be limited to 20 percent of the property’s current market value in cash or vouchers, or 25 percent in government bonds. Property not claimed within one year of the law’s passage would be transferred to the Polish government.