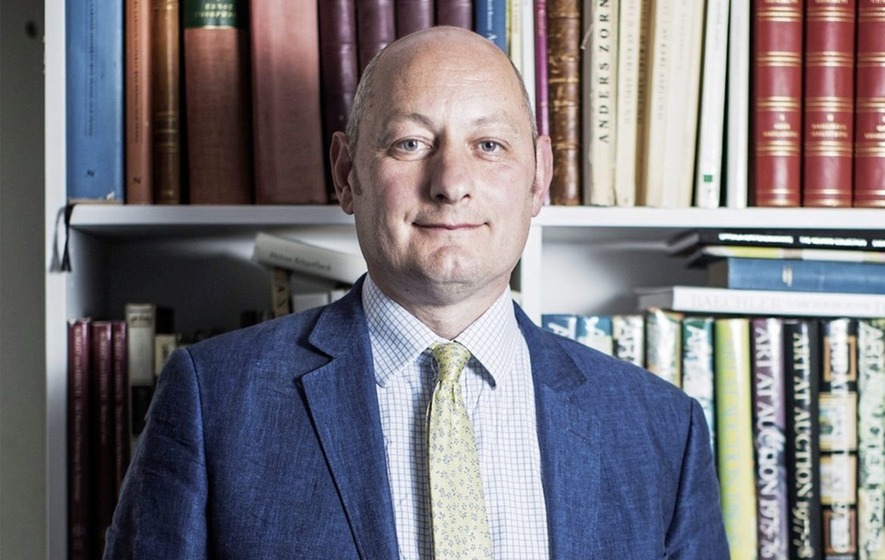 HISTORY, art and and life have intersected in fascinating ways for author and 'Nazi loot hunter' Richard Aronowitz, who will be in Belfast next week to talk about his latest novel, his investigative work and a family story which sounds like – and could yet prove to be – the plot of a bestseller. 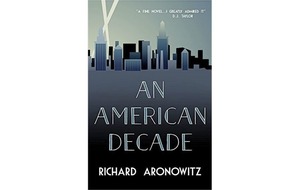 Aronowitz is European head of restitution at Sotheby’s in London. His job involves thoroughly checking the provenance of artworks for sale at the world-renowned auction house to ensure they were not stolen during the Second World War and, if they were, seeking out their original owners.

During the war, the Third Reich plundered art on a massive scale, with artworks confiscated not only in Germany but throughout Nazi-occupied Europe. Such theft, perpetrated wholesale against victims of the Holocaust, occurred from 1933 until the end of the war, most notably by an organisation established for the purpose headed by senior Nazi Alfred Rosenberg, later hanged at Nuremberg.

Although a large amount of the items were recovered by the Monuments, Fine Arts, and Archives programme set up by the Allied powers in 1943 to safeguard and recover historic and cultural monuments and artefacts, many are still missing and international efforts to identify Nazi plunder that remains unaccounted for are ongoing.

Aronowitz, whose third novel An American Decade has just been published and who began his literary career by writing poetry, has worked in the field of art restitution since 2006; he describes it as fascinating and utterly absorbing.

“The provenance and identity of every work of art created before 1945 is checked by me and my small team before it is offered for sale at Sotheby’s. This fine-toothed comb approach is intended to winkle out any work that might have an unresolved Nazi-era looting or forced sale history,” he says.

When Aronowitz and his team come across a piece of looted work, they initiate a dialogue between the current owners and the heirs of the pre-war owners to try and bring about a resolution.

“The stakes are very high and the buck stops with me and the team. If we let an unrecovered item of Nazi loot into one of our sales, it can do unbound reputational damage to the auction house," he says.

Remarkably, given that background checking is Aronowitz's professional focus, his suspicions about his own origins unearthed a surprising family tale.

Born in Sussex in 1970 as Richard Mercer – Aronowitz is his mother's maiden name which he took as his nom de plume – he spent his childhood in picturesque rural English settings, where he was to come to a startling realisation.

“The mid-20th-century of Nazism and World War II has shaped much of my life, although where I come from and how I grew up would, at first glance, make the reasons for that difficult to fathom.

“The thing was that there was always a darkness lurking there: when I was growing up I became very curious about my mum’s past, where she came from. She occasionally would utter the odd German word and I thought 'We’re English; we live in England.”

It became clear that the writer’s mother, Doris, had come from Germany as a Jewish refugee before the war. She had no siblings and had never known her father, who emigrated to America, unaware that her mother – with whom he had had an affair and who was to be murdered in the Holocaust – was pregnant.

“I am the youngest of four boys and in families of Jewish descent and Holocaust survivors one of them tends to have a particular interest in their past – and it was me," Aronowitz says. "I constantly dug and dug and it was often quite painful for my mother."

rise of far-right groups in the United States. A story of guilt, identity and redemption, it focuses on a man called Christoph Rittersman who travels to New York in pursuit of the American dream, and includes characters and story lines drawn from the author's own heritage.

As for linking then and now, Aronowitz states: “My whole life has been shaped by my knowledge of 1930-1940 Germany. It has led me to have a very clear picture of what went on in Nazi Europe. I hope I captured it and conveyed it powerfully enough to tell the story.

“The book is a reminder of what happened in the 1930s and how easy it is to ignore the warnings before its too late."

:: Richard Aronowitz will be reading from and discussing An American Decade at the Belfast Book Festival on Monday June 12. See belfastbookfestival.com for details.