April
The Art Newspaper 23 May 2017
By Catherine Hickley 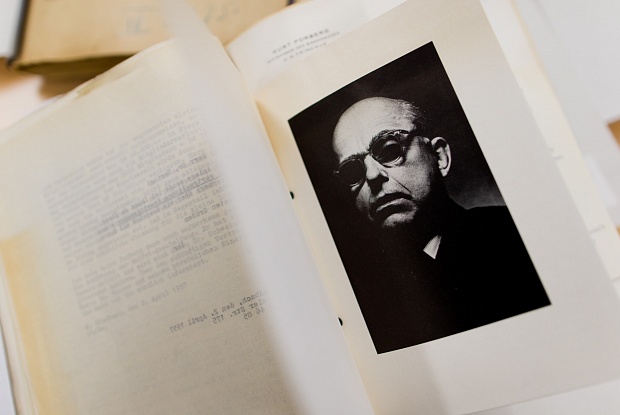 An archival photograph of the Nazi-era art dealer Hildebrand Gurlitt, the father of Cornelius Gurlitt

A 1902 painting of the Seine by Camille Pissarro found in the Salzburg home of the reclusive hoarder Cornelius Gurlitt has been returned to the heir of Max Heilbronn, a Parisian businessman whose art collection was looted by the Nazis in 1942.

La Seine, vue du Pont-Neuf, au fond le Louvre was identified in 2015 as a looted work by researchers appointed by the German government to investigate the provenance of Gurlitt’s collection. It is the fourth work in the hoard to be returned to the heirs of the original owners.

“It is good that we can return this work,” the German culture minister Monika Grütters said in a statement announcing the restitution. “We owe it to the victims of the Nazis and their descendants, because behind the history of every work of art there is a human history.”

German customs authorities seized more than 1,200 works found in Gurlitt’s Munich apartment in 2012. Hundreds more were later discovered at his house in Salzburg. The elderly recluse had inherited the trove from his father, Hildebrand Gurlitt, an art dealer who worked for the Nazis and purchased looted art as well as buying from Jews who were desperate to fund their escape from Germany. Cornelius Gurlitt died in 2014 and bequeathed his collection to the Bern Kunstmuseum.

Research by a German government team so far indicates about another 150 artworks in the collection are strongly suspected of being looted or sold under duress, including works by Paul Cézanne, Marc Chagall, Max Beckmann, Albert Dürer, Edvard Munch, Max Liebermann, Pierre-Auguste Renoir and Edgar Degas.

The Kunstmuseum and the Bundeskunsthalle in Bonn plan to exhibit a selection of works from the trove in two shows opening in November.