Dutch Old Master marine painting looted by the Nazis during the Warsaw Uprising in 1944 has been returned to Poland. 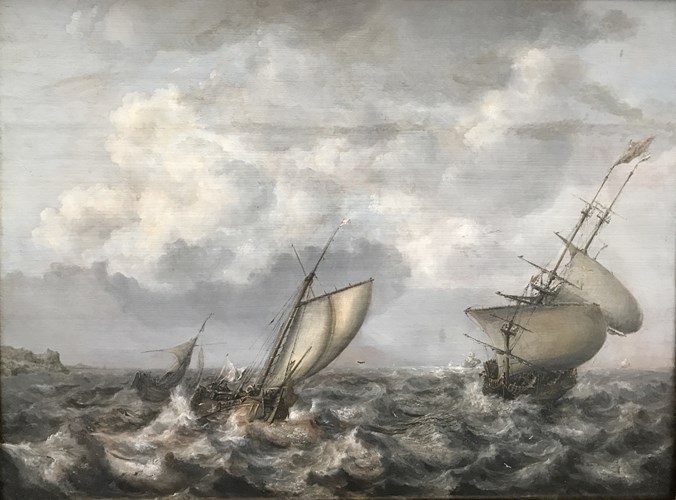 ‘Rough sea with ships’ by Simon de Vlieger, a painting stolen during the Warsaw Uprising that has now been returned to Poland.

Rough sea with ships by Simon de Vlieger (c.1600-53) was identified as a painting on the Polish Ministry of Culture’s database of war losses after it emerged for sale at a German auction house last year.

The painting was originally stolen from the collection of art patron Benedykt Tyszkiewicz and taken to Oldenburg near Hamburg. It then disappeared for 70 years before it was consigned to the auction in May 2016 from a private source who said they had acquired the work locally.

The exact value of the painting has not been disclosed but marine pictures by the Rotterdam-born artist tend to make six-figure sums when they appear at auction.

Negotiations to recover the work began after the Art Loss Register sent a request for information to the Polish Ministry of Culture. The work was subsequently withdrawn from the auction and the ministry then confirmed its identity after inspecting the work and comparing it to pre-war photographs.

After six months, an amicable settlement was reached with the owner and the work has now been returned to Poland. The restitution was marked with a ceremony held at the National Museum of Warsaw at the end of April. 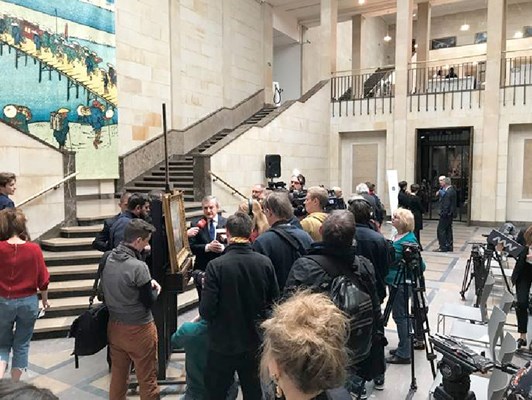 The return of the picture was marked with a ceremony held at the National Museum of Warsaw.