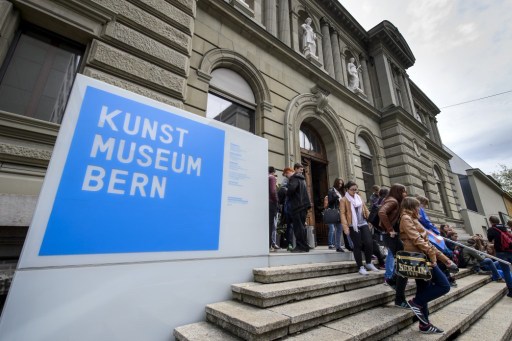 The works will go on display later this year.

Artworks belonging to the controversial Nazi-era Gurlitt collection will soon be arriving at their new home in the Swiss capital, Bern.

The city’s Museum of Fine Arts, or Kunstmuseum Bern, said the first pieces would begin arriving in June, according to news agencies.

A museum spokesperson, Maria-Teresa Cano, was quoted as saying 200 pieces would be in the consignment delivered from storage in Germany. Many were in poor condition.

“We will not receive any works suspected of having being looted,” Cano said, addressing concerns that many of the works had been stolen from their Nazi-era owners.

The gallery plans to exhibit the works in November, in a joint exhibition with the Bundeskunsthalle federal art museum in Bonn.

The works are mainly drawings, watercolours, and prints, with very few paintings.

Following a lengthy legal battle, the Bernese art gallery was finally recognized last year as the legal owner of the art hoard it inherited from German collector Cornelius Gurlitt.

Gurlitt died in 2014, leaving behind more than 1,500 artworks, including valuable paintings and sketches by Picasso, Monet, Chagall and other masters.

His father was an art dealer tasked by Adolf Hitler with helping to plunder great works from museums and Jewish collectors – many of whom died in the gas chambers.

It came as a surprise when Gurlitt bequeathed his entire collection to the Bernese art gallery.

The museum accepted the collection in 2014, but left some 500 works of dubious provenance in Germany to allow a government-appointed task force to identify the heirs.

The task force concluded that one percent of the artworks could be shown without doubt to have been stolen from Jewish families under the Third Reich or sold under duress.