AMSTERDAM — The owner of a 17th-century Dutch portrait that Nazi authorities looted from its German Jewish owner pulled the work on Wednesday, hours before it was to be auctioned in Austria, following an outcry and anonymous threats. 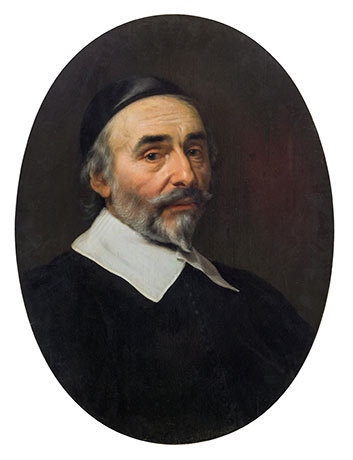 The painting, “Portrait of a Man” (1647) by Bartholomeus van der Helst, is one of 333 works that were seized by French auxiliaries of the Gestapo in 1943 from the collection of Adolphe Schloss, a German Jew who had lived in France and amassed a collection of Dutch Golden Age masterworks.

It has changed hands several times since then, most recently in 2003, when it was acquired by its present owner, despite its troubled history.

An auction house, im Kinsky, recently put the painting up for sale, after an Austrian public prosecutor deemed that the owner, who has chosen to remain anonymous, had bought the painting “in good faith” and was therefore its “fair and legal owner.”

But critics, including a lawyer for Mr. Schloss’s heirs in France, say the law is itself the problem. In countries like Britain and France, if a once-looted work appears at auction, the rightful owners or their heirs can intervene to try to block the sale, but not in Austria.

Austria’s handling of Nazi-stolen art has come under scrutiny before. One high-profile case involved works stolen from the Czech art collector Ferdinand Bloch-Bauer. One of them, Gustav Klimt’s portrait of the collector’s wife, Adele, ended up in an Austrian museum after the war.

Maria Altmann, one of the Bloch-Bauer heirs, sought to sue the Austrian government for its return and was prevented from doing so because she could not afford the cost of the filing fee. She had to take the case out of Austria, to the United States Supreme Court, to get the work back, a story that was made into the film “Woman in Gold.” (The painting is now at the Neue Museum in Manhattan.)

In an interview on Wednesday after the work was pulled, Antoine Comte, the lawyer for the Schloss heirs in France, said that if public pressure was the motivating factor, then it was “a quite positive result.”

Mr. Comte said the heirs believed that the Austrian system was flawed.

“Maybe it’s not a legal problem in Austria, but it’s becoming a real moral problem for them,” Mr. Comte said. It’s time that Austria understand that these things cannot be admitted as being possible anymore today. It’s appalling.”

He added: “Truly, the auction house in Vienna doesn’t give a damn about these moral aspects.”

Since World War II, 162 of the 333 works from the Schloss collection have been restored to the heirs, while 171 paintings were never returned.

Ernst Ploil, director and chief executive of im Kinsky, said the auction house had received about 30 hostile emails, “accusing us of being Nazis and of collaborating with Hitler.” Some contained threats, he said.

The owner was worried that if he sold the painting, “maybe his car is ruined or his house is set on fire,” Dr. Ploil added. “He was afraid.”

Dr. Ploil said the owner did not think he was morally obliged to refrain from selling the work.

“It’s not for moral reasons,” he said of the decision to withdraw the painting. “It’s not that he doesn’t feel he is acting on totally a legal basis. It’s only because of the pressure.”

The painting had been listed with a presale estimate of 15,000 to 30,000 euros ($16,000 to $32,000), and an explanation about the painting’s provenance. The painting was listed by the Germans in an August 1943 inventory of the Schloss collection, after they had taken possession of the trove.

Dr. Ploil said that however unfortunate the history, “the owner now is a perfectly legal owner, and his ownership is stated by Austrian law.”

He added: “Many auction houses just refuse those objects, and in my opinion that’s not a good way to handle it because the owner then just keeps it and hides it. That’s no advantage.”

The seller purchased the artwork from an Austrian dealer in 2003, and he said that he was told nothing about its history and provenance, Dr. Ploil said, “not even mentioning the nationality of the artist.”

Im Kinsky was originally scheduled to auction the painting last year but withdrew the work after the Schloss heirs made a claim.

Anne Webber, founder and co-chairwoman of the Commission for Looted Art in Europe, a nonprofit organization in London that studies restitution policies, said that Austria was one of several countries in continental Europe, including Germany and Italy, where buyers get legal ownership at the point of sale even if the work is known to have been looted.

The effect of the law, she said, is that someone can sell works at auction that have never been restored to their rightful owners, who do not have recourse to block the sale.

“The ability to recover a looted work of art still depends on the accident of where it’s found, because of the variability of laws across the world,” Ms. Webber said. “It’s such a huge issue, and it has been an issue for such a long time because obviously families want their paintings back. If they find them in a museum, then the right remedy is considered to be restitution, but when they come up on the art market, the best they can usually get is a share of the proceeds of the sale, which is often not what the family wants.”

Ms. Webber added, “We hope that this case has highlighted the urgent need for the Austrian government to review and change the law, so that such works of art can’t be sold and must be returned to their rightful owners.”