The canvas “Ships in a Rough Sea” by the Dutch artist Simon de Vlieger (1601-1653) has been returned to the National Museum in Warsaw. 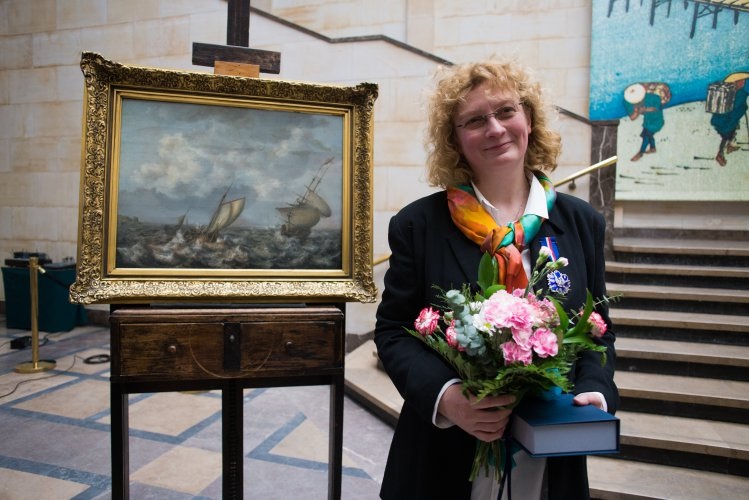 It was stolen from the Museum during the 1944 Warsaw Uprising by Wilhelm Ohlenbusch, in charge of propaganda within the General Government, a German zone of occupation established after the invasion of Poland by Nazi Germany and the Soviet Union in September 1939.

During the ceremony at the National Museum, Culture Minister Piotr Gliński said that over 300 works of art have been reclaimed by the Ministry over the past five years.

The whereabouts of Simon de Vlieger’s painting remained unknown until May 2016, when a representative of the London-based firm The Art Loss Register approached the Polish Culture Ministry with a request to confirm the authenticity of a work of art that was offered for sale by a German auction house.

On the basis of the documentation provided by the Polish side, the painting was withdrawn from the auction. The negotiations with the owner brought an amicable solution, resulting in the return of the painting to the museum, where it had belonged prior to World War II.