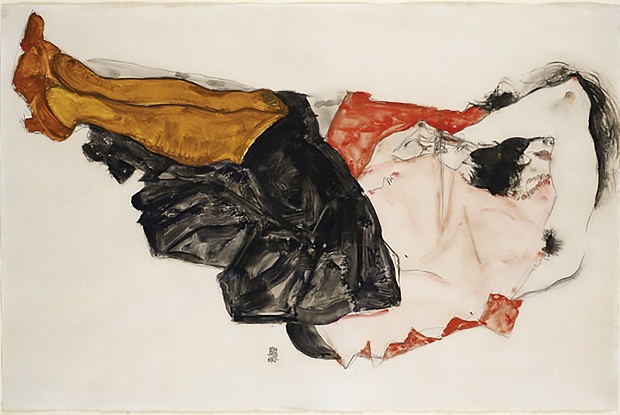 A dispute in New York over two watercolours by Egon Schiele will revisit the tragic life of their owner in the 1930s, Fritz Grünbaum, a popular Jewish entertainer in Vienna who died a Nazi prisoner in Dachau.

Some also see the case as an early assessment of the Holocaust Expropriated Art Recovery (HEAR) Act, which regularised a federal statute of limitations of six years, beginning with the discovery of an object, during which claims can be made for the recovery of Nazi loot in the US. The statute affirms a US interest in the restitution of art stolen during the Nazi era.

The HEAR Act was passed unanimously in the US Congress and signed into law by President Obama last December, yet its role in this specific case may be as an underlying statement of national policy, since the statute of limitations is not at issue.

Grünbaum’s heirs are seeking to recover Woman in a Black Pinafore (1911) and Woman Hiding Her Face (1912), valued together at around $5m. The works were seized from the booth of the London dealer Richard Nagy at the Salon + Design Fair in New York in November 2015.

The claim for these watercolours follows a similar trajectory as a previous claim for a Grünbaum Schiele drawing that failed back in 2012 after years of litigation.

That case raised the question about whether Grünbaum’s collection, much of which was sold in Switzerland by his sister-in-law in 1956, was ever looted by the Nazis.

Named after David Bakalar, the US collector who acquired the Schiele drawing in New York in 1963, the Bakalar case was finally decided in his favour on the determination that the claimants had not acted soon enough to assert their right to title.

Raymond Dowd, who represented the Grünbaum heirs in the Bakalar case, is representing the same heirs against Nagy. With the HEAR Act in effect, Dowd expects this claim to be judged differently. He promises to produce new “smoking gun” historical evidence, which he says was excluded from Bakalar. “I think it’s no longer going to be OK to kick the historians out of the courthouse,” Dowd says.

In a statement, Nagy says: “This case is Bakalar 2. It’s the same case, being brought by these heirs and their counsel over the exact same collection of works of art, as has been lost by them in two adjudications in Austria and the Federal Court of New York decision after full hearings on the merits.

“Both works in this case were purchased after the Federal Court of New York delivered its judgment. That decision stated that there was no evidence of Nazi looting of the works sold by Matilda Lukacs [Fritz Grünbaum’s sister-in-law] in 1956. By the claimants’ own admission, these two works were in the 1956 sale… it is not a case of Nazi theft.”

Nagy is not the only sceptic. Another is Robert Holzbauer, who formerly directed provenance research at the Rudolf Leopold Foundation in Vienna. “I can’t imagine that there are any new findings in the archives,” he says, noting that claims on Grünbaum works in the Leopold Museum in 2010 and in the Albertina in 2015 were unsuccessful.

Any claim on Grünbaum pictures faces the problem of gaps in the evidence. Grünbaum was arrested in 1938 and sent to Dachau. His wife, Elisabeth, received power of attorney from him, and submitted his art collection to be inventoried after she was forced from their apartment. Grünbaum was killed in Dachau in 1941. Elisabeth died in a camp a year later.

The collection resurfaced in a sale of some 50 works in 1956 in Switzerland at the auction room Eberhard Kornfeld. The consignor was Matilda Lukacs, Elisabeth’s sister. Researchers have little information about the whereabouts of the collection between 1942 and 1956. Many believe that it was not seized, but hidden during the war, and came into the possession of Lukacs and her husband when they returned from hiding in Belgium.

The team assembled by Dowd to represent the Grünbaum heirs includes Herbert Gruber, a Viennese genealogist who found the family members and brought them into the case. He will get a percentage of any recovery fee, Dowd says. The team is also supported by the German bank Hoerner, which specialises in “heir research”.

In October, before the HEAR Act became law, a judge in New York ruled against a petition by Nagy’s lawyer, Thaddeus Stauber, to dismiss the case. That decision is now under appeal.

“There’s no mistaking what [US] federal policy is with regard to Nazi-looted art claims. There’s an overarching federal policy in favour of restitution now,” Schoenberg says, “and a lot of these esoteric procedural arguments that have tied up cases over the years should no longer be seriously considered. It may even impact cases that are on appeal.”

Could that impact go too far? “The intention of the statute is that people get into court and get their claims heard,” says the lawyer Thomas Kline, a veteran of battles over cultural property.

“The statement of policy should be that these cases should be decided on their merits, not that they should all be decided in favour of claimants,” Kline warns. “There certainly can’t be a federal policy in favour of restitution when cases are weak. Yes, Grünbaum was killed in the camps, and his wife was killed in the camps,” says Kline, who is Jewish. “I still need to know what happened to the artwork.” 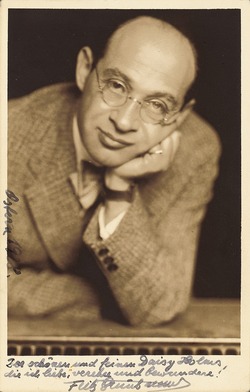 Fritz Grünbaum (1880-1941) was a cabaret performer in Berlin and Vienna who mocked politicians and collected art. He was much loved in the mid-1930s for sketches that ridiculed the Nazis in Austria. He was arrested and send to Dachau in 1938, soon after the annexation of Austria by Nazi Germany.

Anti-Semitic Nazi laws required Grünbaum’s wife to submit their apartment to an inventory. She would eventually sign over everything to the Nazis, bargaining in vain to obtain exit visas for herself and her husband. Grünbaum died in Dachau in January 1941. Elisabeth, his third wife, was deported a year later and died in a camp outside Minsk. Grünbaum’s art collection included almost 500 works, with at least 81 by Egon Schiele. Besides the mystery of what happened to the collection after 1942, there is the mystery of what happened to many of the works that have never resurfaced.