An agreement was reached between the museum and the Jewish art owner's heir. The Judgment of Paris, referring to a contest of goddesses, will stay on display at Wilhelm-Hack Museum.

BERLIN — A 1913 painting by Expressionist Ernst Ludwig Kirchner that was seized by the Nazis as "degenerate art" will remain in a Ludwigshafen museum after the German government and others paid €1.2 million to the heir of the painting's original owner.

"The Judgment of Paris," which shows three nude women and a clothed man posing in Kirchner's studio, was looted from Jewish art collector Hans Hess during the Nazi era, but has been on display at the Wilhelm-Hack Museum in Ludwigshafen since 1979.

Hess's heir agreed to allow the painting to stay on display at the museum after various donors, including the German federal and state governments and the Ernst von Siemens Foundation, raised money to compensate her, the German government said on Friday. 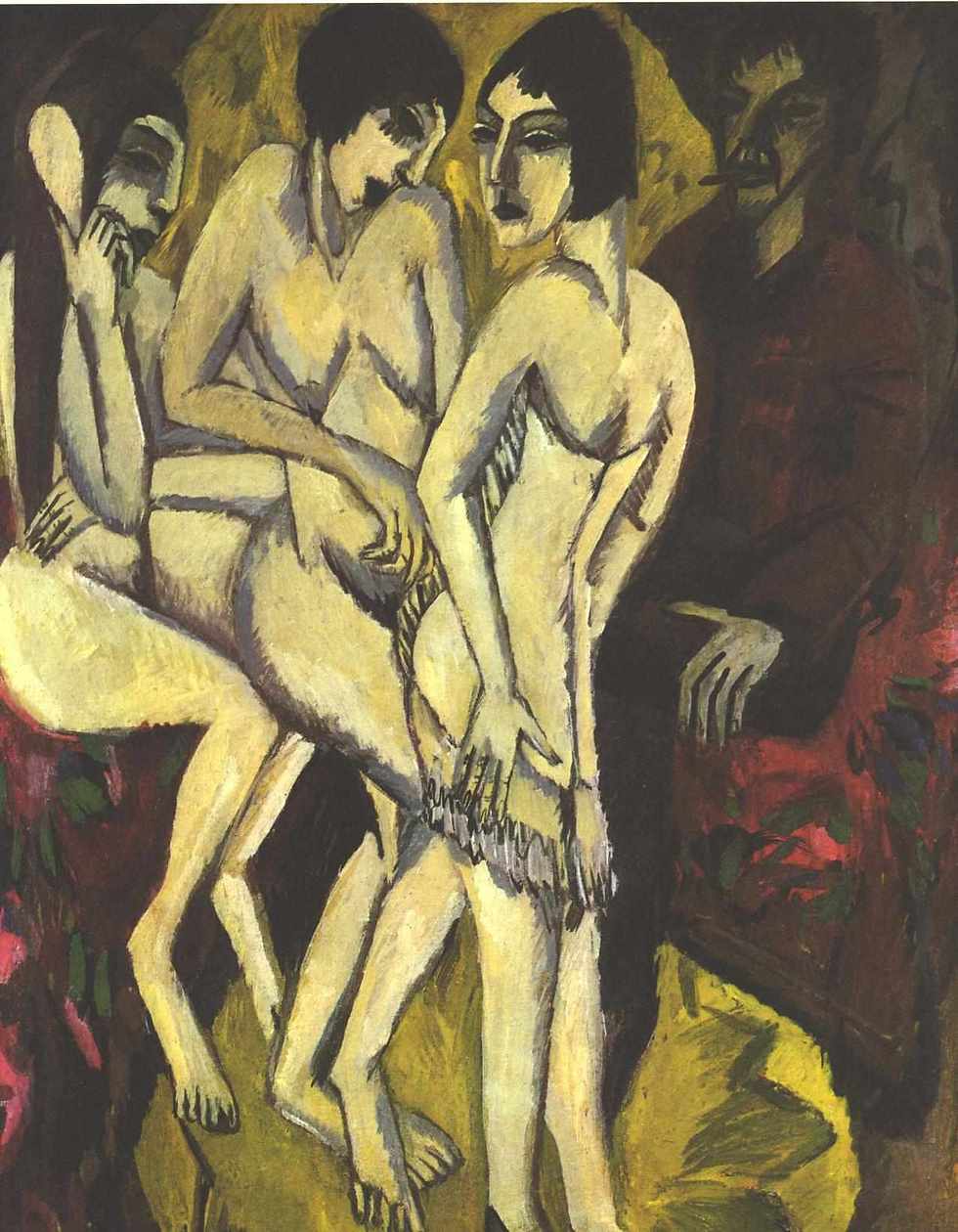 The agreement was made in accordance with the so-called Washington Declaration of 1998 that covers restitution of art confiscated by the Nazis before and during World War Two. Culture state secretary Monika Gruetters described the purchase as "a great example of a public museum living up to its responsibilities for dealing with Nazi looted art."

Gruetters said the agreement was made possible by the generosity of the heir of the painting's original owner, and the extraordinary help of public and private donors. The painting's title refers to the Greek myth about a contest between the three most beautiful goddesses of Olympus—Aphrodite, Hera and Athena—vying for the prize of a golden apple addressed "To the Fairest."

Decades after World War Two, German museums continue to address claims by those who had artwork stolen by the Nazi regime, although some museums are now facing lawsuits because they refused to surrender paintings.