FBI Special Agent in Charge Michael McGarrity of the New York Field Office presented representatives of the Max and Iris Stern Foundation, to include beneficiary Concordia University, the painting Young Man As Bacchus by Jan Franse Verzijl (1599-1647) in a ceremony at the Museum of Jewish Heritage. The painting was part of the collection of the Galerie Stern in Dusseldorf, Germany that was forced by the Nazi regime to liquidate its inventory because of the owner’s Jewish heritage in 1936. It was recovered at an art fair in New York City in May 2015, where the FBI served legal papers.

The Galerie Stern was established in Germany in 1913 by Julius Stern. Upon Julius Stern’s death, Dr. Max Stern managed the gallery until he was forced into exile by the Nazi regime in December 1937. Under the Nazi regime, Dr. Stern was forced to liquidate the inventory, including the Young Man As Bacchus painting, which was sold on October 18, 1936. Under U.S law, the painting was considered stolen property. Upon Dr. Stern’s death in 1987, all potential recovered art works from the Galerie Stern would be turned over to the Max and Iris Stern Foundation. 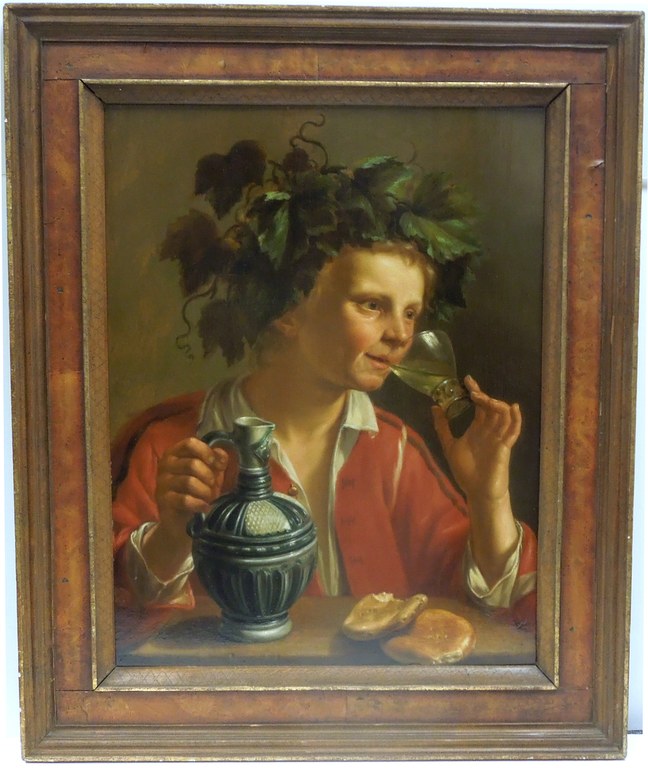 Michael McGarrity, special agent in charge of the Criminal Division, FBI New York, said, “Works of art hold a special place in our society. Accordingly, facilitating the return of stolen and missing works of art to their rightful owners is held in high regard among the FBI’s art crime investigators. Today, we are proud to return the Verzijl painting Young Man As Bacchus to representatives of the Stern Foundation after more than 80 years.”

Dr. Clarence Epstein, director, Max Stern Art Restitution Project, Concordia University said, "Over the last 15 years, the assistance of law enforcement agencies in the United States, Canada, and Germany has been invaluable to the advancement of the Max Stern Art Restitution Project. Recognizing that forced sales of Nazi-era cultural property are equivalent to acts of theft remains the project’s guiding principle.”

The FBI would like to thank the Museum of Jewish Heritage–A Living Memorial to the Holocaust for hosting the repatriation ceremony.

The FBI reminds the public to come forward with any information they may have about stolen art or cultural heritage items. Tips can be submitted to the FBI’s Art Crime Team at (212) 384-1000 or at tips.fbi.gov. Tipsters may remain anonymous. Art and cultural item buyers are recommended to review the FBI’s Stolen Art File prior to a purchase to avoid civil forfeiture of stolen items.