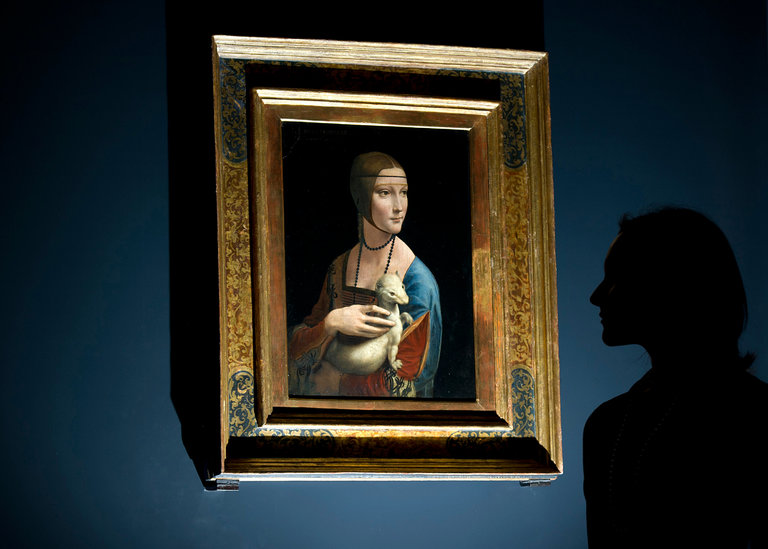 WARSAW — A significant private art collection that includes a rare painting by Leonardo da Vinci, as well as works by Rembrandt and Renoir, will be owned by the Polish government under an agreement signed Thursday with the family foundation that has administered the collection since its inception.

Piotr Glinski, the deputy prime minister and minister of culture who signed the agreement, to buy the collection, said that his main intention was to ensure that the artworks receive proper care and never leave Poland. Earlier this month, he said that was a possibility as long as they belonged to the privately owned Princes Czartoryski Foundation.

The Czartoryski collection has been one of Europe’s most important private art collections. It contains 250,000 historic manuscripts and documents, some of which used to belong to Polish kings. It also has 86,000 museum artifacts that include 593 precious artworks, most notably Leonardo’s “Lady With an Ermine” (1489-1490); Rembrandt’s “Landscape With the Good Samaritan” (1638); and sketches by Rembrandt, Auguste Renoir and Albrecht Dürer.

The decision changes only the status of the collection, which was set up more than 200 years ago by Princess Izabela Czartoryska. The artworks will remain where they are today. Most are housed and displayed in the National Museum in Krakow, in southern Poland, with the exception of “Lady With an Ermine,” which is on display at the Wawel Royal Castle in Krakow.

Still, the culture ministry’s legal effort reflects a broader goal by the right-wing Law and Justice government, which since taking power more than a year ago has been striving to re-establish Polish heritage and history as a source of national identity and pride.

Mr. Glinski acknowledged that the $105 million that the government paid for the collection is “way below the market price,” which is widely estimated at more than $2 billion. He said the transaction can be viewed more as a “donation.”

He added that by accepting the government’s offer, Prince Adam Karol Czartoryski fulfilled the family’s obligation, as “everyone should consider conscientiously whether they do enough for their fatherland.”

Mr. Czartoryski, 76, the president of the Princes Czartoryski Foundation, said that he was “basically following in the footsteps of my ancestors, who always wanted to serve the Polish nation.”

The negotiations were not without controversy, however. After an announcement earlier this month that the ministry was in talks to buy the collection, the board of the Czartoryski foundation said that the move might be illegal, because, according to the foundation’s statute, the collection is “nontransferable and indivisible.” The board members resigned last week, after they were excluded from the talks.

Jan Lubomirski-Lanckoronski, a relative of Mr. Czartoryski and member of a new board that was formed after the other board members resigned, said that the foundation’s statute was changed to allow for the collection to be sold.

During the war years, many objects from the collection were looted, including Raphael’s masterpiece “Portrait of a Young Man” (1513-14), and were never retrieved. The list of losses includes about 800 works.

The agreement signed at the Royal Castle in Warsaw on Thursday not only gives Poland the rights to the current collection, but also transfers the rights to any future claims to works of art that may be retrieved.

“This is such an incredible thing, not just for our family, but for our country as well,” Mr. Lubomirski-Lanckoronski said in a telephone interview. “All these artworks are an inseparable part of Poland’s history and I know that Aunt Izabela would be happy that they now belong to the Polish people.”