Getting art back that was stolen by the Nazis has a share of success stories, but sometimes it’s too late for the rightful owner to appreciate 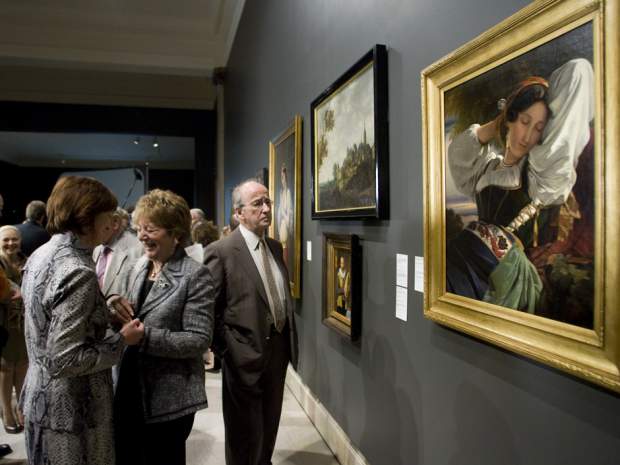 A man looks at a just-unveiled Girl from the Sabine Mountains by Franz-Xaver Winterhalter (1805-1873) at the Montreal Museum of Fine Arts in Montreal Wednesday, May 20, 2009. To mark the fifth anniversary of the Max Stern Art Restitution Project, the three university beneficiaries of the Estate of Max Stern (Concordia University, McGill University/Montreal, Hebrew University/Jerusalem) hosted a return ceremony for the seven Old Master and Nineteenth Century paintings thus far recovered.

The dark echoes of Nazi tyranny sound longer in the art world than almost anywhere else. When they controlled Europe the Nazis plundered many art collections, transferring thousands of paintings to greedy Nazi collectors or the German state.

When the Hitler era ended in flames, those holding stolen art did their best to hide it or sell it. Rightful owners set out to find their property and a few art scholars developed a new specialty as detectives. Some of the art turns up from time to time but after seven decades much of it remains lost.

The latest development in this search has brought Max Stern back into the art news. A Montreal dealer who ran the Dominion Gallery on Sherbrooke Street for many years, Stern was one victim of the Nazi art-grab, his story typical of many whose lives were ripped apart by world war.

Born in Germany as the son of Julius Stern, an art dealer, he did a PhD in art history at the University of Bonn, managed his father’s Dusseldorf gallery, then inherited the gallery and its stock of art in 1934. 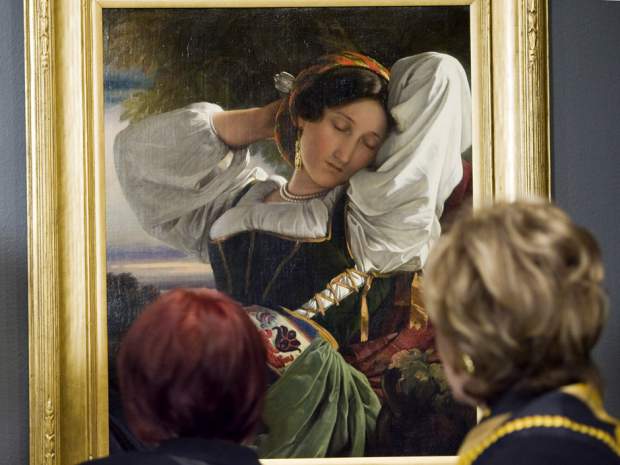 Women look at a just-unveiled Girl from the Sabine Mountains by Franz-Xaver Winterhalter (1805-1873) at the Montreal Museum of Fine Arts in Montreal Wednesday, May 20, 2009.

He planned to open galleries in London and New York and did open a short-lived London gallery in 1935. Not long after, the Nazis notified him that, as a Jew, he no longer had professional accreditation as a dealer in Germany. He had four weeks to sell or dissolve all holdings in the Galerie Stern. Stern auctioned off much of what he owned and placed the rest in storage. From there it was confiscated by the government.

Stern fled Germany for England, carrying nothing but a suitcase. In 1939, the British declared him an enemy alien and he spent two years in a refugee camp on the Isle of Man. The British government then allowed him to immigrate to Canada. He set up in Montreal, eventually in the Dominion Gallery, where he sold European as well as Canadian art: Group of Seven, Paul-Emile Borduas, Jacques de Tonnancour and Emily Carr.

When I met him in 1955, he expressed his affection for Carr’s work and said he was pleased to have staged the one successful show she had in her lifetime. I remember that he was grateful to the Canadian government, especially Lester B. Pearson, then the external affairs minister, for helping retrieve his lost art, notably Musical Party, by Dirck Hals, and Landscape with Figures, by Salomon van Ruysdael.

When Stern died in 1987, he left the bulk of his estate to three universities, McGill and Concordia in Montreal and the Hebrew University in Jerusalem. His claims for lost art were a major part of his estate, so in 2002 the three universities set up the Max Stern Art Restitution Project, with headquarters at Concordia. In the past the project has found 13 lost works and last week announced two more, both Dutch 17th-century: Ships in Distress from a Stormy Sea, by Jan Porcellis, and Landscape with Goats, by Willem Buytewech the Younger.

The pursuit of art seized by the Nazis is long and often frustrating, but it has its share of successes, though often long after the rightful owner can appreciate the recovery.