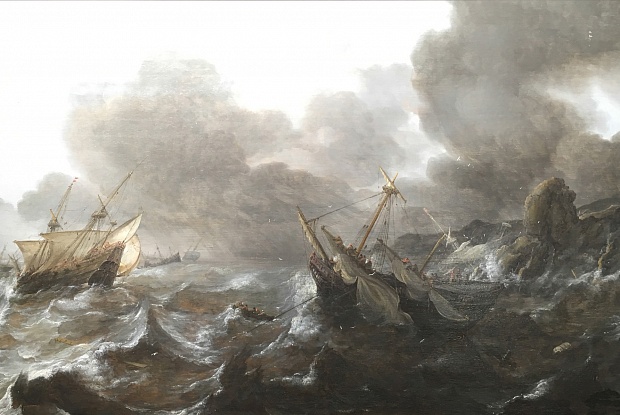 Two Dutch Old Master paintings will today return to the heirs of Max Stern, a Jewish art dealer who was persecuted by the Nazis and forced to liquidate his gallery and flee Germany.

The Max Stern Foundation, which oversees Stern’s estate, will take possession of the paintings at a ceremony at the Canadian Embassy in Berlin. An anonymous tip from an art trade informer alerted the foundation that Ships in Distress on a Stormy Sea by Jan Porcellis (around 1584-1632) was for sale at Auktionhaus Metz in Heidelberg. 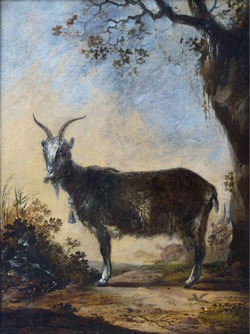 Germany’s Federal Crime Office identified Landscape With Goats by Willem Buytewech the Younger (1625-70) when it was advertised at Auktionshaus Stahl in Hamburg. In both cases, the consigners were unaware of the provenance and agreed to return the works in “amicable discussions”, the foundation says.

Stern took over his father’s Dusseldorf art gallery in 1934, a year after the Nazis seized power. As a Jew, he was no longer allowed to practice his profession after 1935 and was forced to sell the contents of his gallery at the Lempertz auction house in Cologne. He fled to London in 1938, later settling in Canada. Stern died childless in 1987 and left the bulk of his estate to three universities—Concordia and McGill in Montreal and Hebrew University in Jerusalem.

In 2002, the universities launched a campaign to recover the lost art, creating the Max Stern Art Restitution Project. The two latest restitutions bring the total number of works recovered to 15. The foundation is seeking around 400 works altogether.

As a means of compensating good-faith holders of Stern’s missing paintings, the Max Stern Foundation says it is developing a program with the German Friends of Hebrew University, a charitable foundation based in Berlin. Under the program, the foundation would issue those who relinquish Stern works with a tax-deductible donor’s certificate for their value.

“There has been a recurrence of these works being consigned by individuals in good faith,” says Clarence Epstein, the senior director of urban and cultural affairs at Concordia. “This solution means that they can get some relief despite having a problematic artwork.”