The work was gifted by a Nazi official. 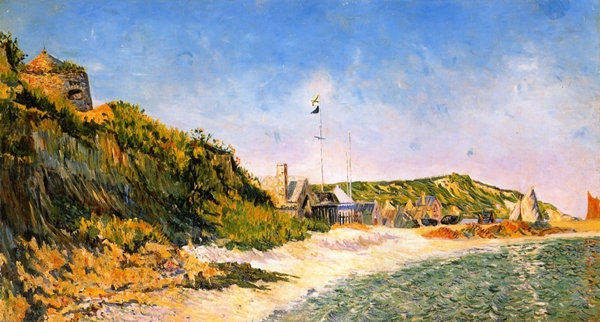 A Nazi-looted artwork by the French neo-impressionist painter Paul Signac owned by the Vienna Philharmonic Orchestra will be returned to the descendants of the former owner. A spokesperson for the Philharmonic confirmed on Friday that Port en Bessin (1883) will be returned before Christmas.

According to the Austrian broadcaster ORF, the artwork was given to the orchestra in 1940 by Roman Loos, the Austrian head of the secret police in Nazi occupied France, in exchange for a series of performances. Now the painting—which has been kept in a storage facility—will finally be given back to the heirs of Marcel Koch, the expropriated former owner who died childless in 1999.

In 2013 the director of the Vienna Philharmonic Orchestra Clemens Hellsberg commissioned art historian Sophie Lillie to research the work’s provenance and find the heirs of the former owner. Lillie managed to identify and track down five legally recognized descendants of Marcel Koch. According to ORF, the organization had unsuccessfully attempted to determine the provenance of the painting since the 1980s.

The return of the artwork will close the long-running restitution case which has been ongoing since April 2014, when the Philharmonic first identified Koch’s rightful heirs and announced its intention to return the artwork.

According to the Austrian daily Profil,the five heirs have reportedly elected to consign the artwork to a Paris-based auction house. Expert appraisers have estimated the market value of the painting at $500,000.

Further research on the provenance of the Philharmonic’s musical instruments and other archival material has not revealed any evidence of illicit items, although research into the institution’s holdings is ongoing.