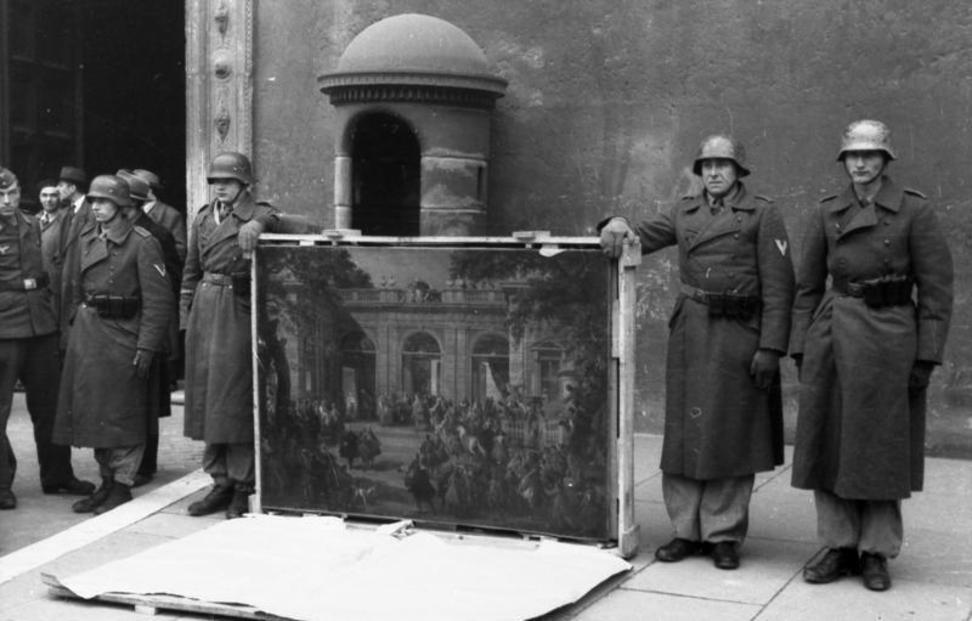 Rome, Italy, 4 January 1944. German soldiers of the Division "Hermann Göring" posing near the main entrance of Palazzo Venezia showing a picture taken from the National Museum of Naples Picture Gallery (today at the Museo di Capodimonte) before the city liberation, during a propaganda ceremony aimed to prove that the artworks are being "devolved" to the RSI.

By establishing a six-year federal statute of limitations for these claims, the bill will help facilitate the return of Nazi-confiscated artwork to its rightful owners or heirs. The legislation will ensure that American law encourages the resolution of claims related to Nazi-confiscated art on the merits, in a fair and just manner. Doing so is consistent with long-standing U.S. foreign policy, as demonstrated in the 1998 Washington Conference Principles on Nazi-Confiscated Art and the 2009 Terezin Declaration.

Chairman Goodlatte and Rep. Nadler issued the following statements upon the introduction of the bill:

Chairman Goodlatte: “Over 70 years have passed since the horrors of the Holocaust ended, but the survivors and their families are still trying to recover some of their most prized possessions. During the Holocaust, the Nazis stripped so many priceless works of art and heritage from the homes of so many across Europe.

“While we can never erase the horrors of the Holocaust from human history, we can do our part to bring these treasures back to the families of those who suffered and sacrificed so much during that dark time.”

Congressman Nadler: "I am pleased to join Chairman Goodlatte in introducing this bill to help facilitate the return of stolen artwork and heritage lost to the Nazis.  This legislation will ensure that the rightful owners and their decedents can have their claims properly adjudicated.  Among the many horrific crimes and atrocities committed during the Holocaust, the Nazis also engaged in comprehensive, systematic theft of art and property all across Europe.  The scope of their deeds was massive, and the damaging effects remain with us today – still seeking justice and some form of recompense.  While no legislation or act of contrition will ever reverse the many horrors committed by the Nazis, one thing we can do is establish a fair judicial process so that claims can be properly addressed."