New York, (MMD Newswire) September 15, 2016 -- Last week the heirs of Greta Moll filed suit against the National Gallery, London, London, to recover the Matisse portrait of their grandmother Greta Moll. The Moll heirs did not take this step lightly, but only as a last resort, after discussions with the National Gallery failed.

Greta Moll and her husband Oskar were artists and students of Matisse. In 1907 Matisse painted the portrait of Greta Moll. After acquiring the painting, the Molls took it back to Germany with them. When the Nazis came to power both Greta and Oskar Moll were persecuted by them because the Nazis considered their art to be degenerate. Oskar lost his academic position at the Dusseldorf Academy of Art and neither Oskar nor Greta were permitted to pursue their profession and show their art. 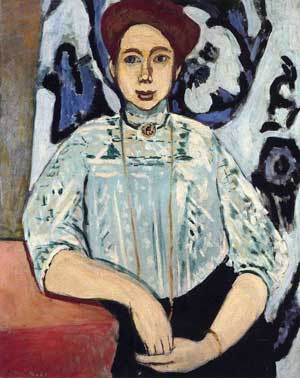 After the Nazis were defeated, the Molls lived in occupied Berlin. There they were under constant threat of looting and other depravations. Oskar died prematurely in 1947, and Greta decided to travel to Wales to live with her daughter who had married a Welsh man.

Prior to moving to Wales, Greta entrusted the one last thing of value she possessed, the portrait Matisse had painted of her, to an art student of Oskar Moll who was travelling through Switzerland to visit her husband in Tehran. The student was entrusted with the task of taking the portrait to and leaving it with a Swiss art dealer for safe keeping. However, in Switzerland she sold or otherwise took money for the painting, thus illegally selling it and taking the sales proceeds, all without the permission and authorization of its owner Greta Moll. Such an unauthorized sale is a form of theft. 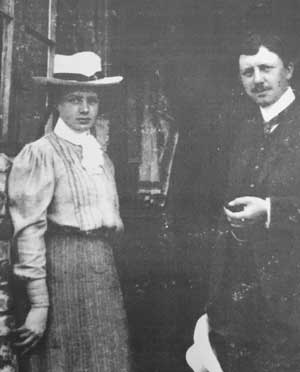 For Greta Moll, who had since moved to Wales and sought to find out what had happened to her portrait, this loss was immense. She never saw the portrait again. In 1954 in a talk she gave at the Wayne State University, in Ohio, she said that the painting had been "lost" after WWII.

Greta Moll neither authorized a sale of the painting, nor did she ever receive any of the proceeds of its sale. It was a very painful loss of a painting which she owned and to which she was indelibly connected.

All museums are held to a high standard when acquiring art to make sure that it is not stolen. To decide to deliberately hold on to a stolen work of art raises important questions about the institution which holds such art and refuses to return it. A museum which proudly holds a stolen artwork in its collection for the "Nation", which was lost under duress in the aftermath of WWII, would appear to have lost its moral and ethical foundations. And one must ask the question, should museums, especially public museums, be permitted to hold stolen artworks at all?

The portrait of Greta Moll is not a portrait of any of the great monarchs of Great Britain, nor is it a portrait of any of its Prime Ministers or of any of its Members of Parliament. It is a portrait of a German woman who sat for a French artist in 1907 in Paris and from whom it was stolen in 1947 in the aftermath of WWII. One must wonder indeed as to why the National Gallery feels so strongly that this portrait, which was stolen from its subject and owner after she had endured and survived so much during and after WWII, including the loss of her husband, should not be returned to its true owners, and as to why it feels it must hold on to it for the "Nation" when it has nothing to do with British culture or history.

During and in the aftermath of WWII, countless works of art were looted, lost or stolen from private owners and from museums. Some artworks were taken by the Nazis, some by soldiers on both sides of the conflict, and some simply went missing. When these artworks are located and institutions such as the National Gallery learn their true provenance, the just and moral course is to return them to their true owners. There are countless examples of individuals and institutions which have returned such artworks to their true owners, which are in many cases museums.

The measure of a great nation is the integrity of its institutions and their capacity to act justly and where possible right the wrongs of history. Unfortunately that is not the course which the National Gallery has taken in this case so far.

The Moll heirs are still fighting for the Matisse portrait of their matriarch, Greta Moll, and are still waiting for the National Gallery to steer a just course, and return the stolen portrait of Greta Moll to them. That is what one would expect from a venerable institution acting justly on behalf of a great nation.