Could Long-Lost Amber Room Be Stashed in a Nazi Bunker in Poland? 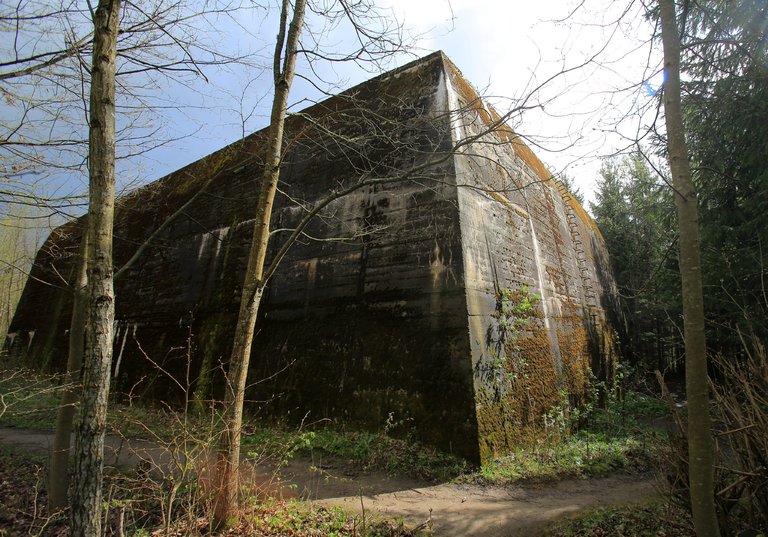 A former German bunker in Mamerki, Poland. Researchers have uncovered evidence of a hidden chamber inside, and think it may contain loot from World War II.

There is perhaps no lost-treasure mystery more seductive than that of the priceless Amber Room of Peter the Great, which disappeared in the chaotic closing hours of World War II. Now Bartlomiej Plebanczyk, an unassuming historian and museum director in northeastern Poland, believes he has found it.

Elderly villagers told Mr. Plebanczyk that they had seen a German convoy unloading big crates into a secret chamber in a stark, moss-covered Nazi bunker near the Russian border in early 1945. So the Mamerki Museum, whichhe leads, recently completed a ground-penetrating radar scan of the derelict bunker that he said confirmed the existence of a hidden chamber.

“This is the perfect place to hide something if you have to move it quickly out of eastern Prussia,” Mr. Plebanczyk said.

Poles are used to hearing extravagant tales of lost war loot, and also to hearing the tales debunked. Last year, two men claimed to have found a buried train containing Nazi gold, but an investigation found no such thing. Despite that, war-treasure hunting is such a popular pastime in Poland that enthusiasts have their own web forum.

The Amber Room is a singular treasure. It was originally completed in the 18th century in a palace near St. Petersburg, Russia, paneled with six tons of precious amber, elaborately carved and decorated with gold. After advancing German troops captured the palace in 1941, the 600-square-foot room was dismantled and carted off to Königsberg Castle in East Prussia, where it was later exposed to British bombs and Soviet shells. Berlin sent orders in January 1945 to evacuate high-value cultural items from the castle, but what happened after has never been clear.

The Soviets declared that the Amber Room was destroyed in April 1945, as Königsberg was falling to the Red Army, and in the 1970s they built a replica. Others said the precious amber panels had been aboard the Wilhelm Gustloff, a German military ship, when a Soviet torpedo sank it in the Baltic. Further theories abound.

Mamerki, 60 miles south of Königsberg (now called Kaliningrad), is not an unlikely place to look. The bunker was part of a heavily fortified headquarters for German ground forces on the Eastern Front.

So the Polish authorities plan to burrow into the bunker in the coming weeks to see what, if anything, is inside.

Mr. Plebanczyk, the museum director, said he was quite certain they would find the Amber Room — or, “worst-case scenario,” a cache of precious paintings.


Because of a translation error, an earlier version of this article misquoted Bartlomiej Plebanczyk. Of the Nazi bunker his museum scanned with ground-penetrating radar, he said, “This is the perfect place to hide something if you have to move it quickly out of eastern Prussia” — not “eastern Russia.”