Major collection of Nazi-confiscated posters to be sold at auction 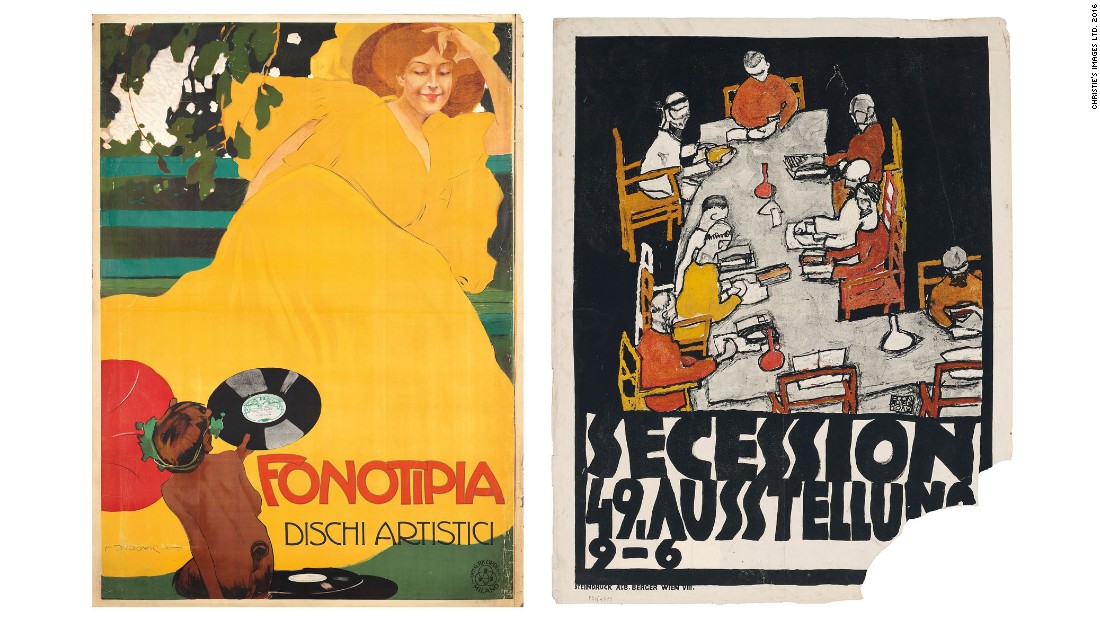 Dr Hans Sachs had a passion for posters. Smitten with the bold graphics and experimental style of early 20th century poster design, the German-Jewish dentist began a collection that spiraled into the thousands and featured the leading artists of the era.

So devoted was Sachs to this new and exciting form of advertising that in 1905 he formed the world's first poster collecting society in Berlin. He went on to publish Das Plakat (The Poster), an international magazine with a loyal following.

Through glamorous images of absinthe, cruises and corsets, his poster collection told the story of the first third of the 20th century and become known as the largest in the world. With some estimates numbering it as high as 30,000, it included prints by Vienna Secession artists including Egon Schiele, Alfred Roller and Koloman Moser, as well as painters from Scandinavia and North America.


But after the Golden Twenties, the ugly tide of Fascism swept through Europe and in 1933 the Nazis were elected in Germany.
During "Kristallnacht" in November 1939, the Night of the Broken Glass, Sachs was arrested by the Gestapo and imprisoned. In organized attacks across Germany, 30,000 Jewish men were rounded up and taken to concentration camps, while 91 were killed.
Sach's vast poster collection was seized; he never saw it again.
Now 100 of the rare posters are being auctioned in London. They are expected to fetch upwards of $435,000, but the journey to get here has been a long, uphill struggle.


After his arrest, Sachs was released through the help of friends and relatives, and he moved to America, believing his poster collection destroyed.
He was later told the collection was lost -- in 1961, he received $130,500 (225,000 DM) from the German Restitution Laws, passed in the 1950s to compensate victims for some 650,000 artworks stolen during Nazi rule.


Accounts differ as to whether Sachs found out about his beloved collection's existence before his death in 1974, but decades later, his son stumbled across a reference to the archive in the German Historical Musuem (DHM) during an online search.
Peter Sachs fought a lengthy court battle over seven years to win back the items. After two appeals, the case went to Germany's highest court for civil affairs.


"There's many versions of what actually happened," said Nicolette Tomkinson, specialist at Christie's London where the posters are being auctioned. "Apparently [Sachs] did find out that his collection was in existence before he died, but didn't actually get anywhere with the German authorities. It was only when a family member discovered this collection in the DHM museum that they took it further and started the process of it being restituted."
"The whole family are very emotional [about] what's happened. They're delighted...ideally I think they'd have liked to keep it all together but they're just glad that they'll be seen again, rather than sitting in the basement of a museum." 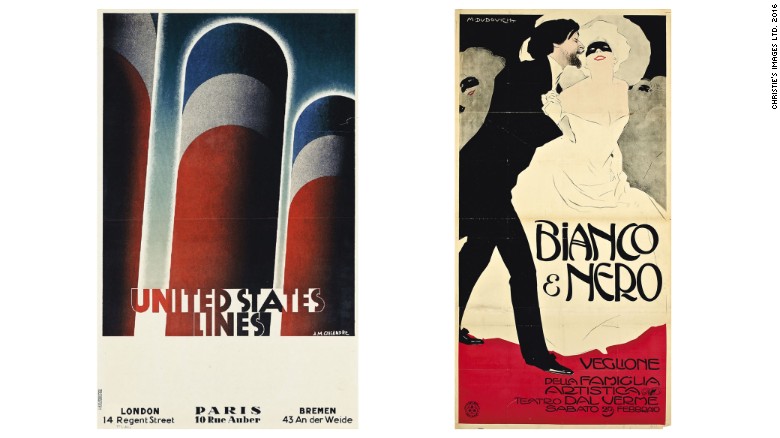 Estimates for each poster start at $1,150 and range up to $26,000, though Sachs would have paid very little for them at the time. Originating in Paris around 1900, the paper prints were one of few forms of advertising around and would be sold for a small amount or given for free.
Though each design may have produced a thousand or more prints, since they were pasted over by the next advert on the wall, the number that have survived the decades is likely to be very few.


From chocolate to champagne and winter sports, companies used them to introduce a new product or service and the public lapped up their exotic designs. Like today's glossy magazines, they conveyed an aspirational, coveted lifestyle.
"People would look forward to the next poster coming out, " said Tomkinson. "In one collection we had in Australia, a teacher would write to all the railway companies in Europe and ask them to send them the latest poster. He used them to teach a generation of school children their geography."

'Golden period'
Over more than a century, posters have evolved from a highly creative form of advertising to ubiquitous throwaways that come free with teen magazines.
"I don't think we'll ever have that golden period again," said Tomkinson.


"Because so many artists embraced poster design - it was something they could experiment with, it was something different - we ended up with a huge range of different artistic styles.
"You can compare two or three posters from the same period and see completely different styles being used."
The striking designs were printed individually on a lithographic stone -- a technique that would be cost-prohibitive today.
"The quality is very, very high," said Tomkinson. "If you put a reproduction next to the original, it's blatantly obvious."
"They're conversation pieces. Posters only had a very short time to catch the viewers' attention, therefore they have to be very visually strong to be successful.
"I think that's why people like them."