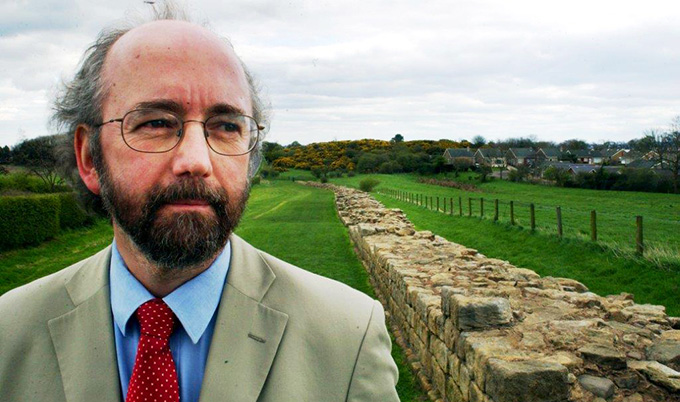 Peter Stone, UNESCO Chair in Cultural Property Protection and Peace, Newcastle University and Chair of the UK National Committee of the Blue Shield

Announced as part of the Queen's Speech, the move will see Britain finally ratify the Hague Convention for the Protection of Cultural Property in the Event of Armed Conflict, which was agreed in the Netherlands in 1954.

Chance to establish UK as an international leader

Professor Stone, who is Chair of the UK Committee for the Blue Shield - frequently referred to as the “cultural equivalent” of the Red Cross - said:

"Taken with the recently announced Cultural Protection Fund the commitment to ratification provides a real platform for establishing the UK as an international leader with respect to the protection of cultural property in the event of armed conflict."

“I look forward to working closely with the UK Armed Forces and others to ensure that whenever and wherever the UK deploys its personnel overseas that they are fully prepared to ensure cultural property can be protected whenever possible.”

Robbing the world of its past

Professor Stone has been working with a number of national and international military organisations to promote the protection of cultural property during conflict. He is also collaborating with UNESCO World Heritage sites worldwide to investigate how they can be used as tools for peace.

This builds on his earlier work to develop a four tier approach to cultural property protection. This provides a framework for heritage experts and the military to work together to ensure the safeguarding of historical sites at four key stages of conflict: immediately pre-deployment; during conflict; during post-conflict stabilisation and in the long term.

“In any conflict, there are not just the human casualties but also casualties in terms of the cultural property and heritage of a society. Its destruction, and the associated trade in illicit antiquities, strikes at the identity, cohesion, well-being, and economic potential of affected communities and undermines opportunities for intercultural dialogue. It robs the world of its past.

“More often than not, it is simply accepted that cultural property such as buildings or artefacts of historical or religious significance will be ‘collateral damage’ during conflict. However, almost every military theorist since Sun Tzu, writing in China more than 2,500 years ago, has argued it is bad military practice for an army to destroy or loot the cultural property of their enemy since it provides the motivation for retaliation and continued conflict.

“Working with the military and those directly affected by conflict at these sites will help to increase understanding of the importance of cultural property. This means that cultural property can be included in pre-conflict planning and the right steps are taken to ensure its protection.”

Following the appalling destruction of cultural property during the Second World War the international community came together in 1954 and produced The Hague Convention on the Protection of Cultural Property in the Event of Armed Conflict. An additional Protocol was added in 1954 that dealt with the reparation of material and, mainly as the result of the fighting in the former Yugoslavia, a 2nd Protocol was produced in 1999 making it possible for the intentional damage to or destruction of cultural property to be classified a war crime.

Amongst other provisions, the 1954 Hague Convention provides an internationally recognised, legally binding framework by which the UK’s Armed Forces can operate both at home and overseas. Property protected under the convention and its protocols are identified by a Blue Shield insignia.

Find out more about Professor Stone's work into protecting cultural property during war.