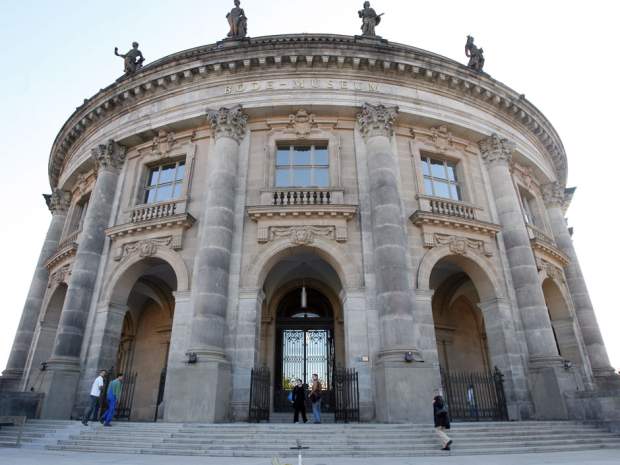 JOHN MACDOUGALL/AFP/Getty Images59 Renaissance sculptures were missing from the Bode Museum in Berlin since the Second World War.

In the nicest way possible under the circumstances, and in the true spirit of international co-operation, cultural authorities in Berlin and Moscow are at last doing their best to paper over a potential scandal that has bothered museums in both countries since the 1940s.

Together they announced last week that 59 Renaissance sculptures, missing from the Bode Museum in Berlin since the Second World War, have been found — what are the odds? — in storage at, of all places, the Pushkin State Museum of Fine Arts in Moscow.

How could that happen? Well, when Nazi Germany invaded Russia in 1941, the Blitzkrieg destroyed many historic treasures. So when Russia was conquering Germany in 1945, the Red Army took along teams of experts, sometimes called Trophy Brigades, to collect art for installing in Soviet museums.

According to a credible estimate, the loot amounted to 2.6 million pieces of what the law calls “cultural property,” ranging from the smallest icon to the Great Altar of Pergamon, a major Greek monument from antiquity.

The greatest Russian museums have a tradition of exhibiting stolen art, to the distress of the descendants of collectors who have to pay admission to see the symbols of the money their great-grandparents didn’t get a chance to leave them. Visitors to the Hermitage in St. Petersburg, for instance, can see a beautiful collection of paintings from Picasso’s Cubist period. They were collected by once-rich Russians who spent the winter in France, then took their purchases home just in time for the Bolsheviks to acquire them on the what’s-yours-is-ours principle. 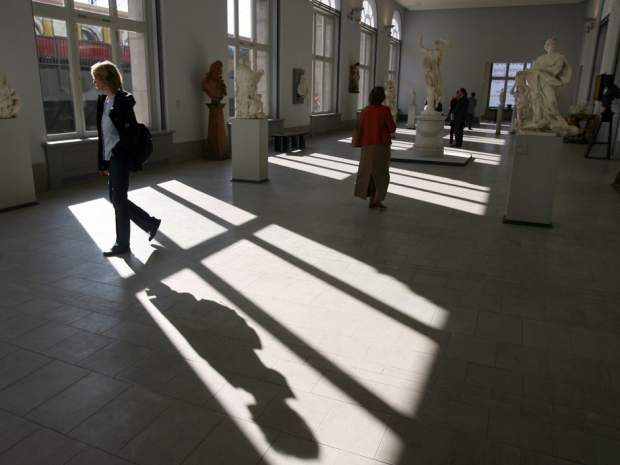 JOHN MACDOUGALL/AFP/Getty ImagesBerlin's Bode Museum, often called the Louvre of the German capital for the vastness of its collection, reopened 17 October after five years of renovations to the neo-Baroque building.

When they dealt with Germany, the Soviets made an exception. After 1945, when East Germany became a satellite of the Soviet Union, Moscow was overcome by the spirit of communist brotherhood and returned much of the booty, maybe a million recently captured items.

Presumably the Russians forgot Berlin’s Renaissance sculptures or misfiled them or figured Berlin might not want them back — some were in wretched condition, having come twice through fires that resulted from bombing in 1945.

The Bode Museum’s lost collection lay apparently forgotten until 2005, when German and Russian curators began wondering what had survived. Last year, the research team revealed that a damaged piece by Donatello (a bronze depicting John the Baptist) could be restored. The further “discovery” of the remaining 59 sculptures was called a “sensational find” by art scholars.

Over the last six decades the Moscow curators haven’t spent a lot of time repairing this particular cache of fine art. According to Neville Rowley, curator of Italian Renaissance art at the Bode Museum, “They can’t currently be shown because of the state they are in. Some are even in fragments.” Beside Donatello, the sculptors represented include artists such as Luca della Robbia and Nicola and Giovanni Pisano. There are plans to exhibit the sculptures at the Pushkin Museum once they’re restored. Could be 2019.

The story of the Great Altar of Pergamon museum takes another twist. It’s housed now in a monumental building created to display this splendid example of ancient Greek culture expressed in three dimensions. People who have known about it all their lives still gasp when they enter this space on the Museum Island in Berlin. No museum anywhere contains a more powerful image of the classical world than Pergamon.

The city of Pergamon is now in Anatolian Turkey but it was the capital of the Kingdom of Pergamon during the Hellenistic period of the last two centuries BCE. In style it follows accurately the Acropolis in Athens. One major series of sculptures depicts the Gigantomachy, a war between Giants (powerful creatures in human form, said to be buried under volcanos, where they cause eruptions) and their enemies, the hierarchy of Greek gods, led by Zeus.

In the 1870s and 1880s, a German engineer, Carl Humann, excavated the original site of the altar to rescue the sculptured friezes and examine the building that held them. Humann had German state backing and an agreement, he said, that all frieze fragments were to be the property of the Berlin museums.

In 1945, the Red Army seized the contents of the museum and took everything to the Soviet Union. Dismantling the building must have been a major project. In 1959, the Soviets returned it to East Germany and the altar looked as it had before the war. In 1960, I visited it with great excitement and noted that a pamphlet handed to visitors said that during the Second World War the altar had been sent temporarily to the Soviet Union for safekeeping.

In 1998 and again in 2001, a new claimant was added. The Turkish culture minister demanded the return of the altar and other artifacts since they were dug out of Turkish soil. The Germans rejected that suggestion. At the moment, however, no one can see the Pergamon Altar; in 2014 it closed for a five-year remodelling process. It should reopen in late 2019 or early 2020.

It’s believed that a million or so art objects (including rare books and archives) collected by the Trophy Brigades remain in Russia and other former Soviet states. Germany considers these items German property. Russia considers them compensation for Russian losses. Hermann Parzinger, president of the Prussian Cultural Heritage Foundation said last week, “We can’t rule out finding more.”

In at least one way, the Second World War continues on a new front.