At long last… It was announced in the Queen’s speech yesterday that the UK Parliament would see the introduction of a bill to ratify the 1954 Hague Convention for the Protection of Cultural Property in the Event of Armed Conflict. This is a positive sign and one that had been hinted at (with little more) by successive British governments since the early 2000s. Now it appears the time has come. 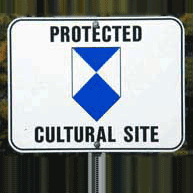 And certainly not a moment too soon. The Convention has been around for over 60 years and already has 127 states parties. That’s only a few less than the UNESCO 1970 Convention and includes a broad range of signatories, from the United States, Canada and Australia to Italy, Serbia and Cambodia. In fact, it was seen by many as a slight embarrassment that the United Kingdom had yet to accede to the instrument. The excuse (at least over the past fifteen years) had always been ‘not enough parliamentary time’. Well, it’s nice to see that these deflections are now a thing of the past.

Now it will be a question of what statutory language the bill will eventually employ. It is to be given the rather grand title of Cultural Property Bill and, in conjunction with the formal ratification of the Hague Convention, will include a new criminal offence for dealing in cultural property illegally exported from an occupied territory, as well as providing for the designation of protected cultural property by the Convention-recognised Blue Shield symbol.

The criminal offence, in particular, will form an important corollary to the current offence of dealing in ‘tainted’ cultural property under the Dealing in Cultural Objects (Offences) Act 2003, which relates to cultural objects that have been excavated or removed from a cultural edifice (see the piece about a recent conviction under the Act). Now, at least in regards to occupied territories, the offence relates to illegal exports, which arguably goes a step further. The details of the new Bill, of course, will provide the specifics on this. Of special interest will be how far the term ‘occupied territory’ will extend and what definition will be provided for ‘illegally exported’. Keep in mind that in the case of illegally removed Iraqi and Syrian material, offences already exist under UK law: see the Iraq (United Nations Sanctions) Order 2003 and the Export Control (Syria Sanctions (Amendment)) Order 2014.