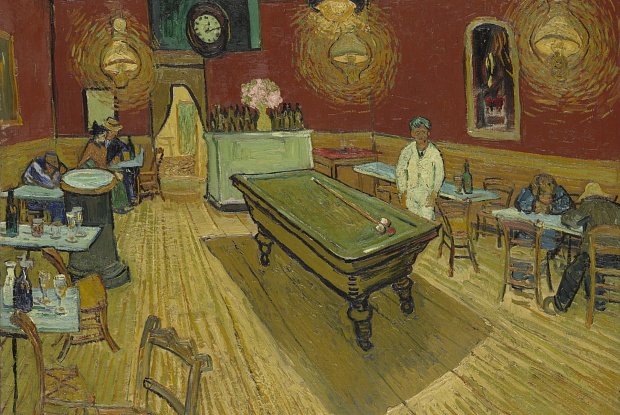 Vincent Van Gogh’s $200m painting, The Night Café (1888), is to remain hanging at Yale University after the US Supreme Court rejected an appeal over its ownership. The decision last week ends a lengthy legal battle between the university and Pierre Konowaloff, who first wrote to Yale in 2008, arguing that the work was stolen from his family during the Russian Revolution. Yale then filed a lawsuit against Konowaloff in 2009 pre-emptively, after which Konowaloff filed a response and counterclaim.

Konowaloff’s lawyer, Allan Gerson, accepted there was nothing else he could do. “This is the end of the road,” Gerson told the student paper, Yale Daily News. “There is not much I or anyone can do except respect the rulings of the court, but I do believe there has been a miscarriage of justice.”

Alexander Dreier, the vice president and general counsel at Yale, said the university had been confident that the Supreme Court would not accept the appeal. “We don’t see any opening for a new challenge to Yale’s ownership,” Dreier said.

Konowaloff had argued that his great-grandfather, the industrialist and aristocrat Ivan Morozov, bought The Night Café in 1908. The Bolsheviks seized Morozov’s extensive collection in 1918 and the Russian government later sold the Van Gogh painting, according to court papers. Yale alumnus Stephen Clark, heir to the Singer sewing machine empire, bought the painting in 1933 and bequeathed it to Yale upon his death in 1960.

Affirming an earlier decision, a federal court of appeals sided with Yale in October, citing the “Act of State” doctrine, which prevents US courts from second-guessing the policies of foreign governments. In 2012, the appeals court ruled against Konowaloff in a similar dispute with the Metropolitan Museum of Art in New York over a painting by Paul Cézanne, which Clark bequeathed to the museum in 1960.