Swiss under pressure over art that Jews were forced to sell 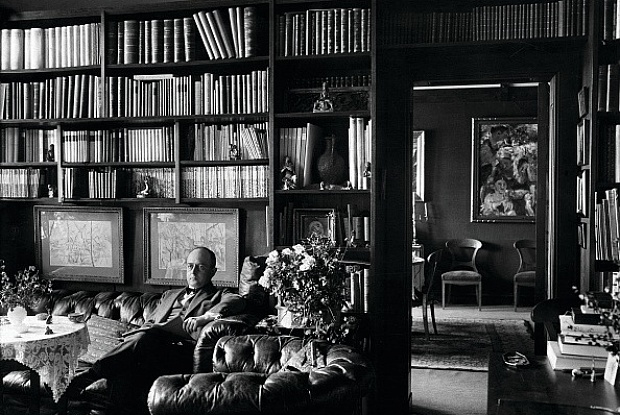 Curt Glaser sold his Munch painting, which was trapped in Berlin, for a “ridiculously low” price to the Zurich Kunsthaus during the Second World War. Photo: Ludwig Boedecker/ullstein bild via Getty Images

Pressure is growing on Swiss museums to accept that works of art sold by Jewish refugees to help them escape from the Nazis were forced sales, and that the works should therefore be returned to their heirs. Speaking in Zurich last month, Ronald Lauder, the president of the World Jewish Congress, proposed a plan of action, which he described as “long overdue”.

Lauder said he had turned his attention to Switzerland after Cornelius Gurlitt bequeathed his entire collection—some of which had been looted from Jews by the Nazis—to the Bern Kunstmuseum. The museum has said it will refuse to accept any Gurlitt works with tainted or unclear provenance, and that they will remain in Germany for further research.

Whereas the German government has pledged to return any art in Gurlitt’s hoard that had been “lost due to Nazi persecution”, Swiss museums have traditionally rejected claims for what they term fluchtgut (flight assets)—art sold by Jewish refugees to fund their escape or to start new lives after losing the rest of their possessions, their homes and their livelihoods under the Nazis.

One of Lauder’s demands was that Switzerland treat fluchtgut claims in the same way as claims for looted art. “Could it possibly make any difference if the painting was taken off the wall by a Nazi or if its Jewish owner was forced to sell that same painting to one of Hitler’s art dealers for almost nothing?” he asked in his speech at Zurich’s Kunsthaus on 2 February. 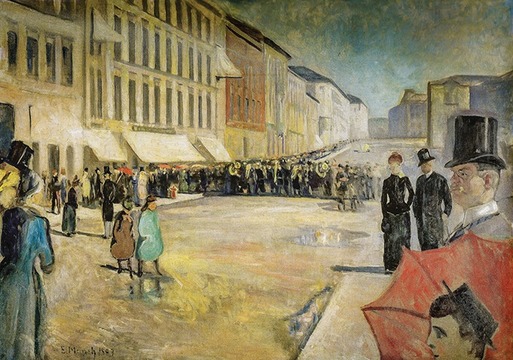 The argument has simmered for decades. The heirs of the Jewish art historian Curt Glaser, for instance, approached the Kunsthaus about a fluchtgut painting in its collection in the 1990s. Suspended from his job and evicted from his Berlin apartment, Glaser had escaped Nazi Germany in 1933 for Switzerland. After the Second World War broke out, he pleaded with the Kunsthaus director to rescue an Edvard Munch painting still in Berlin by purchasing it. Glaser wrote saying he would view any offer “from a different perspective than before the war”. The painting, Music on Karl Johan Street (1889), still hangs in the Kunsthaus. Glaser sold it “for a ridiculously low price”, says David Rowland, the New York-based lawyer who represents Glaser’s heirs. “And, of course, he used the funds to flee Europe. The problem has been that the Swiss have been unwilling to recognise fluchtgut cases.”

The Swiss culture minister Isabelle Chassot pointed out last year that the country is the only one to draw a distinction between fluchtgut and art lost due to Nazi persecution, and called for the latter term to be applied. Many in the Swiss museum community and art trade oppose that.

“Fluchtgut cannot be treated the same way as art that was sold in Germany and Austria,” says Marc Fehlmann, the head of collections at the Deutsches Historisches Museum in Berlin and the former director of the Oskar Reinhart Museum in Winterthur, Switzerland. “The Jewish refugees who sold art in Switzerland had full access to the proceeds, and Switzerland was a free country. Why isn’t Ronald Lauder talking about the art that was sold by refugees in the US and the UK?”

A fluchtgut case has, in fact, arisen in the UK. In March 2012, the Spoliation Advisory Panel issued a recommendation on a claim for 14 watches and clocks at the British Museum that a Jewish refugee had sold at Christie’s in London in 1939. Though the panel found the conditions of the sale met the minimum requirements for a forced sale, it said the price was not under value and that the moral strength of the claim was insufficient to warrant restitution or compensation.

Even though the UK fluchtgut claim was ultimately rejected by the court, the claimants could appeal to an independent panel in Britain; in Switzerland, no such body exists. Another of Lauder’s demands is that Switzerland establish such a commission.

“Each case has to be looked at individually,” says Olaf Ossmann, a Swiss lawyer who specialises in Nazi-looted art. “Was the sale voluntary? Would it have happened without the Nazi regime? Did the seller get the money? Did he get a fair price?”