Germany to Continue Funding to Establish Provenance of Looted Art 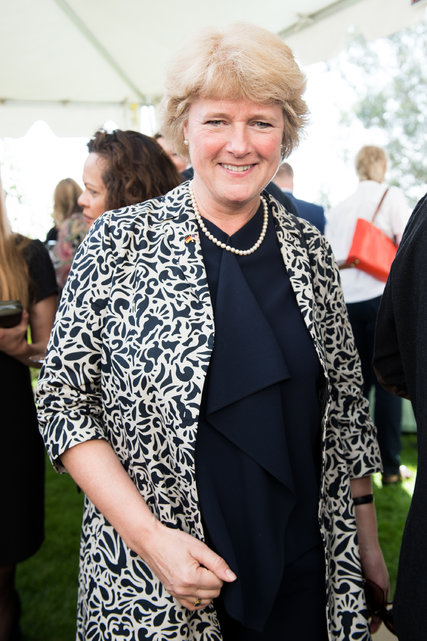 BERLIN — Germany will pay for at least another year of research and hire extra people to establish the provenance of works owned by Cornelius Gurlitt, a reclusive Munich collector who sat on a trove of 1,500 artworks acquired by his father, a dealer for the Nazis, Germany’s culture minister said before her first official visit to the United States.

The minister, Monika Grütters, said in an interview on Friday that the decision to spend more money and effort on the Gurlitt collection is “what we owe the victims,” and she reaffirmed Germany’s pledge to return any looted art to its rightful owners or their descendants.

Issues surrounding the collection have overshadowed Ms. Grütters’s 26 months in office. In January, after a two-year, nearly $2 million investigation, a task force she appointed announced that it had found the rightful owners of just five of the works whose provenance was in doubt.

Her nine-day trip began last weekend in California, where she attended an Oscars party. On Tuesday, she traveled to Silicon Valley, now an obligatory stop for German ministers grappling with the impact of huge American technology companies. Her particular focus there was on Google, which has come under intense scrutiny by European privacy regulators.

She said that there was much to admire about Google, but that “with 90 percent of all search hits” it “is also a problem.”

Ms. Grütters, 54 and an art historian by training, acknowledged that many people had been disappointed by the results of the Gurlitt task force, which was set up after the collection emerged in 2013.

“We all had higher expectations than we could meet, and that is because this is a singular case,” she said. “It is so extraordinary that there is no pattern to follow.”

As World War II recedes into history and survivors of the Nazi era become fewer, provenance research and restitution is generally becoming harder to execute.

But the Gurlitt collection is even more fraught than other disputes. The German government came under fierce criticism from art experts and Jewish groups for keeping the discovery secret for more than a year, until a newsmagazine broke the story in 2013, forcing the authorities to go public.

The death of Mr. Gurlitt in May 2014 has added other complications. In cases where there is a museum and a claimant, she said, there are two clear sides to a restitution claim, but in the Gurlitt case, “one side is not there at all” because he is deceased.

That puts the onus on German researchers to do “faultless” but slow provenance work, Ms. Grütters said. Otherwise, she said, there is the danger that works could be incorrectly awarded, which could amount to “a second seizure” of stolen art.

The task force finished its work on Dec. 31, and its report was released in January. The full report is available online in German with a summary in English. Responsibility for the Gurlitt collection has now passed to the Center for Lost Art in Magdeburg, where a staff of 20 will be augmented according to need. Ms. Grutters’s total budget for provenance research is now 6 million euros, or about $6.5 million, three times what it was three years ago.

In contrast to initial hopes, she said, only 30 to 50 of the 1,500 artworks were of superior quality. As for the rest, “many of these works are works on paper, are drawings, are multiples, prints and are usually not documented.”

In addition, a cousin of Mr. Gurlitt, Uta Werner, has contested his will and decision to leave the collection to the Kunstmuseum in Bern, Switzerland. Settling that lawsuit, pending in a Munich court, “would give us more room for maneuver,” Ms. Grütters said.

She said the restrictions were frustrating — “I am an impatient person and would rather give it all back today, not tomorrow” — but she rejected critics’ assertions that the German government was dragging its feet.

Ms. Grütters said that she intended to exhibit works from the collection in Bonn this year, and later in Bern. “Perhaps you will see our good intentions when the show is open,” she said.

Ms. Grütters said that the Gurlitt case had spurred her and the German justice minister, Heiko Maas, to discuss a law that would encourage private owners to return looted art.

Most museums have committed to the 1998 Washington conference principles on identifying and giving back art looted by the Nazis, but individual owners are not bound by the agreement. And the only crime not falling under a 30-year statute of limitations in Germany is murder, she said, so there is nothing binding private owners to restitution.

Mr. Maas had floated a proposal of some kind of financial incentive for collectors to hand over individual works, she said — “but you cannot reward people for voluntarily giving up a work of art which they stole.”

Germany does have a board known as the Limbach Commission that mediates in controversial restitution cases, but it can only issue recommendations.

Ronald S. Lauder, the president of the World Jewish Congress and a prominent art collector, said the commission had “no teeth” in a telephone interview before a meeting with Ms. Grütters in New York on Friday.

Mr. Lauder said that when Ms. Grütters first came to office, Mr. Lauder was “truly impressed by her knowledge of art.” But since then, he suggested, bureaucrats beneath her have undermined some of her good intentions.

Ms. Grütters said she had recently been encouraged by Germany’s Jewish community to appoint a Jewish figure to the commission, which was founded in 2003.

“We did not do this, and for good reason,” she said, because that person “would be the only voice who would be prejudiced.”