A painting by Polish artist Horacy Vernet (1789-1863) has been found in a collection once owned by an art expert who worked for Adolf Hitler. 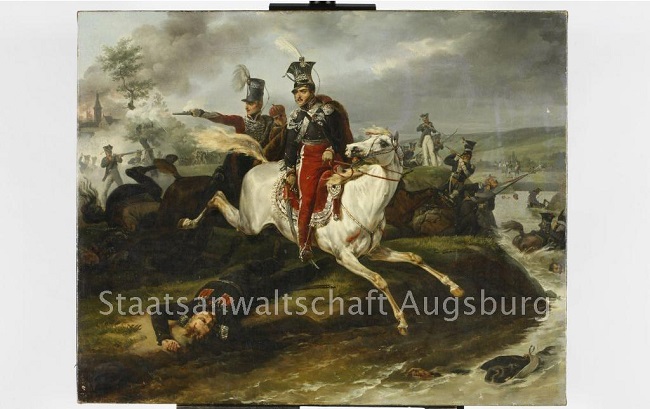 The Death of Prince Józef Poniatowski in the Battle of Leipzig. Photo: lostart.de

The oil-on-canvas painting depicts the 1813 death of Prince Marshal Józef Poniatowski at the battle in Leipzig.

“Vernet’s vision was so strong that in the nineteenth and early twentieth century, it was copied in countless paintings, artworks as well as other artistic uses: on teacups, plates, cups, clocks, etc,” said the Communi Hereditate foundation, which broke the news on Monday.

According to the lostart.de website, the provenance of the painting traces it back to Maria Teresa Tyszkiewicz, née Princess Poniatowski, in Paris.

The painting is part of almost 1,400 artworks found in the apartment of Cornelius Gurlitt in Munich in 2012. Gurlitt is the son of dealer Hildebrand Gurlitt, who was assigned by Adolf Hitler to dispose of “degenerate art” confiscated by the Nazis during WWII.

The report into the haul has just been completed following over two years of painstaking research by the Task Force Schwabing Art Trove, a group of international experts assigned to the case. (rg)