He Stole from Hitler

Was Gurlitt a craven plunderer or a heroic savior of the avant-garde? 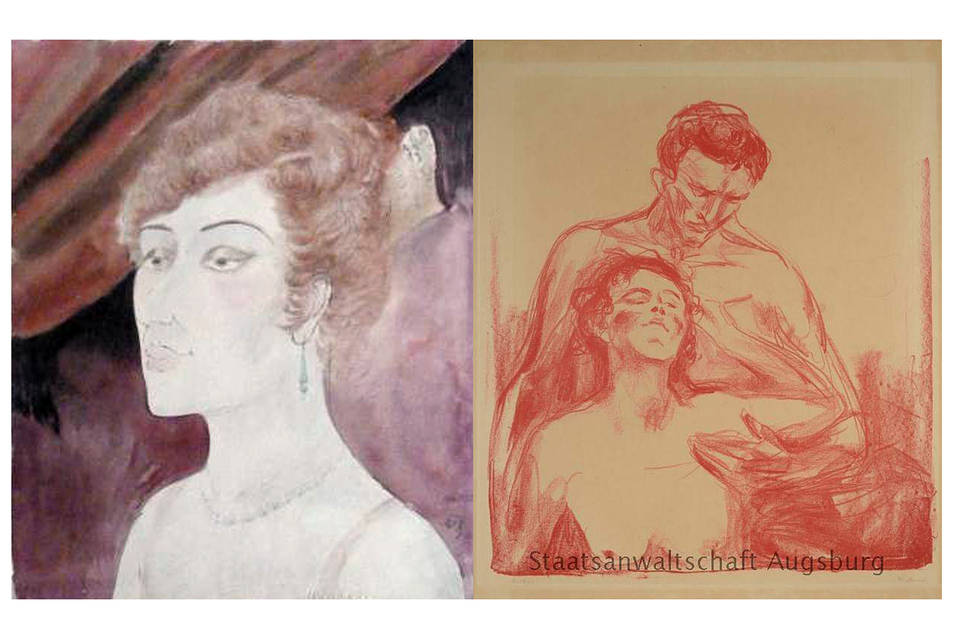 Among the many mysteries surrounding Islamic State, few have attracted more attention than its abhorrent attacks on ancient monuments. On the one hand, subscribing to an extreme form of Salafist iconoclasm, its leaders seem determined to destroy anything that reeks of idolatry—leaving a trail of annihilation that now extends to some of the most important temples at Palmyra. Yet at the same time, they have shown perverse appreciation of the value of antiquities by industriously plundering and selling artifacts to finance their operations.

This flexible approach to totalitarian aesthetics is hardly new. In 1937, the Nazi government stepped up its campaign to shame and eradicate “degenerate” Modern art, seizing more than 20,000 artworks—by artists ranging from Van Gogh and Cézanne to Edvard Munch and Otto Dix—from dozens of German museums. There was talk of burning the entire trove publicly, but the banned art was prized outside Germany, and propaganda minister Joseph Goebbels quietly established a commission to make money for the Reich by trading it abroad instead.

In recent years, the Nazis’ contradictory valuation of Modernism has come increasingly into focus as researchers have brought to light the fate of looted paintings. Nowhere has this been more striking than in the strange case of the art dealer and avant-garde promoter Hildebrand Gurlitt (1895-1956). Gurlitt, who was a quarter Jewish, was one of four Modern art experts chosen by Goebbels to sell the confiscated museum works. But he didn’t come to the world’s attention until November 2013, when a German magazine revealed that prosecutors were investigating a cache of more than 1,200 drawings and paintings found in the Munich apartment of his reclusive elderly son.

The “Gurlitt hoard” provoked an international sensation, much of it centered on the fact that some of the most valuable works had been looted from Jewish owners. And it raised complicated questions about the figure who amassed a billion-dollar collection of “degenerate” masterpieces while working for the top echelons of the Nazi leadership. Now two books set out to tell Hildebrand Gurlitt’s story, revising some of our assumptions about the Nazi art world in the process.

In “Hitler’s Art Thief,” Susan Ronald situates Gurlitt’s life and career amid the turmoil of Weimar Germany and then the evolution of Nazi art-looting campaigns from the late 1930s to the end of World War II. While indulging in shopworn sketches of leading Nazi officials and overwrought psychological speculation, Ms. Ronald, a popular historian, presents many new details about Gurlitt’s dealings. In “The Munich Art Hoard,” Catherine Hickley, a reporter for Bloomberg News, focuses more narrowly and successfully on Gurlitt himself and the spectral existence of his odd son, who died in 2014. She provides an agile account of the dealer’s commitment to Modernism and Germany’s bungling effort to address the art he stockpiled. (Just four paintings have been recommended for restitution so far.)

Gurlitt was born into a well-to-do Dresden family with privileged connections to the art world. His grandfather, Louis Gurlitt, was a landscape painter of considerable renown (his work was admired by Albert Speer) who had married into a prominent family of assimilated Jews; his father was a distinguished historian of baroque architecture. Through his father’s help, Ms. Ronald informs us, Gurlitt was assigned during World War I to Germany’s heritage-conservation unit in Belgium, “charged with safeguarding art . . . just behind the front line.” In striking contrast to the Nazis’ activities, this earlier German effort was mostly high-minded and was a model for the U.S. “Monuments Men” in World War II.

But Gurlitt was far more excited by the German avant-garde. As a young museum director in the Saxon town of Zwickau in the 1920s, he hired designers from the Bauhaus to refurbish the galleries and brought in the Modernist composer Paul Hindemith to give recitals. His flamboyant exhibitions raised the ire of early Nazis, and when they triumphed in local elections in 1930, he became the first museum director in Germany to fall victim—“sacked,” Ms. Ronald writes, “for his love of modern art.”

Yet the resourceful Gurlitt, who had already begun a lucrative second career as an art dealer, saw a way to turn the situation to his advantage. Not long after the Nazis came to power in 1933, Ms. Ronald writes, he traveled to Naples with one of his most important clients, determined “to acquire Renaissance or earlier art as a basis for trade with the Reich.” Though she provides no details, she surmises that Gurlitt was anticipating the Nazi wartime strategy of selling off avant-garde paintings to acquire Old Masters. He “saw the benefit of ‘saving modern art’ while becoming rich,” she writes.

In any case, there were still avid collectors of the officially shunned artists. In Hamburg, Gurlitt set up a private gallery where, as late as 1936, he organized an exhibition of the exiled artist Max Beckmann. One of the visitors was Samuel Beckett, who recalled being offered a “gruesome & uneven” portfolio of drawings by Otto Dix.

Whether such activity was “daring”—as Ms. Hickley describes it—Gurlitt’s dealing prowess was enough to land him the coveted assignment to dispose of Germany’s “degenerate” art. Ms. Ronald explains how Swiss trusts were used to trade artworks for foreign currency at a discount, a mechanism that allowed Gurlitt and other dealers to off-load thousands of works to international buyers—some of them destined for American museums. Modern art, she writes, became a “method of payment for war matériel.” But more than 300 of the works Gurlitt reserved for himself.

The dealer found even greater opportunities in Nazi-occupied Paris, whose markets were awash in paintings confiscated from Jews. Taking up with the Russian wife of a Swiss banker and diplomat, he traded art on behalf of the Dorotheum state auction house in Vienna and, from 1943, for Hitler’s own art commission, which was building a huge collection for the planned Führermuseum in Linz. By the liberation of Paris in August 1944, Gurlitt had applied to export out of France more than 600 works with a total estimated value at the time of $90 million. Many of these works never made it to Linz or Vienna.

Gurlitt kept his name out of the transactions when he could, and much remains murky. But he amassed a huge fortune and a very large collection of art. In March 1945, with the Soviets closing in, he moved his family and 47 crates of paintings and drawings to a castle in southwest Germany, where he awaited the friendlier American forces. Other artworks, Ms. Hickley writes, he hid in an old mill and recovered years later.

Evading prosecution by the Allies after the war, he established himself as Düsseldorf’s leading Modern art promoter. When he was killed in a car accident in 1956, the city council named a street after him. Ms. Ronald sees all of this as the work of a craven plunderer who signed his letters “Heil Hitler” while bolstering a self-serving account about “rescuing” avant-garde masterpieces. Ms. Hickley is more inclined to view Gurlitt as an “anti-Nazi” who showed “courage” by “protecting the artists Hitler hated” but was corrupted and criminalized by the regime.

What both writers miss, however, is how much Gurlitt’s career exemplifies the ambiguous status of Modern art within Nazism itself. Not only was his expertise financially valuable to the members of the Nazi elite; some of them were fellow enthusiasts. Baldur von Schirach, the Gauleiter of Vienna, bought paintings by Gustav Klimt and Lovis Corinth from Gurlitt during the war. Officials as powerful as Speer and Goebbels were known to have Modernist predilections. As Jonathan Petropoulos noted in “Artists Under Hitler” (2014), a faction of the Nazi Party sought to reconcile German Expressionism with National Socialism well into the 1930s, even publishing a pro-Modernist magazine.

In this sense, Gurlitt’s “saving” actions might be better understood as the ruthless exploitation of a gap that had existed from the outset between ideology and practice. Even as the prohibition on “degenerate” art—and his own Jewishness—allowed him to claim victimhood, Gurlitt profited from the Modern art trade during the Third Reich as he never had before. The greater irony is that the Nazis never made much money from Gurlitt’s activities; he seems to have been as adept at ripping them off as he was working for them.

—Mr. Eakin is a senior editor at the New York Review of Books.