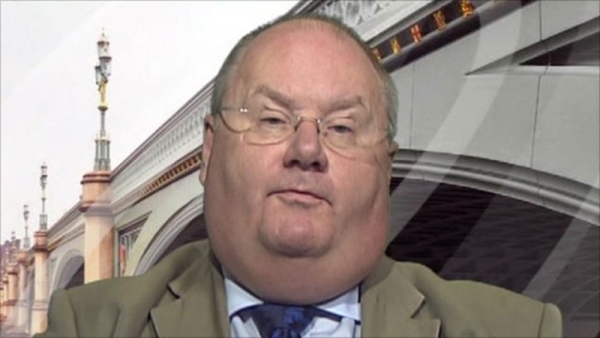 Sir Eric will work to develop international partnerships that can support the new world-class Learning Centre to be built in London and to advance Holocaust education, research and remembrance

Sir Eric Pickles, a prominent Conservative politician in the UK, has been appointed the country's Envoy on Post-Holocaust Issues, taking over from Sir Andrew Burns, who has served for 5 years in the role.

Sir Eric’s work is to ensure that the lessons of the Holocaust are never forgotten, including by future generations. As the UK Envoy he will play a prominent role in international discussions on all post-Holocaust matters.

Sir Eric will lead the UK delegation to the International Holocaust Remembrance Alliance. He will also sit on the International Commission of the International Tracing Service, which supervises the management of the records of the WW2 concentration camps and displaced persons’ camps. He will support delivery of the Prime Minister’s Holocaust commission report ‘Britain’s Promise to Remember’.

Sir Eric will also work to develop international partnerships that can support the new world-class Learning Centre to be built in London and to advance Holocaust education, research and remembrance around the world.

Sir Eric Pickles said: "I am very honoured to have been asked to take on this role. The UK is a leader internationally in ensuring the Holocaust is properly commemorated and the lessons learnt. I am deeply committed to ensuring we retain and build on this position over the years to come.

"I would like to pay tribute to Sir Andrew. He has worked tirelessly over the last five years, culminating in the successful UK chairmanship of the International Holocaust Remembrance Alliance in 2014."