A Chicago family's search for art lost to the Holocaust 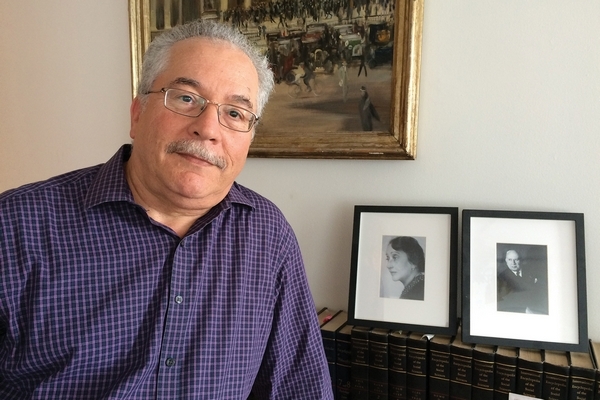 Jona Goldschmidt is embarking on his own Monuments Men story, searching for art his paternal grandparents were forced to relinquish by Germany's Nazi Party during the Holocaust.

“My parents didn't want to call attention to the art for fear the people holding it would never put the works up for auction or they'd try to hide it,” says the Chicago attorney who teaches criminal justice at Loyola University Chicago. Then came “The Woman in Gold” and “The Monuments Men,” Hollywood movies about reclaiming art seized by the Nazis. Goldschmidt was inspired to keep going. 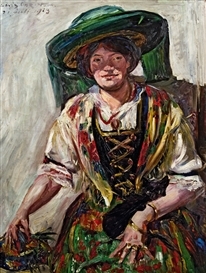 In coming months, he will make a claim with Art Recovery Group of London and New York for a portrait owned by his grandparents, “Tyrolean Woman with Cat” by Lovis Corinth, which showed up in an auction a few years ago. The buyer and seller were kept anonymous. The oil painting of the artist's daughter is listed on the Monuments Men Foundation's list of “most wanted” art.

“We're hopeful,” says Goldschmidt, 64, who with his two sisters and cousins hired Carrie Gough, founder of Veritas, a Chicago-based art consulting firm, to track down art taken from Thea and Fritz Goldschmidt. The Nazis forced Goldschmidt's grandparents to sell 13 pieces, including works by painters Max Liebermann and Wilhelm Trubner and sculptor August Gaul.

Goldschmidt's grandfather was a commodities broker and arbitration judge. The wealthy couple founded a hospital and the Jewish Museum in Breslau, a German city renamed Wroclaw when Poland's borders were redrawn after World War II. An office building co-owned by Fritz Goldschmidt still stands. In a bitter twist, Goldschmidt notes that ThyssenKrupp, a conglomerate whose predecessor firm supplied arms to the Nazis, has offices in the building.

As Hitler's campaign against the Jews escalated, the Goldschmidts sent their three sons, including Jona's father, out of the country for safety. The parents visited their sons around 1942 but weren't ready to join them because of unfinished business affairs, Goldschmidt says. “They never thought it would get so bad.”

Their possessions and properties were seized or put up for auction, and in 1943 the Goldschmidts were sent to Theresienstadt concentration camp and later to the Auschwitz extermination camp, where they died in 1944. Fritz was 72 and Thea was 56.

After the war, Jona Goldschmidt's father and an uncle sought financial restitution from Germany for their family's artwork. Without photos, that filing is key to possibly retrieving the artwork.

FROM ISRAEL TO CHICAGO

Goldschmidt was 5 when he and his two older sisters and parents moved from Israel to Chicago's South Side. He attended Lindblom Technical High School before earning a journalism degree from the University of Illinois at Urbana-Champaign and a law degree from DePaul University. After a decade practicing law, Goldschmidt earned a doctorate in justice studies from Arizona State University and has taught at Loyola for 18 years.

He's a car buff and book collector and volunteers as a judge for DePaul's National Cultural Heritage Law Moot Court Competition. “It allows me to understand more about my family's story,” he says.

He met Gough four years ago when he hired her to evaluate artwork that his maternal grandparents had shipped out of Germany, and she's now focused on finding his paternal grandparents' artwork. “It's painstakingly slow, but I'm passionate about helping this family,” Gough says.

Goldschmidt remains optimistic. Along with film stars such as George Clooney calling attention to lost art, news pops up sometimes about stolen art that's been retrieved. Last month, a train packed with plundered gold, jewels and art reportedly was found in an abandoned tunnel in Poland.

But restitution is rare, as countries differ in how they honor international agreements to return stolen art. “It's even more difficult” in regard to real estate, says Goldschmidt, who also wants to regain ownership of his grandfather's properties.

The website of the Polish Ministry of Foreign Affairs acknowledges there's “no simple formula” in pursuing such cases due to “complex historical” factors.