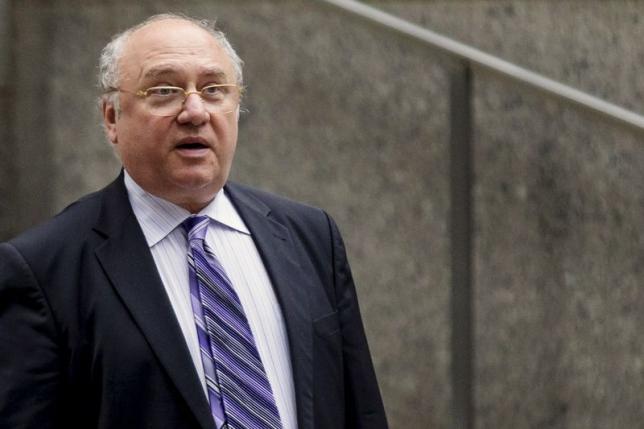 Russian art dealer Alexander Khochinskiy exits the U.S. Federal Courthouse following an extradition hearing in the Manhattan borough of New York, in this file photo from May 18, 2015.
Reuters/Brendan McDermid/Files

A Russian art dealer accused by Polish authorities of illegally acquiring an 18th-century painting stolen during World War II by the Nazis cannot be extradited from the United States, a Manhattan federal judge ruled on Monday.

U.S. District Judge Jed Rakoff dismissed the extradition case against Alexander Khochinskiy, 64, saying no evidence had been presented to show he knew when he acquired the painting that it was stolen from Poland.

Rakoff said evidence corroborated Khochinskiy's claim that he inherited the painting and only learned of Poland's claim to it in 2010 after having for years openly displayed the painting in his Moscow gallery and listed it in catalogs.

"This behavior is inconsistent with someone who knows his property is sought by a foreign government," Rakoff wrote.

U.S. authorities at Poland's request arrested Khochinskiy, who now lives in an apartment in Manhattan, in February. He was later released on a $100,000 bond pending the extradition proceedings.

A spokeswoman for Manhattan U.S. Attorney Preet Bharara, whose office pursued the extradition at Poland's request, declined comment. The Polish embassy did not immediately respond to a request for comment.

"Girl with a Dove" is one of 63,000 pieces that the Polish Ministry of Culture and National Heritage says were lost in World War II.

According to authorities, the painting was bought in 1931 by the Wielkopolska Museum in the Polish city of Poznan and taken during a looting by the German Nazis in 1943.

Artworks from the museum were found by the Russian Army in 1945 and were brought back to the former Soviet Union, authorities said.

While some works were returned, the whereabouts of "Girl with a Dove" became unknown, and Interpol came to list it as stolen.

In 2010, Khochinskiy contacted Poland about selling the painting, which he had by then been displaying in his gallery, saying he had learned the country believed it was stolen.

Khochinskiy claimed he inherited the painting from his father, a former Soviet soldier who hung the painting for years in his apartment in Leningrad and died in 1991.

An unidentified employee at Khochinskiy's gallery, though, told a curator at the Polish museum's successor, the National Museum in Poznan, that Khochinskiy bought it at an auction, according to authorities.

A judge in Poznan ordered Khochinskiy's arrest in 2012.