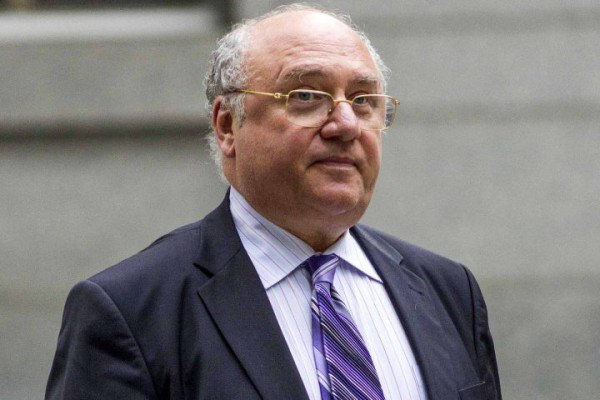 A US judge ruled on Monday that a Manhattan-based Russian art dealer, accused of illegally acquiring an 18th-century painting looted by the Nazis from a Polish museum in 1943, will not be extradited to Poland.

In February, the FBI arrested Alexander Khochinskiy, 64, after Polish authorities demanded he be brought to justice for allegedly harboring Antoine Pesne's painting Girl with Dove (1754). A judge in Poznan ordered Khochinskiy's arrest back in 2012. Under Polish law, the illegal acquisition, sale, or concealment of property "of significant cultural value" is punishable by up to 10 years in prison. Khochinskiy was placed under house arrest pending the extradition proceedings.

The extradition case was dismissed by US District Judge Jed Rakoff for lack of evidence that Khochinskiy knowingly acquired a stolen painting.

Rakoff reportedly ruled that evidence corroborated Khochinskiy's claim that he had inherited the painting from his father, and was not aware of Poland's claim to it until 2010. 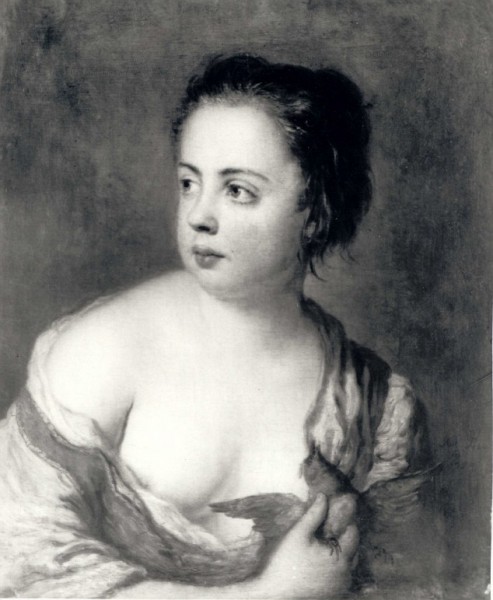 Until then, he openly displayed the painting in his Moscow gallery and listed it in catalogs. "This behavior is inconsistent with someone who knows his property is sought by a foreign government," Rakoff wrote.

Khochinskiy claimed that after learning about the painting's stolen status in 2010, he attempted its return, but international diplomacy has prevented him from giving it back.

The painting's tangled history began in World War II when the Nazi army looted it from the National Museum of Poznan. The museum had acquired the painting from the Prussian royal family in 1931.

It was painted in 1754 by Antoine Pesne, the French-born court painter to Prussian King Frederick II.

Nazi troops brought the painting back to Berlin, and when the Red Army conquered the city in 1945, the painting fell into Russian hands.

Khochinskiy says he does not know how his father came to possess the painting, but when his father died in 1991, ownership was passed to him.

According to an interview given to Radio Free Europe, when Khochinskiy became aware that the painting was listed as one of 63,000 works plundered from museums during World War II, he contacted Polish diplomats in Russia to arrange a compensation deal for the painting's return.

Khochinskiy claims that negotiations stalled in 2011, however, and that he had not been contacted by Polish authorities until he was arrested in February. 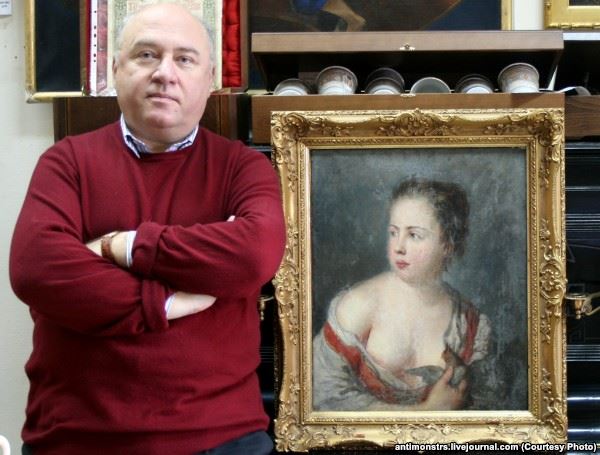 Khochinskiy next to the painting.
Photo: via Radio Free Europe

But Polish authorities claim that an unidentified employee at Khochinskiy's gallery told a curator at the National Museum in Poznan that Khochinskiy had bought the painting at an auction.

According to the Daily Mail, Polish authorities also say that a restitution claim was served on Khochinskiy in 2010 after an independent expert confirmed the painting's authenticity—a claim which Khochinskiy denies.

This isn't the first time Khochinsky finds himself entangled in an art-related intrigue. In 2006, he bought a collection of 26 letters that Voltaire wrote to Catherine the Great between 1768 to 1777, at a Sotheby's auction, for nearly €600,000.

Khochinskiy claims he handed the letters over to the state-owned Russian Channel One, saying they were going to broadcast the gifting of the letters to Vladimir Putin. However, the letters vanished, and the TV channel claimed they never received them.

Khochinsky then accused Channel One director Konstantin Ernst of involvement in the alleged disappearance of the letters, an allegation Ernst has denied. A spokesman for Putin said the Russian president "never saw these letters, and nobody ever gave him anything like this, or will give it to him."